Demersal Fisherman of the Year

David Milne has shown that he is a top whitefish skipper, with extensive knowledge of the fishing grounds both off the west coast of Scotland and in the North Sea. In more than 30 years as a skipper, he has demonstrated his skill at many types of fishing, including fly-shooting, single-boat trawling and pair-seining. During this time he has worked extremely hard to meet extreme challenges outside of his control, while remaining dedicated to fishing, including taking delivery of two new whitefish boats. David is also chairman of the White Fish Producers’ Association in Scotland, a role in which he is highly thought of and well-respected.

Pelagic Fisherman of the Year

Will has been fishing for about 20 years. His father was a fisherman for 45 years before him. Will is the skipper of the Girl Rona and the coxswain of the Teignmouth lifeboat. About 10 years ago the Girl Rona sank going over the bar into Teignmouth half full of herrings. Will’s lifeboat training came into good use by making sure the skipper and the other two crew got safely in the life raft.

Shellfish Fisherman of the Year – sponsored by Peterhead Port Authority

Joint Winner (Mobile Gear) – Stewart Poland, Albatross BA 88
Having been at sea for over 30 years, Stewart is a treasured skipper in the scallop sector. There are countless men who owe their knowledge and training to Stewart and he is widely acknowledged for his professionalism, gentlemanly style and his personal desire to see people do well and progress. His devotion to the industry and constant drive for improvement to scallop gear resulted in John Reid & Son Scallop Gear naming a dredge after him, and he now works for the company in its new warehouse.

Joint Winner (Static Gear) – Neil Barnard, Rachel May LH 23
Neil Barnard trained with his father-in-law, George Gray. He had always been interested in fishing but when he started going out with George he got the taste for it and has never looked back. Neil worked for seven years on the creel boat Telstar, before buying his first fishing boat, Gratitude (now Rachel May), from William Whyte. Rachel May will be sold in May and Neil is currently having a new 26ft catamaran built by Audacious Marine. This is a massive achievement for the Cove Fishermen.

Winner – The Fish Shop, Camberley
A large selection of very fresh fish and seafood from selected fishermen in Cornwall, with very friendly and helpful knowledgeable staff. Described as some of the most passionate staff customers have come across, selling produce they’re proud of, they offer excellent advice. You leave the shop feeling excited about the produce you’ve just bought. Passion for food is everywhere, but this team show just what being passionate means.

Processor of the Year

Since James and Marie Sutherland established Whitelink Seafoods in 1974, when they started to buy and pack winkles in the garage at the back of their house, a continual programme of gradual growth, based on sustained re-investment in the fishing industry, has seen the Fraserburgh company develop into both one of the leading processors in north-east Scotland and a major international company.

In addition to the Fraserburgh factory, where 180 staff are employed, Whitelink Seafoods has processing facilities at Newlyn, a production, sales and distribution factory in Boulogne, together with sales offices Germany and Spain and a processing factory in Iceland.

In 2019 Whitelink Seafoods took delivery of its fourth scalloper, Eternal Light, the company’s first new build, to further underpin consistent supplies of king scallops, which are processed for niche markets.

Winner – Odyssey Innovation
Odyssey Innovation Ltd offers free net recycling solutions for polyethylene trawl and nylon gill nets through its recycling partner Plastix. The net recycling programme has been developed to support both the fishing industry and conservation. There are no viable net recycling schemes in the UK, so most go to landfill. Plastix, based in Denmark, is the only specialist net recycler in Europe capable of dealing with our nets. The scheme also recycles rigid marine plastics. Net collection services operate at 16 SW harbour drop-off points and nets are recycled from the Ocean Recovery Project, net makers, beach clean groups, Keep Britain Tidy, the National Trust and nets found during dive retrievals by Fathoms Free.

Other finalists:
Fishing for Litter
The Wash Brown Shrimp Fishery

Service Company of the Year

Winner – Brixham Trawler Agents, Brixham
BTA prides itself on outstanding service to the commercial fishing industry. Provision of services is given to all vessels landing their catch at Brixham, whether they are locally registered vessels, or from other ports in the UK or further afield.

This quality service is provided 24 hours every day (some exceptions) and includes: sorting and grading; a daily auction; settlements within 24 hours of market; fuel; ice; box washing; landing assistance; transport and overland.

June 2019 BTA saw the start of the world’s first-ever online clock auction. KOSMOS was developed by BTA with the auction company Aucxis.

Fishing Port of the Year

Winner – Scalloway
In a year of dramatic transition, Scalloway harbour continued to provide an extremely high level of service to the skippers and crews of local and visiting whitefish boats, even though the port’s previous fishmarket was totally demolished in the process of building a custom-designed £3m facility in the same area. In a seamless transition, a temporary chilled and insulated fishmarket was created inside an existing warehouse, which delivered in all aspects during a year in which whitefish landings at Scalloway exceeded £15m. Continuing to provide ‘service as usual’ in a very unusual and challenging situation represents a unique and largescale achievement by all associated with Scalloway harbour.

New Boat of the Year – Demersal

Winner – Virtuous FR 253
The 24m twin-rig prawn trawler Virtuous has a totally new hull form, including a high-profile, parallel-sided bulbous bow, and main deck layout designed to accommodate a new concept of aft bagging arrangement. Catches are worked up on the portside of the main deck on which three split net drums are mounted forward. Virtuous was built by Parkol Marine Engineering, Whitby.

New Boat of the Year – Pelagic

Winner – Taits FR 229
With a LOA of 74.8m and a beam of 15.5m, Taits was specifically designed to operate from Fraserburgh harbour. The midwater trawler features a number of forward-thinking ideas designed to reduce the vessel’s carbon footprint and enhance operational safety and crew comfort. These include a fuel-saving Rolls-Royce Promas propulsion and manoeuvring system; heat recovery system, in which hot water from the main and auxiliary engines is used to heat all internal areas throughout the vessel, two stern thrusters and a Furuno big bridge system. Taits was built by Westcon Yards AS, Ølensvåg, Norway.

New Boat of the Year – Shellfish – sponsored by WASSP

Joint Winner (static gear) – Dalwhinnie A 913
Of 14.65m LOA, Dalwhinnie is based on a Buccaneer 46 GRP displacement hull. The crabber is rigged for pot self-hauling and shooting. A 1.5t slave hauler operates through a load-sensing pump from the fore end of the Doosan V158TI main engine. A Sole Diesel 3-phase genset housed in a soundproofed cabinet is also installed. 130 boxes of shellfish can be stored in the chilled dry hold amidships. Dalwhinnie was built by G Smyth Boats Ltd, Kilkeel, Co Down.

Trainee Fisherman of the Year – sponsored by Sunderland Marine Insurance

Winner – Campbell Hunter, Guiding Light LK 84
Campbell was brought up in Scalloway, where his family was mainly involved in the fish buying and processing industry. Campbell decided his future lay in the fish catching sector, and he has shown a real drive in pursuing his career as a fisherman. At school Campbell enrolled on the ‘Maritime Skills for Work’ course at the NAFC Marine Centre and successfully gained five SQA units relating to maritime activities. When he left school, Campbell enrolled on the ‘Seafish Intro to Commercial Fishing’ course at the NAFC, where he showed dedication to the studies and real enthusiasm towards the practical activities.  Campbell gained a berth on the Shetland trawler Guiding Light where he is making good progress. Recognising the benefits of training Campbell enrolled himself on the ‘Seafish Safety Awareness’ course as soon as he was eligible and, keen to take advantage of more training, then enrolled on the ‘Modern Apprenticeship (Sea Fishing)’. During this training he has gained safe working practices, marine industry knowledge, seamanship skills, gained a VHF Certificate and undertaken a high level of net mending. Part of his training included his class making a complete rockhopper trawl net from scratch, something few fishermen have had the opportunity to do. Campbell has been keen to pursue the training offered to young fishermen in Shetland, recognising the value it adds to himself as a crewmember and its contribution to safety in the industry.

Young Fisherman of the Year – sponsored by Seafish

Winner – David Clark, Reliance II BF 800
David always said he would never be a fisherman, but one trip with his father in the summer holidays changed that, and he was hooked. His father says he was hard on David, starting him as a cook for 2-3 years before he progressed to the fishroom, then net man, the engineroom and engineer. For the past two years he has been in the wheelhouse, learning about the fishing grounds. David skippered for the first time this year, when instead of taking the easy option of fishing close to the harbour, he headed 360 miles west to Rockall, landing over 500 boxes. He asked to go straight back out again, making for St Kilda and after seven days, landed 370 boxes. David has now made eight trips as skipper, and on each one he has earned the respect of his father and the crew.

On his last trip [at the time of writing], he was fishing 80 miles west of Shetland when one of the crew had a seizure and collapsed. David called on his training and put out a pan pan Mayday call, resulting in the Coastguard dispatching a helicopter to transfer the man to hospital. He made a full recovery and David was praised by the doctors for his actions.

David is helping his father with plans for their new vessel Reliance 3, currently being built at Parkol Marine, and has come up with several good ideas that are being incorporated into the build. 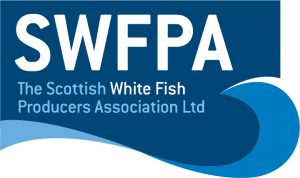 Winner – Sam Lambourn
Sam Lambourn has demonstrated a commitment and dedication to the welfare of the fishing industry over three decades of tumultuous change. In a number of leadership roles over this extended period and across several initiatives, projects and organisations.

He has demonstrated a rare ability to build consensus and has used his leadership qualities to guide the industry in positive directions, at both local and international levels.

It is fair to say that Sam has played a central role in delivering the considerable progress that has been made to putting fishing in Western waters on a sustainable footing.