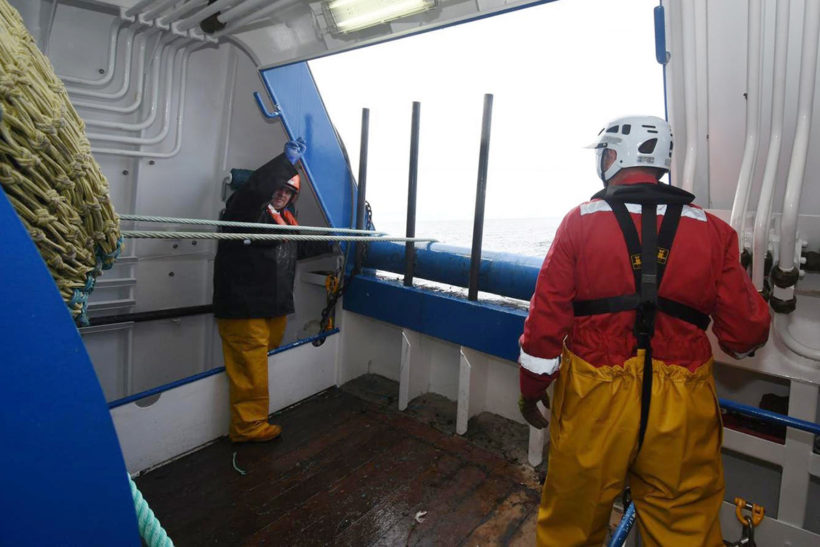 2021 was the worst year in a decade for deaths in our commercial fishing industry. We lost 11 men. Men who were our friends, workmates, family. Could your voice and experience help to make the industry safer?

The Fishing Industry Safety Group (FISG) has been running a campaign called Home and Dry since July 2020. Home and Dry shares important information on safety at sea including preventing MOB incidents, the importance of wearing personal flotation devices (PFDs) with personal locator beacons (PLBs) and checking the stability of your vessel.

Safety champions in the industry are helping the Fishing Industry Safety Group to spread the safety message. There’s no better voice than the people working on the vessels.

Following his own accident, John thinks it’s vital he helps to share safety messages on his social media and with the Home and Dry campaign to encourage other skippers to look at ways to make their own vessels safer.

In 2017, John installed a raft of safety measures on his new vessel. These include safety rails around the boat for crew to attach themselves to with clips, and a new winch with safety features including guards and a quicker emergency stop. He also bought all the crew new personal flotation devices. This was covered extensively in Fishing News in 2020.

Last year, Home and Dry featured John in its man-overboard prevention campaign. He made videos showing some of the safety improvements he had made to reduce the risk of him and his crew falling overboard. 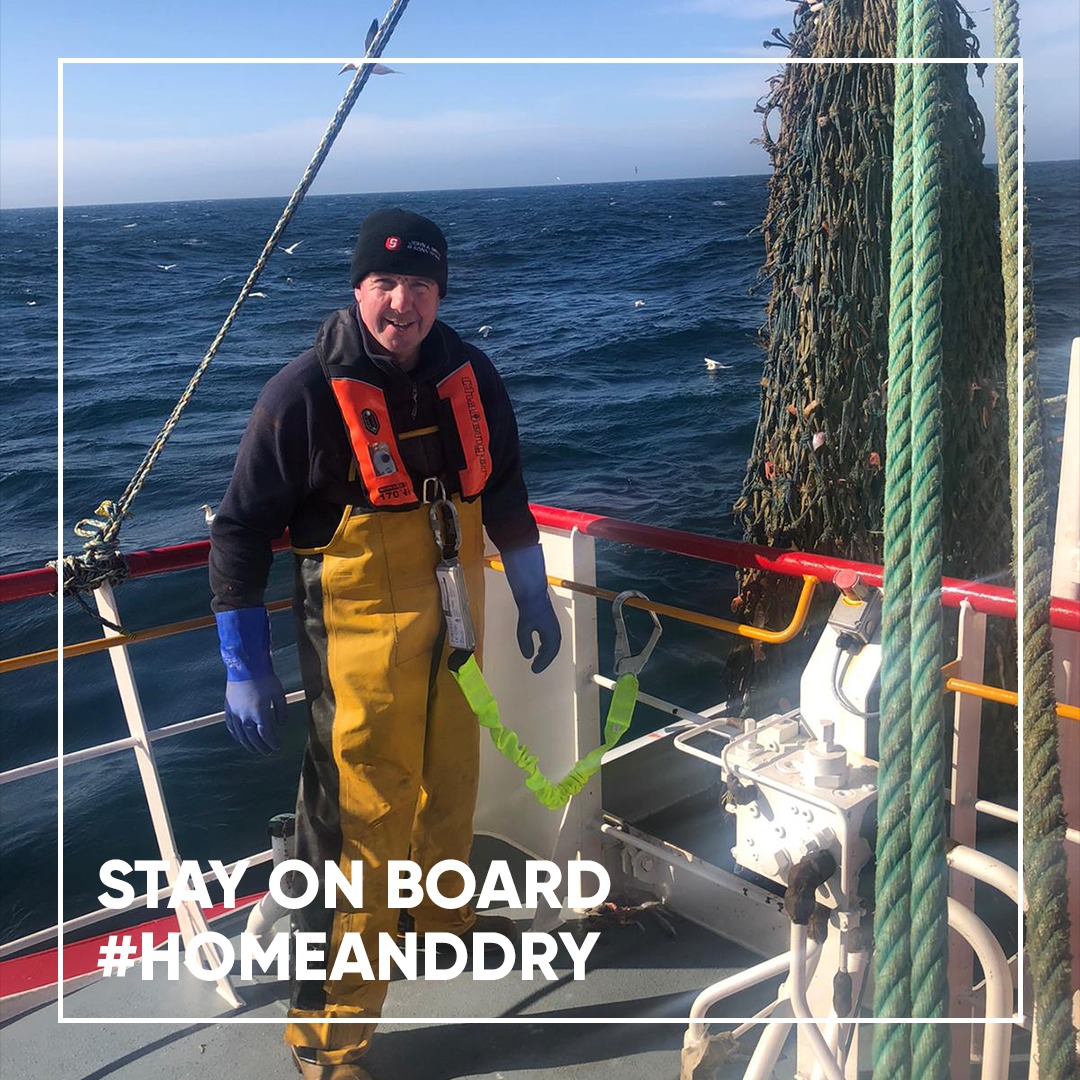 What followed from John sharing his story was incredible. He inspired other fishing vessel owners and skippers to look at what safety improvements they could make, and received WhatsApp messages and photos from skippers across Scotland and England congratulating him for speaking out.

Here’s what some other fishermen said when we asked them what they thought of the campaign: “The videos on the website have given a lot of single-handed fishers some good ideas on how to improve their personal safety, and it’s a lot more understood coming from fellow fishermen.”

“We thought the videos on the website were fantastic, and taken from a working fishing boat that was actually fishing shows how easy it is to have better safety onboard.”

“If I can say we all thought the videos on the website were very useful for us, and credit to John Clark from the Reliance for his videos, which we thought were no waffle, straight to the point good videos, not scripted, done himself and on a working fishing boat.”

Thanks to John being a safety champion, his crew fish safely every day and others have followed in his footsteps.

Could your story keep others safe? If you are a fishing vessel owner or skipper and would like to share what you do on your vessel to keep you (and your crew) safe, we would love to hear from you. It could save lives.

Get in touch through the Home and Dry Facebook group at: facebook.com/backhomeanddry or email: homeanddry01@gmail.com 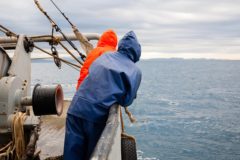 Learning from incidents onboard 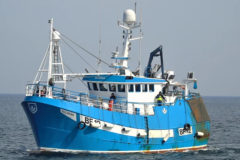