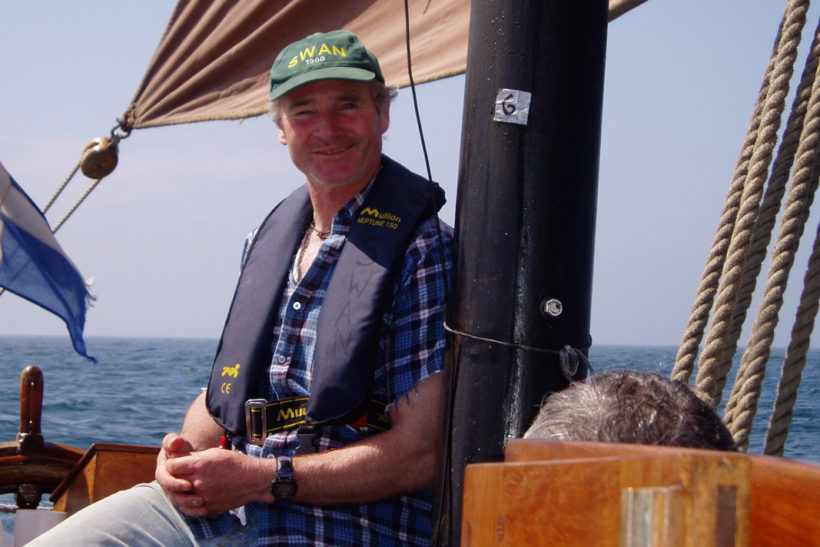 Continuing the series of personal reflections to mark the 25th anniversary of the relaunch of Shetland’s restored sailing Fifie Swan, Andrew Halcrow, the Swan Trust’s first and longest-serving skipper, shares his memories of the trust’s youth work

When the Swan Trust was formed in 1990, one of the main aims was that, while the Swan would be available to all ages, there should be a focus on encouraging young people to sail. 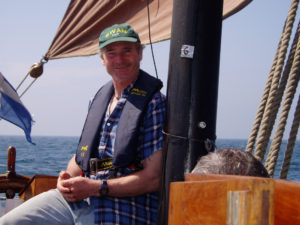 When I was appointed as skipper in 1998, one of my tasks was to compile the sailing diary for the coming year. School trips were to form a large part of the sailing season, and I especially wanted to bring the Swan to the schools, rather than be based in one place and have the schools travel there.

Doing this had several benefits. Importantly, it made a sailing trip easier for the school to organise. It was also quite often the first time, for many of those sailing aboard, that they had seen their home island or village from the sea. In addition, it brought the Swan to ports and harbours all around Shetland, from Fair Isle to Foula, from Bressay to Baltasound. It also offered local folk an opportunity to sail for a short trip, as we often had an evening sail for all comers after the day’s school trip.

Each year, hundreds of young folk came onboard, from primary one through to sixth-year pupils, youth clubs and special needs groups.

Pupils from almost all of the 30-plus schools in Shetland came onboard for trips. We also travelled to Orkney and the Hebrides for several weeks each year, and took off pupils from many schools there as well.
We adapted the trips to the age group onboard to maximise the benefit to everyone. For the younger primary kids, it was more of a fun day out. As they got older, they were learning more and playing a bigger part in sailing the Swan. 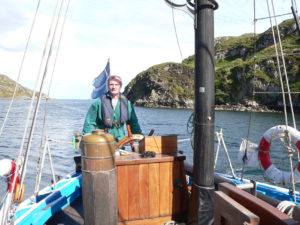 Teachers accompanied each group, and it was very important to make the teachers as well as the pupils feel they were in an environment providing an activity that was at once challenging, team-building, instructive and fun – but also, an activity where they felt safe and protected.

Some schools and youth clubs that had initially booked a day sail found the kids had enjoyed it so much that they went on to book longer trips where the kids stayed onboard overnight. These ranged from a weekend sail in Shetland to a North Sea voyage to Norway and back.

The Tall Ships races is a great event to bring out the best in young people. This was, and still is, a regular part of the Swan sailing diary. The races focus on offering sail training to young people centred around a fun event.

Usually it took the form of two races with a cruise in the middle, where trainees had the chance to sail on other tall ships, ranging from large yachts to some of the world’s largest sailing ships. It was an opportunity for young Shetlanders to socialise and sail with other youngsters from across the world. 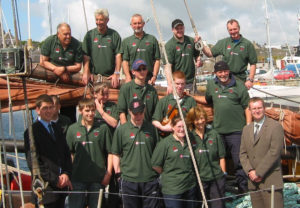 The Tall Ships crew and trainees in 2004.

The trainees would each be assigned to a watch, and take turns to steer and sail the Swan night and day. They would also help to do what every sailing vessel needs to keep her going: sail-handling, preparing and cooking food, washing up, and cleaning toilets. They learned that everything was easier if you all pulled together, and found that the more they got involved, the more they got out of the trip.

On every voyage, there was always a big change from start to finish. The trainees often came onboard apprehensive at first – often quiet, not really knowing what to expect, usually among a bunch of strangers, and maybe wondering if the challenge was going to be too much, and whether they would cope. Some had sailed before, and others not at all, but the crew would guide everyone through everything needed to sail the Swan.

They would be living in close company with people they had never met before, which was often a first-time experience, and it was maybe their first extended time away from mum and dad.
After an introduction and a safety briefing, everyone was assigned a watch. Then mooring lines were slipped, sails hoisted, and we were off. Many Shetlanders will remember the amazing spectacle of the Tall Ships races in Lerwick in 1999 and 2011. It was certainly special to be a part of the massive fleet of large sailing vessels crossing the start line and heading for the open sea.
From a cautious start, it was great to see how the trainees gradually grew in confidence and relaxed as the trip went on, learning more and doing more, as they realised they were an important part of sailing the Swan, and that what they did really made a difference. Learning life skills and teamwork was not always apparent at first, and for many it developed unconsciously. 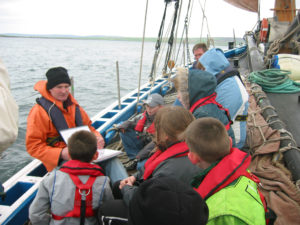 Andrew Halcrow teaches pupils about the Swan on a school trip in 2003.

A few days before they were playing a video game in the warmth of a comfy chair at home – now they were feeling the real-life exhilaration of steering the Swan, heeled over with a fresh breeze of wind in her sails, salt spray spattering their oilskins and lashing over the deck.

It was a personal voyage as much as a sailing trip. They often found out as much about themselves as they did about sailing a boat. The strangers grew to be shipmates and friends, and the silence gave way to laughter and banter.

Once the crews met up in port again after the race, they had all forged a common bond. They had taken on a challenge, and they had all got through it. They had been through good times and bad times together, seen stunning sunrises, and lost lunches to the motion of the ocean. They had lots of stories to share and experiences to relate to, and memories to keep forever.

Life-changing is often a term bandied around too easily, but an extended Swan trip really has changed a lot of young people’s lives, making them more confident and bringing out hidden talents, and giving them an experience that made them realise they are far more capable than they ever thought.

One mum told me how her teenage son came home from a Swan trip and, after dinner that night, for the first time, said: “I’ll wash the dishes.” It was life-changing for both of them.

To find out more, go to: swantrust.com 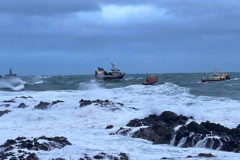 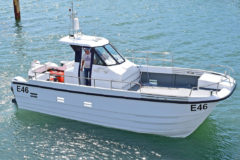