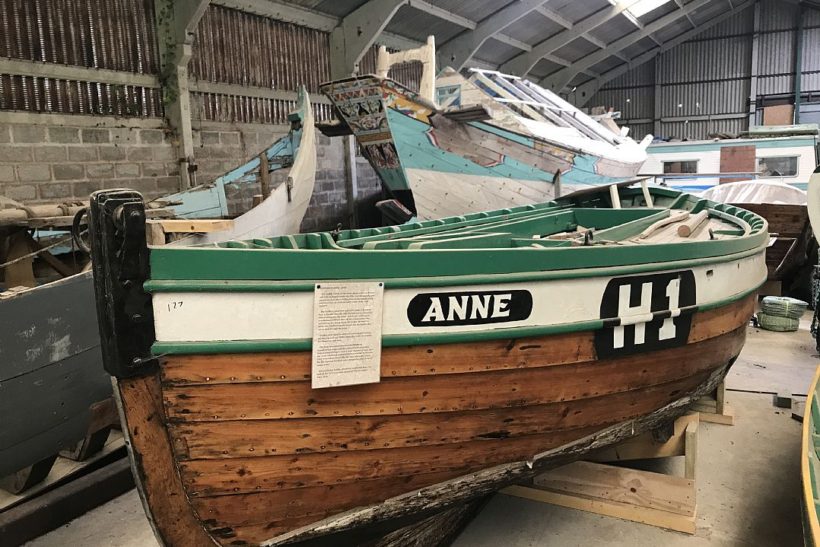 The easing of the Covid-19 restrictions has enabled sailing to get underway again in Bridlington, with the Bridlington Sailing Coble Preservation Society (BSCPS) fleet of traditional sailing cobles back on the water, whilst crews maintain social distancing rules.

Sadly, many events have had to be cancelled this year, and the Bridlington Sailing Coble Festival, which attracts traditional sailing vessels from other parts of the country and visitors from right along the coble coast, was no exception. The society is confident that the festival will return next year and prove to be bigger and better than ever. 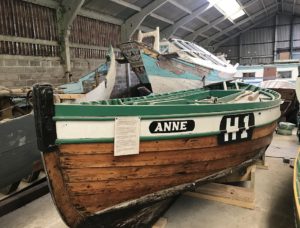 The 1977-built scaffie yawl Anne in Eyemouth ahead of her auction.

Another traditional sailing vessel will be joining the BSCPS fleet in the near future with the recent acquisition of the scaffie yawl Anne from Hartlepool. A replica of the inshore fishing craft once familiar on the northeast coast of Scotland, she was built in 1977 by Bridlington boatbuilder John Clarkson, being the first boat he built after he moved down from Whitby to continue his trade. Anne was modelled on the lines of Gratitude BCK 252, originally built by George Innes of Portknockie on the Moray Firth in 1896, and has an overall length of 25ft with a beam of 8ft 6in.

Anne later became part of the World of Boats collection based at Eyemouth. When that entire collection was auctioned off in 2017, she was taken to Hartlepool Marina along with three other traditional craft. It was hoped that a restoration project would get underway in Hartlepool to train people in boatbuilding skills, but that venture sadly did not get off the ground.

Negotiations took place between the BSCPS and Hartlepool Marina last year to secure Anne for the society, but due to the lockdown restrictions it was not possible to get her to Bridlington until earlier this month. She has now arrived home to the place of her build, and will undergo an extensive refit before taking her place alongside the traditional sailing cobles moored in the harbour.

Anne will be an important addition to the BSCPS fleet and will give members of the society the opportunity to learn the skill of manning and sailing a different type of inshore fishing craft, one not usually seen on the Yorkshire coast. 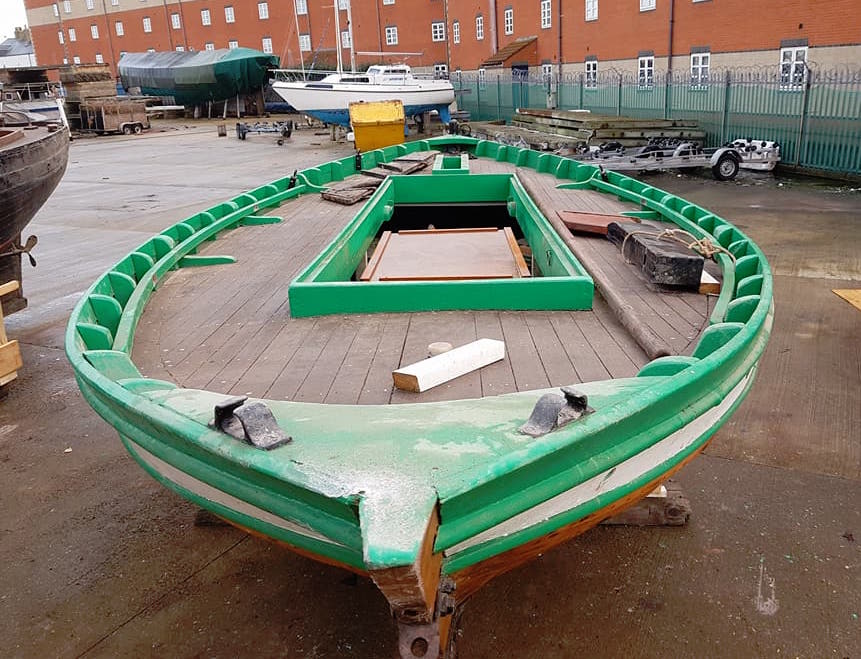 Anne in Hartlepool earlier this year. She will undergo an extensive refit before going back on the water. 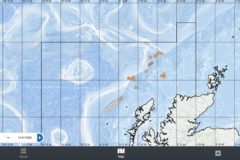 Wash cockles: mainly for the birds