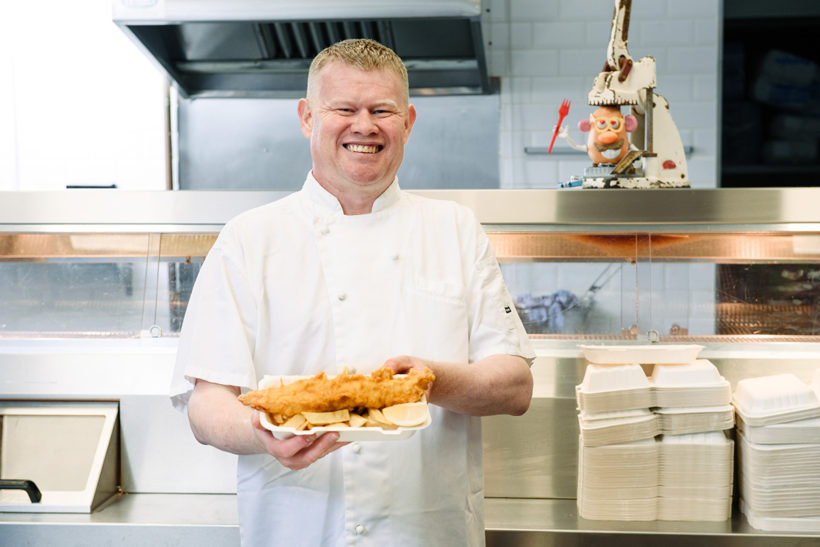 Ways To Wean The UK Off Its Russian Fish Habit: The Ukraine conflict and its effect on fish and chips

The figures are now well-known across the industry, but three months ago, very few people realised how dependent the UK – the catering trade in particular – is on Russian fish, reports Andy Read.

Knee-jerk announcements by politicians make great headlines. It is unlikely, however, that the chancellor realised the full implications of his announcement about the imposition of tariffs on Russian fish for the catering sector. This tariff is, in reality, almost impossible to impose on fish that is regularly reprocessed and relabelled. In the case of Faroese whitefish entering the UK, it is caught by Faroese vessels in exchange for permission for Russian vessels to fish in the shared UK/Faroe zone for pelagic fish.

Without alternatives, a successful imposition of tariffs would, as one writer here shows, have a huge and negative impact on the fish and chip shop trade. Alternatives are there, but a sector struggling with record price increases and customers facing a financial squeeze will need time and support to adjust.

A more effective – and as articles in this feature explain, financially attractive – way forward for the UK may be to find a way to replace the huge volume of imported whitefish with alternative products, caught and processed in the UK.

Fishing News is grateful to the writers here, who we hope are starting a wider debate across the entire fisheries value chain about ways in which the UK can adapt to the new reality, and address our dependence on imported fish…

The Ukraine conflict and its effect on fish and chips

Demand for fish and chips remains huge. With 10,500 fish and chip shops across the country, selling 167m portions of fish and chips a year, the trade was calculated at £1.2bn in 2020. Up to 70% of this fish originates in Russia, providing a significant source of hard currency for the nation.

Andrew Crook (pictured above), chip shop owner and president of the National Federation of Fish Friers, here outlines the issues that threaten the viability of many in the sector, as they face a storm of price increases at a time when customers are seeing a fall in their spending power. The sector is as keen as anyone to wean itself off Russian fish, he told FN – but workable alternatives have to be there to enable this.

It is now around seven weeks since the level of exposure to the effects of the conflict in Ukraine on the UK seafood sector was brought to the attention of the entire industry, specifically when it comes to whitefish. I don’t think anyone in the industry could have predicted the series of events that have found us in the situation we are in today – and those in government who could, it would appear, didn’t know how reliant the UK is on fish of Russian origin.

Prior to the invasion of Ukraine, the fish and chip shop trade was already seeing huge price hikes across the board due to the post-pandemic landscape. We are now facing a tariff on fish from Russia, oil shortages and price rises that our sector has never seen before in our working lives.

More of our ingredients are going to be affected later in the year by the increasing cost of fertiliser and the loss of the breadbasket of Europe and its agricultural output. The pressure we are now under is further compounded by soaring energy costs and the return to 20% VAT at the start of April.

The spring statement from the chancellor gave little comfort for small businesses, many feeling abandoned by a government which seems sympathetic but also is seemingly willing to sit by the bedside and watch our industry slowly slip away after it switched off the life support that had kept us going through the pandemic. I think there are some in positions of power who see the failure of some businesses as part of the solution to the labour shortages we currently have in hospitality. 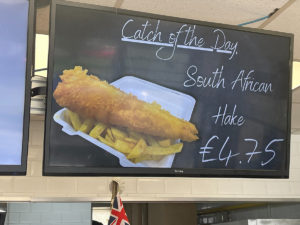 Chip shops are working hard to find alternatives to Russian fish: support to get this message across would help to achieve wider consumer acceptance, says the NFFF president.

The spring statement was a huge blow, but we are not the kind of industry that will go down without a fight. We are very resilient and have a great network to share ideas and support each other.

For many years the fish and chip industry, and the odd celebrity chef, have tried to convince the general public that there are lots of other species that they could eat to take the pressure off the traditional cod and haddock that they like to consume when they visit their local fish and chip shop – often without success. In my own takeaway I often put specials on such as langoustine, sea bass, hake and shell-on prawns. We do sell some, but the volume is insignificant compared to the number of cod we sell in a week.

Customers tend to already have in mind what they are going to purchase before they walk into the outlet. That said, the brave new world of online ordering, and better marketing, can certainly help change this. With nice pictures and picking the right place to display the product on a menu, with an enticing description to follow, I think customers could be persuaded to be more adventurous in their seafood choices.

Increased prices will also help to push customers towards some of the less well-known species, and for operators it is good to have something at a lower price point to answer any gripes customers may have.

I have introduced hake as a slightly cheaper alternative, but I have also put farmed seabass on my menu at a higher price- point to cod and haddock. I may not sell many, but it does help put the mainstream species into perspective. I think government also has a role to play in helping us promote alternative species, and that is something my organisation would certainly be interested in being involved in.

This situation is going to put many traditional chippies out of business, and lead to others diversifying away from fish and chips more or less completely. Government cannot control market forces, and we cannot expect it to try, but what it can do is listen to the hospitality sector and work with us to shape the landscape for the future (or, in the terms of the government, ‘build back better!’).

The fish and chip industry will get through this – we are resilient – but without changes to VAT and support to promote consumption of the different species, we are going to lose some good businesses and great employers. I hope at some point the powers that be recognise supporting hospitality as an investment in the future rather than a handout!

Read another article from our ‘Ways To Wean The UK Off Its Russian Fish Habit’ here. 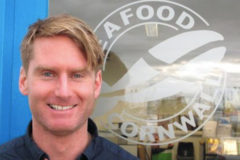 Ways To Wean The UK Off Its Russian Fish Habit: Turning the spotlight on British fish 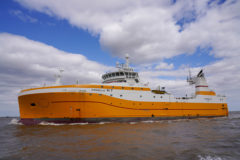 Ways To Wean The UK Off Its Russian Fish Habit: Support the UK to catch what it needs!