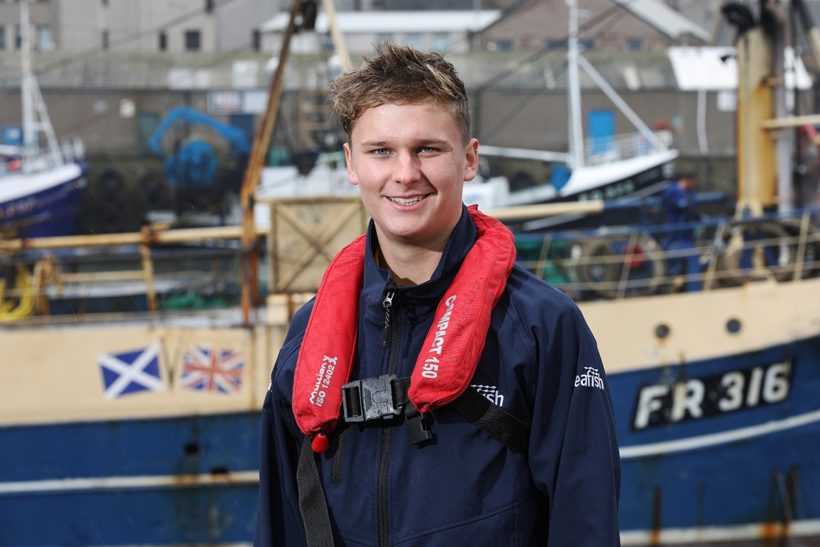 It was a pleasure to spend two weeks conducting the annual fleet survey in Northern Ireland. I had some fascinating discussions with skippers and vessel owners about the future of the industry in the country. Despite the obstacles faced, it was good to hear some optimism for the future.

It was particularly gratifying to hear that, generally, people were very positive about Seafish’s data collection, with economic data having previously been used to help raise prawn prices in the country. With prices much reduced as a result of the Covid pandemic, I’m hopeful that our data could again be of value to the sizable Northern Irish Nephrops fleet.

Most larger boats in Northern Ireland land into Ardglass, Portavogie and Kilkeel. As in most of the UK, a small-scale inshore fleet of potters operates from harbours all around this coast. It was refreshing to see that Kilkeel still has a thriving fishing port and that fishing remains important for the town, with the industry supporting many fishing-related local businesses.

During my stay in Kilkeel, a few small and medium-sized vessels landed herring, making use of some additional quota obtained through the UK’s departure from the European Union. Whilst many aspects of this change have presented significant challenges for Northern Ireland’s industry, additional quota has helped to reduce the reliance on a single species for some vessels, adding further potential to generate income.

Many inshore potting boat operators around the coast were very clear about their desire for a limit on the number of pots a boat could fish. This sentiment is reflected throughout the UK by smaller-scale operators, who are finding it harder to compete year on year as more gear accumulates on the ground and fewer areas receive a seasonal break from fishing.

As with other parts of the country, there was some unease about large and migratory potting boats fishing inshore waters. With shellfish species unmanaged in most areas, gentlemen’s agreements between local fishers are a good way for communities to protect their resource, whilst ensuring there is a workable income for all the boats in the fleet. One such agreement exists in Portavogie, with resident fishers on the whole respectful of the agreed limit and hopeful of the measure’s positive potential for their fishery.

Oscar is a fleet researcher with Seafish, working on the 2021 fleet survey, which is taking place now, with Seafish’s fleet researchers visiting ports and harbours. If you are happy to take part, please email: fleet. survey@seafish.co.uk with your name, email and/or phone number and port of operation. 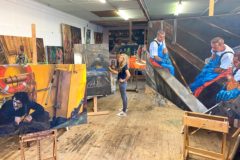 A celebration of the fishing industry 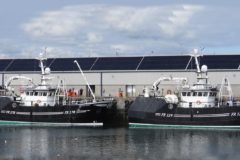