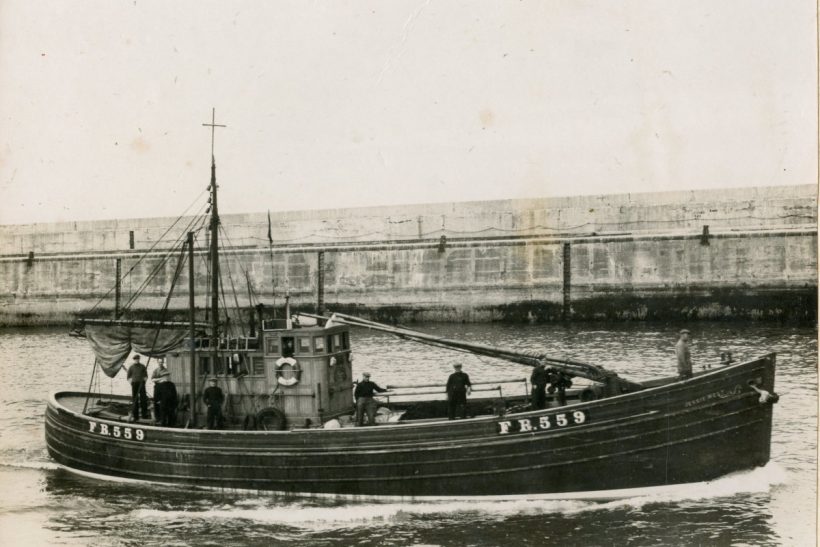 The traditional-style dual-purpose herring drifter/seine-net boat, which had a beam of 18.9ft and a depth of 8.3ft, was renamed Golden Sovereign FR 559 in 1955 after being bought by Willie Buchan and John Gatt, who fished the boat until 1976. 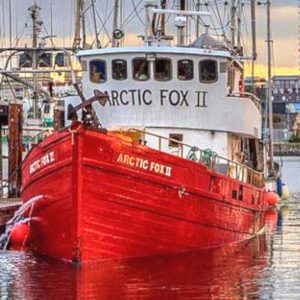 The passage across the North Atlantic and through the Panama canal to Powell River, British Columbia took six months.

On arrival at her new home, Golden Sovereign was renamed Arctic Fox II by Ivan Tentchoff, of Gibsons in British Columbia, and used for private fishing trips until 2004. During this time, the owner and his wife also ran an alternative school aboard the boat, while travelling up and down the west coast of Canada, from Powell River to Alaska.

In 1997, Arctic Fox II was seen by millions of viewers when she was used as the whale hunter ship in the movie Free Willy 3: The Rescue.

Arctic Fox II was purchased by Mar-Pat Fishing Ltd of Sechelt, British Columbia in 2004, and refitted for tuna fishing, including the addition of bat wings and stabilisers.

In 2012, Arctic Fox II was sold to US owners and registered in Astoria, Oregon.

Arctic Fox II is still operational, with US and Canadian fishing licences.

After 23 years of service, Jessie West’s original Gardner 152hp engine was replaced with a 200hp 8L3 model in 1970, which continues to run smoothly 49 years later – testament to the durability of Gardner engines, as well as the quality of build materials and craftsmanship deployed by J&G Forbes & Co. 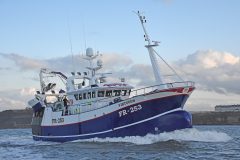 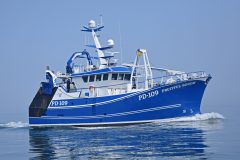 Boat of the Week:Fruitful Bough PD 109