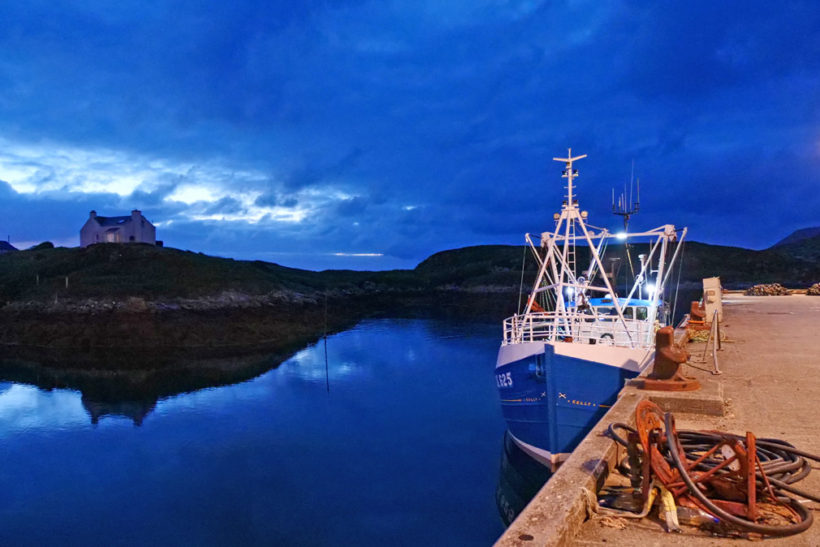 Capturing reality, past and present

A new documentary focusing on fishermen in the Outer Hebrides aims to show the human side of the industry. Rachael Harper speaks to director Alastair Cole about his film Iorram

“We wanted to be part of the conversation around the importance of the fishing industry in Scotland,” says director Alastair Cole of his new documentary Iorram (Boat Song). “That importance goes far beyond numbers.” 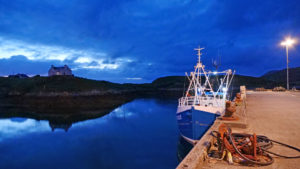 Iorram entwines stories of the past with video footage of the present-day industry in the Outer Hebrides – this is Konrad and Kamil Kosieradzki’s former scalloper Kelly BCK 625 in Kallin harbour in the early days of filming in 2019. 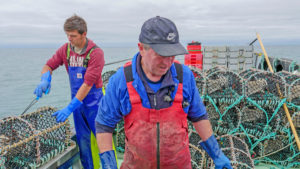 Domhnall MacIsaac and Brendan Johnstone on the Castlebay creeler Azalea. 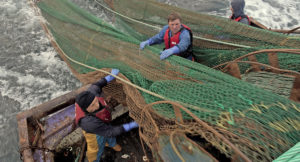 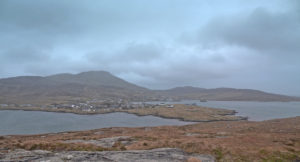 The film depicts island lives that are intimately entwined with the sea. 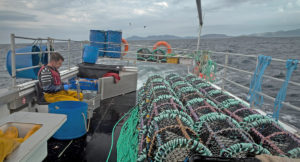 The everyday nature of fishing is quite different to television representations, which can be overly dramatised.” 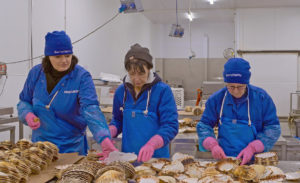 Footage from seafood wholesaler Barratlantic Ltd on Barra shows the shorebased – and often female – work that goes hand in hand with that of the catching sector. 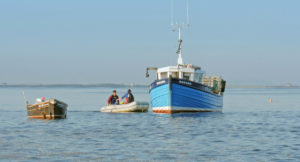 Rowing out to Azalea CY 11. 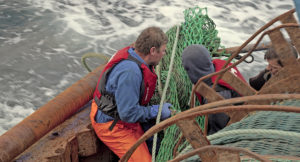 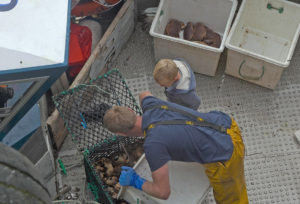 Ruaraidh MacLeod checks the crab catch at Ardveenish in Barra – closely supervised by a potential recruit from the next generation.

Indeed, the short film on which the new documentary is based, directed by Cole with the help of researcher Magnus Course, was very much about getting the government to listen to the real voices in the industry. “We made a short film together talking to the fishermen directly,” says Cole. “It was directed to parliament in some ways to say: ‘Listen, these are the voices of the fishermen – listen to them.’”

In creating that short film, Cole soon realised there was ‘another story here that was steeped in the history of that fishing community’, so he decided to not just go back to the community, but to let them speak in their native Gaelic tongue. In fact, Iorram is the first film spoken entirely in the traditional language. “It just goes back so far, and it’s all tied together with language, and that language has been spoken in the Hebrides for over 1,000 years,” he says. “All that time, the fishing knowledge that’s passed down through the fishermen is just extraordinary.”

Now, with the recent premiere of Iorram at the Glasgow Film Festival, Cole hopes that by allowing audiences a glimpse into a world they would otherwise not be privy to, they will come to understand that the fishing industry is more than economics and numbers – that it is about real people, with real stories.

“It was originally going to be released last year, but it got pushed back.” Then, the devastating impact of the Brexit trade deal on the islands’ fisheries made everything more urgent. “When we realised that there was going to be a big issue over these months, we decided we would definitely release it now. We want the film to speak to the audience, and get people talking and be part of their conversation. We aim to inform them, to give them a window into a world that normal people don’t get access to.”

Being Scotland-based, Cole was in prime position to explore the islands, and when he discovered an archive of sound footage of local fishermen, he knew he could continue the work he had started with his short film.

“The sound archive was the first moment these stories and this knowledge have been captured on tape,” Cole reveals. “So it became a moment of clarity for the film when I thought: ‘What would happen if we heard that sound archive and we saw the world as it is today? Could audiences make that connection? Could they start to see what I’m seeing?’

“In a way it reaffirmed our initial thoughts that this was a way to tell the history of the fishing community there, but also to flag up the details of what’s going on in fishing at the moment. It’s not just economic numbers; there’s a cultural, linguistic and historical side to this that we wanted to put in the foreground.”

The stories from the archive range from fishermen speaking about lived experiences while out at sea, to men and women onshore sharing folk tales, traditional songs and personal stories. “Those stories were recorded in the forties and fifties, captured in living rooms,” Cole says. “It was just a researcher with a microphone, and they often knew the researcher very well, so they would tell fascinating stories – and often really tragic stories. Unfortunately, death and tragedy is part of the history there, and it’s a part of living memory.

“There were lots of personal tragedies, and it was important to tell them alongside the humour and the legends, because it’s part of it. What we see today in those communities and in the boats in the bays is, of course, absolutely linked to what’s gone before.”

In Iorram, those incredible stories play over video footage of the fishing industry in the area today – an element of the film-making process that Cole revelled in. “Everything was recorded the last two or three years. The filming itself was wonderful. For me it was great getting to know the guys.

“We were very fortunate to have a lot of support from the Western Isles Fishermen’s Association; they supported the research early on. We were able to reach out to a lot of the fishermen. We wanted the film to be a portrait of all the islands and everything that’s going on there within the fishing community.”

He’s particularly grateful to the fishermen who gave him permission to film them, especially as it allowed him to reach that initial goal: to share the reality of the industry from the viewpoint of those working in it. “One element obviously was spending a day or two out there with the guys. They were so generous. But it was important, because what I was trying to do with the filming was to capture the reality of it, capture the everyday nature of it, because it’s probably quite different to television representations, which can be overly dramatised – which is great, and I think it’s fun to watch, but there is a human level.

“The people there are what’s important, and for us to better capture them, it was important to observe the realities. That extended to the onshore community as well, who are a massive part of everything that’s happening in processing, as well as the Coastguard and the lifesaving boats. These players are all a big part of the community.”

Another element that came to the fore during the film-making process was the importance of personal knowledge, learned and passed down through generations, and unavailable from any written source. “It was wonderful to learn about the incredible knowledge that the fishermen have about the landscape,” Cole says. “To see how and where to fish – that’s absolutely passed down within the community.

“We were trying to say that this traditional knowledge of the fishermen can’t just be replaced by technology. Technology is massively important, and you see that with the lifesaving boats, and it’s absolutely changed what’s going on for the better, but there’s also this incredible knowledge that’s tied to traditional lore.

“While I was out there filming, I had a great moment with the guys when they pointed to another fishermen going out who was just catching for himself, and said: ‘He’ll get the most. He’s the one who knows exactly where to go.’ That was amazing and inspiring to hear.”

What inspired Cole most was the fishermen’s dedication to what they do – ‘the passion they have for fishing and being on the water’. “It’s those moments when you’re on the beach at 2am, and as a film-maker, it’s lovely – the sun’s coming up, it’s really beautiful – but you suddenly look around, and you realise the skipper is looking at it in the same way. It’s a really tough job, but also the passion that’s there for the sea and the environment was really revealing, and it’s often not highlighted enough in discussions of fishing.

“The fishermen that we met absolutely have a passion for protecting, saving and looking after the environment. It’s their livelihood, and that knowledge 100% contributes to doing that. So our short film was very directly saying: ‘Let’s talk to the fishermen about what’s going on in the seas, because they’re the ones that know,’ but we hope this film highlights for a wider audience that this knowledge is very much historical and tied to the people it’s passed down to.” n

Iorram was produced by Bofa Productions and Tongue Tied Films, in association with MG ALBA and with the support of the National Lottery through Creative Scotland. It was premiered as part of the 2021 Glasgow Film Festival, and is now available to view virtually via a range of UK and Irish cinemas.

It is available virtually with subtitles in English, English for the hard of hearing, Gaelic, Italian, French, Spanish, German, and also without subtitles. It will also be available with audio description in English or Gaelic.

The intention is to release the film physically where and when possible in the summer.

To find out more, visit: iorramfilm.com 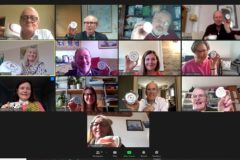 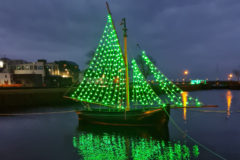