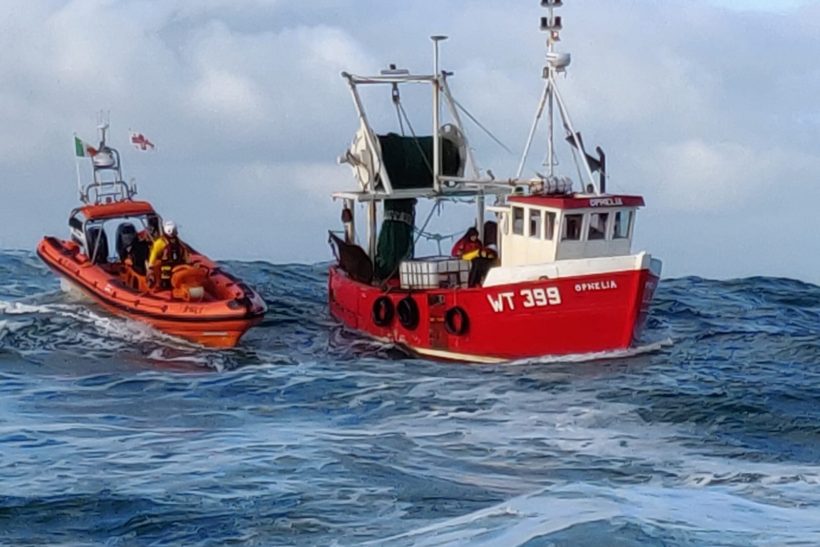 Both lifeboats at Clifden RNLI were launched just before 11am on 12 December, following a Coast Guard request to go to the aid of Ophelia WT 399, which was taking on water and in danger of sinking off the Galway coast.

While wind conditions were a southwesterly force 3-4, there was a very large swell at the time of the incident.

Clifden RNLI coxswain James Mullen said: “When the lifeboats arrived on scene, there was a large tanker vessel providing the casualty vessel with some shelter from the 7-8m seas. The Atlantic 85 lifeboat, helm Joe Acton, immediately transferred two crew aboard with a salvage pump and began pumping out the vessel. Once the water level dropped low enough for the vessel to use its own engine power, we headed back to shore.

“However, on the way to Clifden the boat started to take on more water than the two pumps could handle and the engine overheated, so we made the decision then to take her under tow. The larger salvage pump was transferred from the Shannon-class lifeboat to the casualty via the inshore lifeboat by crew member Chris Nee.

“With both lifeboat pumps working and the vessel’s own bilge pump, the flow of water was stemmed, and the boat was escorted safely back to Clifden. Both helicopters Rescue 115 and 118 were also on scene, and we are glad to have been able to bring the casualties and the vessel safely back to shore.” 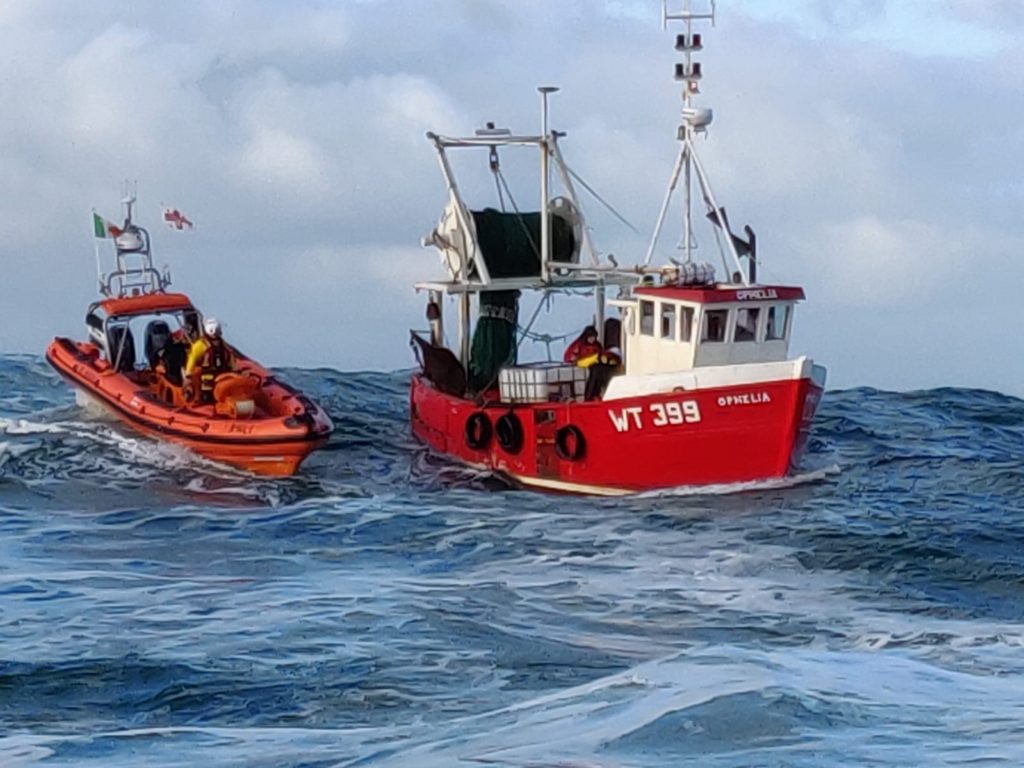 Two lifeboat crew were transferred onboard Ophelia to assist with pumping out the flooded vessel. (Photo: Clifden RNLI) 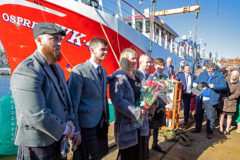 2020: Industry demonstrates resolve and resilience in face of unprecedented year 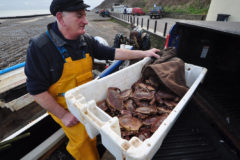