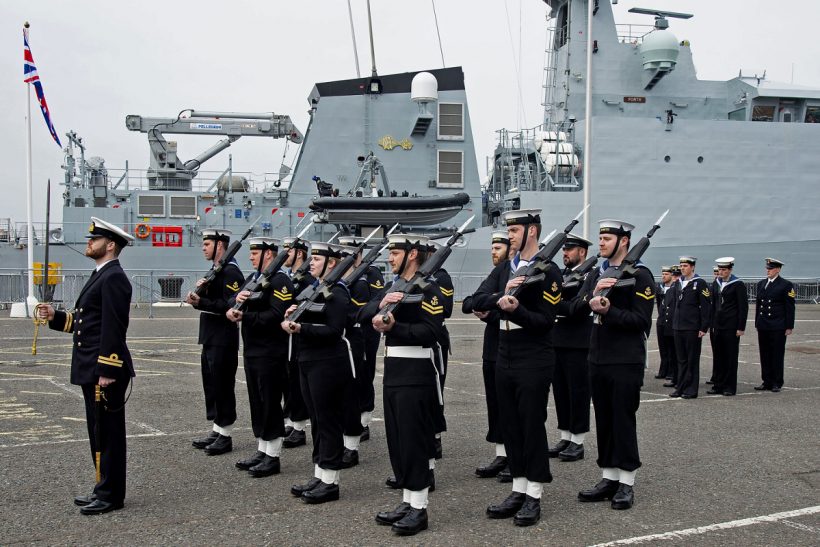 The arrival of HMS Forth marks a significant increase in the capability of the Fishery Protection Squadron and provides the Royal Navy with a new versatile and globally deployable asset. 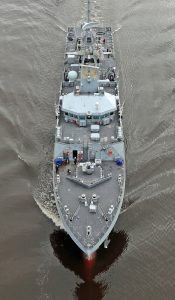 HMS Forth leaving the Clyde for Portsmouth.
(Photo: Royal Navy)

The captain of the Navy base, Bill Oliphant, said: “Forth is going to work hard and she will be a huge addition to the Royal Navy fleet. She will be relatively simple to operate in engineering terms, which makes the ships reliable to operate, as they will be at sea for many hours at a time. Their presence will be noticeable in areas where they are needed, including on fishery protection and border patrol duties.

“Having the squadron based at Portsmouth will be an addition to the Navy’s surface fleet, which will, of course, include the new aircraft carriers. The new fleet will be a real bonus to the Navy base, which will restore faith to the people of Portsmouth when it comes to investment in the city.”

This was endorsed by Commander Robert Laverty, Forth’s commanding officer. “It really has been a great day for my ship’s company and their families – you could see the pride on their faces as she was commissioned. They have all worked hard in preparing her for this day and will continue to do the same until she goes to sea in early June. We look forward to welcoming Fishing News on board then to see Forth in her full operational role, including the use of the ship’s new flight deck.”

Commander Sarah Oakley, the commanding officer for the Fishery Protection Squadron, said, “What a great day it has been for the squadron, and I am so pleased to see Forth coming into service. We owe our thanks to all at BAE Systems for their hard work in building Forth, which is the first in the new class of warship.

“It was an honour to see the First Sea Lord present and it was such an important day for the Royal Navy. Forth brings with her an array of new technology and we will be increasing the number of ships we have from four Batch One Offshore Patrol Vessels (OPVs) to five Batch Two ships. It is fabulous to watch the Navy grow again and to see that the squadron will play such an important part in its development.”

The blessing of Forth and prayers were offered by The Revd David Simpson RN and The Revd Professor Scott Shackleton RN.

MARINE AND COASTAL ACCESS ACT 2009 APPLICATION FOR A MARINE LICENCE 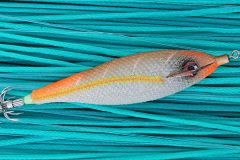