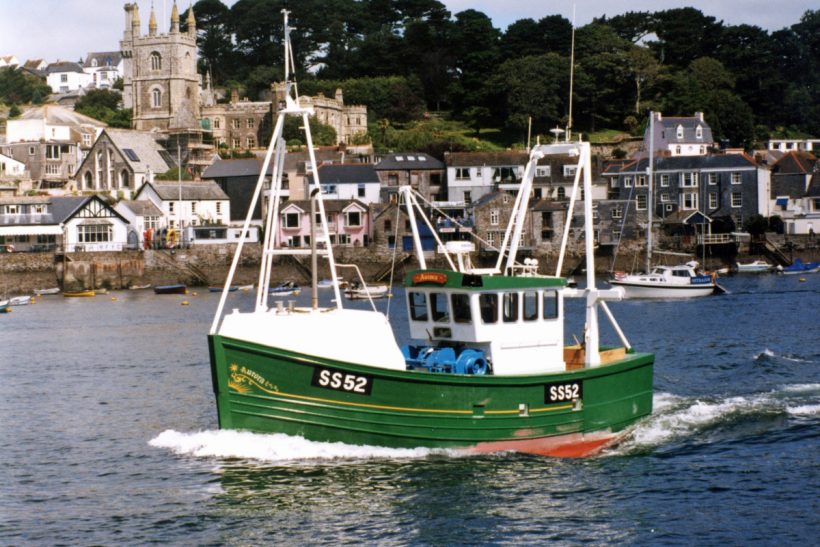 Inshore Corner with Phil Lockley: The rise of the rule-beaters

In the first of a three-part series, Phil Lockley looks back at the introduction of the ‘10m rule’ and the unintended boom in boatbuilding that resulted

While I’ve never had a newly built boat – other than a Cygnus Marine 15ft oyster punt some years ago – by travelling around ports I’ve captured many pictures of new builds under construction. I have over 35 years of pictures, and almost every boat had a fictitious sistership in my mind – which I would one day own. Wishful thinking! 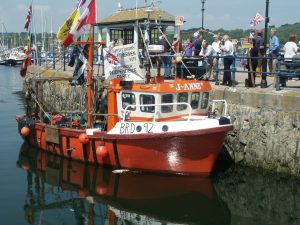 Over the past four decades, UK inshore skippers have been kicked hard by the authorities. In 1983, when the UK signed up to the Common Fisheries Policy (CFP), licences were issued free of charge. However, not long afterwards, licence trading began. As a result, a licence gained a ‘fiscal entity’ – a term used in court when the authorities tried to stop such trading. They failed to stop licences being traded, and the prices increased year after year.

Some time later, the ‘10 metre’ rule was introduced, but it did the exact opposite of protecting the inshore stocks, and forced greater pressure onto the coastal waters.

Vessels of over 10m in length that traditionally fished in coastal waters were older craft manned by true inshore fishermen – those who preferred such boats and wanted things to stay the same. However, the future of such fishermen was already in the gun-sights of the then Ministry of Agriculture, Fisheries and Food (MAFF), an equivalent to the MMO of today.

Over time, many such boats drifted into fish producer organisations (POs), where their future was better protected. Some skippers either could not afford the cost, or were morally opposed to POs – and it wasn’t long before their boats became the target of decommissioning. The EU had decided that one by one, each member state must be limited to a total tonnage relative to its position within the CFP hierarchy.

In effect, British tonnage had to be cut to meet what was called a multi-annual guidance programme (MAGP) – yet another chapter of Brussels deciding ‘who gets what’. 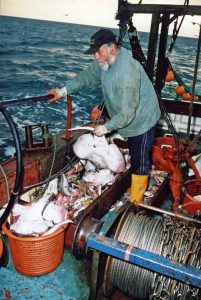 … on which he spent over two decades working in the under-10m fleet.

To achieve the MAPG, in true Whitehall style, our government decided to pick the lowest-hanging fruit first by offering cash to rid the UK Ship Register of a significant number of those larger inshore vessels. Decommissioning began, and to skippers of over-10s that were not in POs, the option of decommissioning became very attractive.

Perhaps the government was unaware of what those fishermen would do with the money. In reality, they didn’t stop fishing – they moved from their low-efficiency over-10m boats and bought boats of under 10m in length that had greater fishing power than their previous vessels. Our government had made a serious error.

As a result, Britain’s inshore fleet – which had previously given no headache to the authorities – quickly grew in fishing power to become a significant catching sector, and one for which no fixed record of catches was available.

Yet for a while, the UK inshore fishing grounds remained healthy. Having an under-10m boat even attracted some owners back from the POs.

Also, boats just over 10m LOA were trimmed, with noses being cut off or transoms moved forward, so effectively, more boats were fishing harder on the coastal waters.

Success with such ‘rule-beaters’ encouraged inshore fishermen who were previously happy with boats like the Cygnus Marine GM32, the Holton 32, the wooden equivalents, or even traditional steel craft to invest in an advanced ‘rule-beater’. It became manna from heaven for boatbuilders. 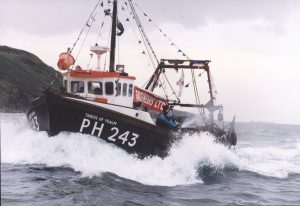 The owners of the 44ft Tardis of Yealm, which worked from Plymouth, disagreed with the drift into POs and continued to earn a living in the non-sector – but not for long. In the end they had to sell the boat, and left the fishing industry.

In effect, that decommissioning cash, glibly handed out by the government, fuelled one of the fastest developments in British marine architecture. Boatbuilders were lapping it up.

Some firms had seen it coming, and were ready for the push to build rule-beaters. During the mid 1980s, every week’s Fishing News contained reviews of rule-beaters.

I reckon that the term ‘rule-beater’ came from Gary Mitchell, an iconic designer of such boats, who set styles for so many top names in the world of fibreglass fishing boats – Cygnus Marine, Kingfisher Boats, Halfish, Buccaneer Boats and others. His lines were also important to some wood builders, and some steel yards. Another designer who made his name with rule-beaters was Denis Swire, mainly on steel boats, and now Ian Paton has stamped his name on an under-10m design with boats like the Saxon Spirit LT 1052, launched in summer 2018 from C Toms & Son.

I recently asked Gary whether he remembered our conversation, during a Fishing News interview, when I asked what he might call the power-packed under-10m craft, the lines of which I saw on his drawing board.

He replied: “I suppose it’s beating the rules, so perhaps we could call it a rule-beater.” I quickly scribbled that down, and it became the headline of my report.

But it’s not that simple. The first rule-beater was not a boat of under 10m in overall length (LOA), because the initial rule on vessel length was ambiguous, and was likely, thought many boatbuilders, to mean the vessel’s registered length – measured from the rudder stock to the most forward part of the stem – a measurement that took no account of the overall length.

So, in effect, that rule didn’t include anything aft of the rudder stock, and designers got busy sketching really ‘big’ small boats with that in mind. 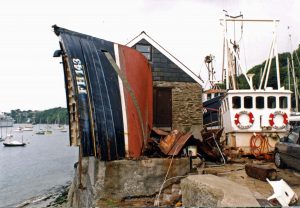 Many inshore boats over 10m were decommissioned in the years after the introduction of the 10m rule – but to little effect in terms of reducing fishing pressure.

Cygnus Marine didn’t need to design, or tool up, to make a mould to build such a boat, because it already had a mould for a vessel called the Seafish 38, several of which it had already manufactured for an export contract.

A growing number of marine architects were keen to cram as much as possible into a relatively short hull, and it wasn’t long before the authorities feared that such ‘rule-beating’ might deliver boats with poorer stability.

So it wasn’t long before the basis of the rule was changed from the registered length to the LOA. From then on, boat designers had a level playing field – the authorities had made a firm rule in which there was no ambiguity.

Even bigger and better rule-beaters appeared, with more depth, more beam and bigger power – even Kort nozzles were fitted, and auxiliary engines were fitted to power the hydraulics and give more grunt to the main engine – anything to make those boats more efficient. Inshore trawlers and scallopers had greater towing power than ever before, and static-gear fishermen had double the deck space of their previous boats. The government had not done its homework.

Unknowingly, both the EU and the UK government had provided the biggest-ever boost to the British boatbuilding industry. An industrial revolution within British commercial fishing was underway. I have lost count of the thousands of negatives that I have of such new boats and booming boatyards. 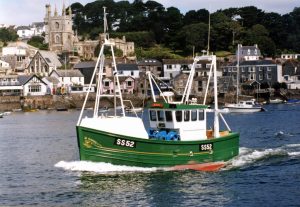 The wooden-built Aurora, manufactured at C Toms & Son over 20 years ago, is an impressive size for a vessel under 10m LOA.

During the 1980s, and particularly in the South West, traditional wood builders like C Toms & Son and John Moor, and yards like G Pearn & Son and Cann & Pender, began to ‘beat’ the rules in wood.

However, emulating some of the rule-beating lines that were easily achieved in GRP or steel – even if it meant ignoring the traditional and pleasing lines of what a fishing boat should look like – was difficult to deliver in wood. So were the wooden boats less able to beat the rules? Not one bit of it.

Getting as much boat as possible within the constraints of a wooden hull was – for example – achieved in under-10s like the Aurora, built by C Toms & Son just over 20 years ago.

This was a boat that had the punch of a rule-beater, but looked somewhat traditional. More of which, next time. 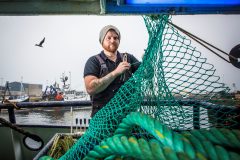 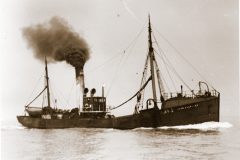