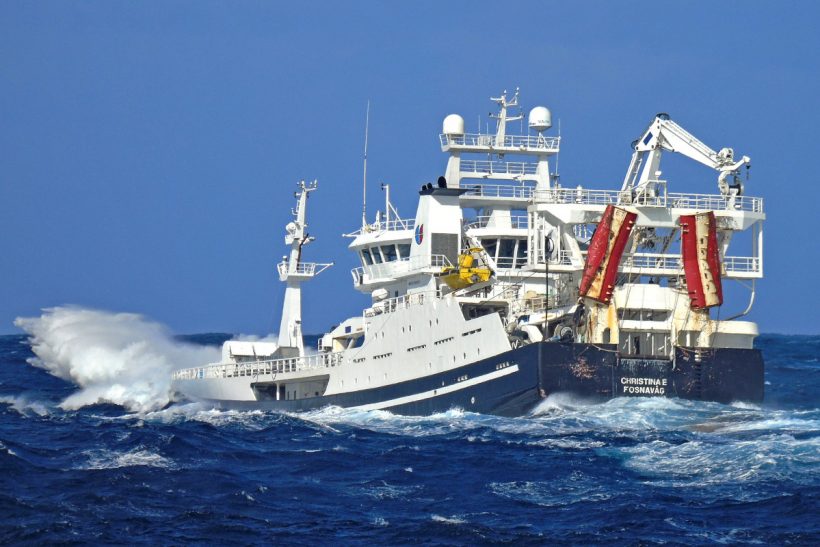 In recent weeks, Irish and Scottish vessels have been fishing blue whiting in the North Atlantic west of Ireland alongside a cosmopolitan fleet of midwater trawlers.

The first Norwegian boats started to arrive on the grounds in February, when the number of boats pursuing the seasonal fishery gradually increased, weather conditions permitting.
Although the blue whiting fishery began in the region of the Porcupine Bank, fishing effort is now moving steadily northwards as the main marks of fish follow the deepwater edge towards St Kilda.

Fishing has frequently been curtailed by severe weather, further compounding the challenges that skippers and crews already face in relation to fishing blue whiting in deep water, where damage to midwater trawls, including burst bags, is all part of the job.

As the closest harbour to the grounds throughout the blue whiting season – which generally runs for two months from mid-February – Killybegs in Co Donegal is well used by local and visiting vessels alike.

Catches of blue whiting are split between processing, packaging and freezing for global human consumption markets, and fishmeal production.

This selection of photographs, taken by Ryan Cordiner on the fishing grounds west of Ireland and in Killybegs, gives an insight into the blues fishery. 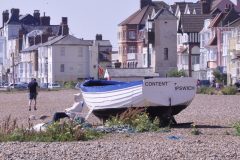 Disquiet on the eastern front 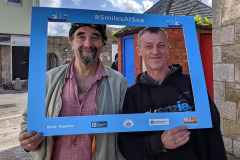