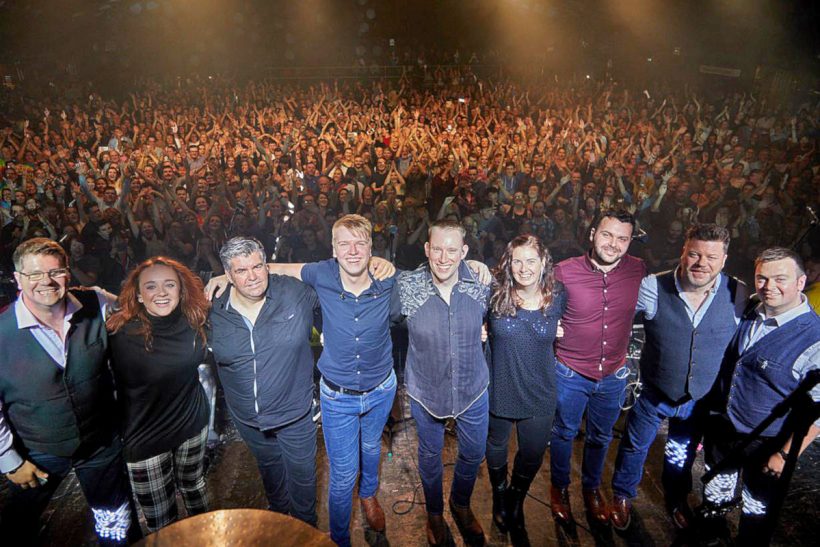 Last of the Hunters – Skipinnish tribute to fishing industry

Top Scottish band Skipinnish has paid tribute to the fishing industry on its forthcoming album Steer by the Stars with a new song entitled Last of the Hunters.

The song traces different aspects of fishing history, and makes reference to various UK ports that were at one time bustling hives of activity, but are now, sadly, shadows of what they once were. The last verses of the song convey the determined strength in the industry, and the hope for the future, despite the adversity and the political mismanagement that it has endured. 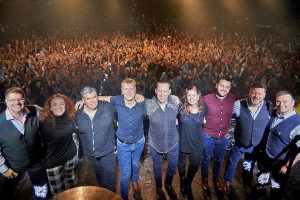 The song was written by Skipinnish co-founder and ex-fisherman Angus MacPhail, from the Isle of Tiree. Angus’ father, the late Hector MacPhail, was a lobster fisherman, as was his uncle, Iain MacDonald. His brother Neil continues to fish crab and lobster from Tiree.

Angus said: “In many ways, the subject is too wide-ranging and complex to try to cover in one song, but I hope it at least gives a feeling of what has been unnecessarily lost over the years in so many communities around the UK and Ireland. There are very few industries that have been consistently treated so badly by successive governments.

“At the current time, when you get queues of misinformed celebrity chefs, environmentalists and journalists lining up to drag the industry down in the eyes of the general public, it creates a perfect climate for politicians to abuse it. I hope that, in a very small way, the song might do something to help gain a bit of public support for the fishing industry in these very uncertain political conditions.

“I also hope that it conveys how strong the industry remains, due to the resilience of fishermen themselves, despite the disgraceful way they have been treated to date by successive governments. However, it is just a song, and I hope that listeners – particularly fishermen – enjoy it.”

A fitting connection on the recording is that among the backing vocalists is retired skipper 81-year-old Alec Thorburn, originally of Fisherrow. Alec, of the boats Honestas and Green Pastures, is the great-uncle of Rory Thorburn Grindlay, who is the band’s drummer. Also, playing violin, as part of her string quartet backing arrangement, is Mhairi Marwick, niece of well-known retired skipper Dennis Slater, of Hopeman.

Last of the Hunters will be performed for the first time at the Skipinnish 20th anniversary concert at Edinburgh’s Usher Hall on Saturday, 25 May, and the album Steer by the Stars will be available to download from iTunes on Friday, 17 May.

Tickets for the concert and links to pre-order the download can be found on: skipinnish.com

Steer by the Stars features on its front cover the well-known Tobermory creel boat Dawn Treader. Alasdair ‘Steptoe’ MacLean, skipper and owner of the Dawn Treader and a family friend of Angus’, is a nominee for Shellfish Fisherman of the Year at the Fishing News Awards.

Angus, who will be joining Alasdair for the awards night in Aberdeen, said, “We’ll be celebrating in Aberdeen, regardless of the result, but if Steptoe picks up the trophy, we may forget to launch the album the next day!” 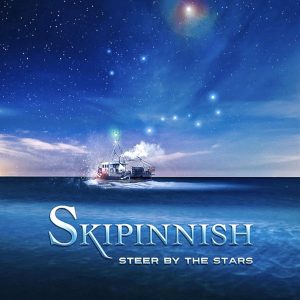 The Tobermory creel boat Dawn Treader is featured on Skipinnish’s new CD Steer by the Stars.

Last of the Hunters

And battle with the ocean where it’s in their blood to be.

Dear the fruitful bounty of the blind and savage foam.

They’re the last of the hunters, and they’re proudly sailing home.

Away to the fishing ground against a flooding tide

The hunters of the wild, now the last in our time.

Through living gale and storm they sail, the crystal sea they roam.

They’re the heart of every harbour when the boats come sailing home.

The last of the hunters sailing home.

From the mighty fleets of Yarmouth to the deep-sea ships of Hull,

The famous Fleetwood trawlers all have suffered from the cull;

In Lossiemouth, Lochinver, Fisherrow and Pittenweem

Golden days in memory, but now a fading dream.

Quiet now the harbours where the distant echo rings,

Eriskay and Scalpay where the herring men were kings;

Laden deep for Stornoway, the skipper’s chair a throne

Legends of the sea and still their ghosts are sailing home.

A realm of strong intrepid men and heroes of renown

A shadow of the past, traded off and torn down;

The pawns in politicians’ games, lives ravaged to the bone

But still they go to sea and still the boats come sailing home.

And in Newlyn, Plymouth, Weymouth, Poole, The Wash and Grimsby town,

Orkney, Shetland and the Hebrides, in Oban and Kintyre

Kilkeel, the Isle of Man and Killybegs, they will not die.

So we’ll toast the Mallaig trawlers and the creel men of the west,

Pelagic ships of Whalsay and the seiners of Caithness,

Brixham beamers, Cornish crabbers, and in every pier and cove

We’ll give a welcome at the harbour when the boats come sailing home. 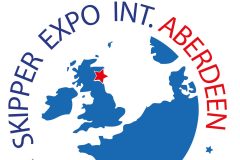 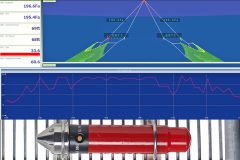