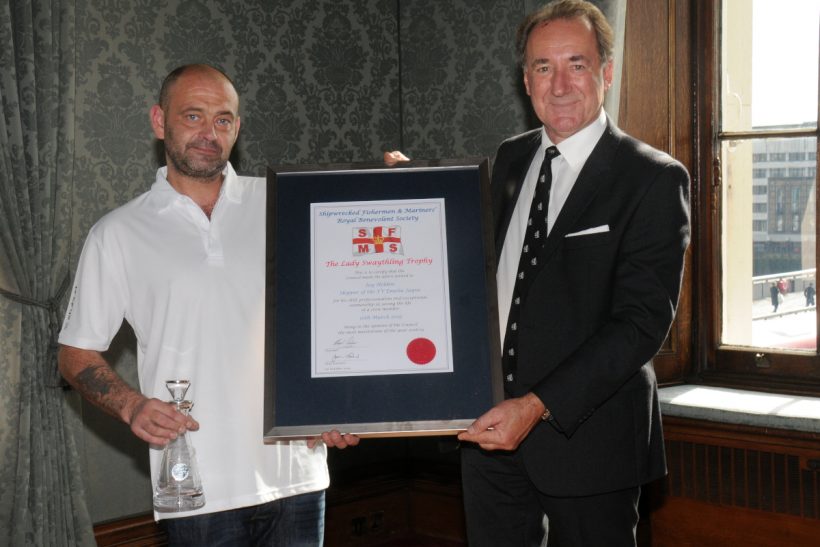 The Shipwrecked Mariners’ Society is calling for nominations for its annual Skill and Gallantry Awards, reports John Periam.

The Chichester-based charity is calling on members of the maritime and rescue communities to nominate those who have demonstrated outstanding bravery and expertise in aiding those in peril at sea, for its 169th Skill and Gallantry Awards. Since 1852, the society has presented awards to individuals and crews who have shown courage and expert skills in rescues at sea, with this year’s awards set to be presented at the charity’s AGM in October.

The society is calling for nominations relating to rescues that took place between 1 April, 2019 and 31 March, 2020. The deadline for submissions is 12pm on Friday, 1 May.

Among last year’s recipients was Jay Holden, skipper of the Emilia Jayne, who was presented with the society’s Lady Swaythling Trophy for facilitating the rescue of a crewmate who fell overboard in severe winds and high seas off the Salcombe coast in Devon in March 2019.

The Edward and Maisie Lewis Award for an ‘outstanding rescue’ was presented to the crew of helicopter Rescue 01, based at Mount Pleasant airfield in the Falkland Islands, who carried out two consecutive, complex and demanding rescues of critically ill patients in dangerous conditions.

The chief executive of the Shipwrecked Mariners’ Society, Captain Justin Osmond, said: “The society’s Skill and Gallantry Awards provide us with the opportunity to recognise and celebrate true acts of heroism at sea each year, whether through expert teamwork or individual bravery.

“Whilst many of our heroes are extremely humble and see their actions as simply part of their job, we want to encourage nominations from individuals or organisations so we can thank those who have gone to great lengths to protect others.”

The Shipwrecked Mariners’ Society was founded after the tragic loss of a fleet of fishing boats in 1839, and provides financial support to individuals in need who have worked, or are still working, in the fishing fleet or merchant navy, as well as their dependants. Last year, the society distributed more than £1.4m in grants in over 2,000 cases of need, and received more than 500 new applications for assistance.

To submit a nomination for this year’s Skill and Gallantry Awards, call: 01243 789329 or email: general@shipwreckedmariners.org.uk 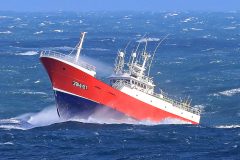