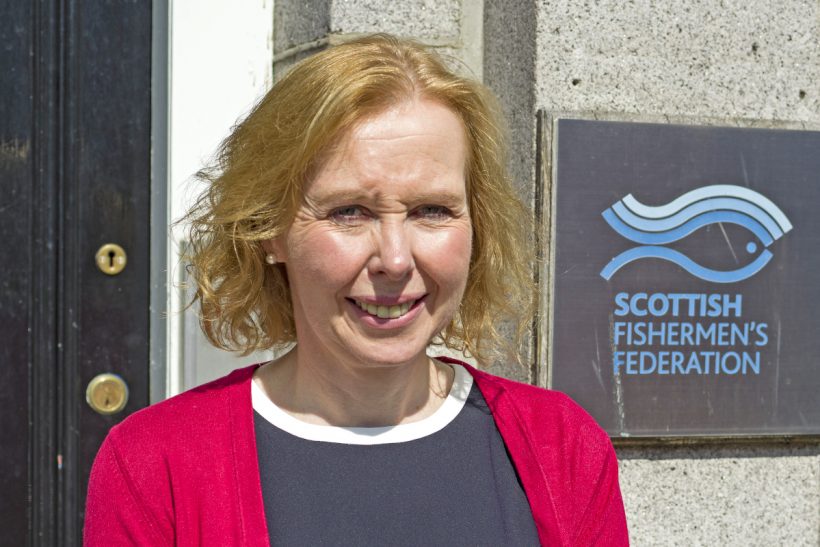 Elspeth Macdonald took over the helm of the SFF two months ago from outgoing chief executive Bertie Armstrong, who retired officially on 30 September after a two-month handover period.

With the current turmoil over Brexit and the vital end-of-year negotiations on the 2020 TACs and quotas beginning, it is hard to imagine a more difficult set of circumstances in which to take over the leadership of the Scottish industry’s primary representative body.

But while Ms Macdonald concedes that the situation is challenging, she is undaunted, and says that it is exciting to be coming into the industry at a time when there is potential for so much positive change.

She has the advantage of having grown up in a coastal community on the Isle of Mull, where there was an active inshore fleet, so is well aware of the realities of what fishing for a living entails.

She was not directly involved in fisheries there, but was aware of the laboratory’s work to support fisheries management, and well remembers the difficult years of the early 2000s, the impact of the cod recovery plan, decommissioning, and the fleet contraction involved.

After leaving the Marine Laboratory, Ms Macdonald became increasingly involved in policy work and moved to the Food Standards Agency (FSA), which became Food Standards Scotland in 2015, a separate body for Scotland.

“Between the two bodies, I did 18 years in various regulatory policy roles, so I became very familiar with European legislation and the production requirements for fish and shellfish,” she told Fishing News.

“It’s important that we continue to make the case for fishing, to make sure nobody loses sight of the opportunities that lie ahead”

“Seafood issues were a big focus for FSA Scotland because of the big fishing and seafood industry here. I was closely involved with Brexit preparations after the referendum, so I’ve got a good understanding of all the issues, and the political landscape we’re in.”

Getting to grips with the political and technical complexities of the diverse Scottish fishing industry is no easy task. Even under normal circumstances, this would be a tough time of the year to become involved in the detailed discussions with the Scottish and UK governments, and the EU and Norway, surrounding the lead-up to the December fisheries council – but this year is far from normal.

“Yes, I’m coming in at a very challenging time,” she says. “Nobody knows what’s going to happen, but it’s important that we continue to make the case for fishing, to make sure nobody loses sight of the opportunities that lie ahead for the industry when the UK is out of the CFP – but also recognising that if there were to be a no-deal Brexit, in the short term there would be significant risks for the supply chain and processing side of the industry.

“We’ve got to think through all the possible scenarios, make sure we’re engaging across the industry with the UK and Scottish governments, and continue to make the case for why the catching sector sees such big opportunities outside the CFP, and that we would want to achieve these in ways in which the whole supply chain can benefit.”

SFF is ‘a broad church’

“I’ve heard these criticisms, but in my view, they are unfounded,” she said.

“We absolutely recognise that the Scottish industry is very diverse, it’s a very broad church, and we have been at pains in the last few weeks, in our discussions with government, to join up with the processing side at all levels. We recognise that those small vessels that are landing live shellfish for the continental market and the processors have real concerns over what might happen to their markets in France and Spain in the event of a no-deal Brexit, and we have been stressing to government the potential consequences they could face.

“In fact, the SFF and the Scottish Seafood Association put out a joint press release only last week, following a meeting with Theresa Villiers, secretary of state at DEFRA, saying that we all see the opportunities, but we also see the risks to the supply chain side. We’re taking all the opportunities we have to make those representations to government.

“We put a lot of resources into the inshore side. We’re a fairly small team at the federation, but we have a member of staff, Malcolm Morrison, who leads on that work and essentially looks after our inshore policy.

“We are involved with the regional inshore fishery groups in Scotland, and our member associations represent all sectors of the industry. Our member associations represent all interests in their communities. In Shetland, for example, where I visited recently, the Shetland Fishermen’s Association (SFA) covers the whole spectrum, from the large pelagic and whitefish vessels through to small inshore shellfish boats – they’ve got a really good set-up there.

“At the other end of the scale, it was great to see new vessels like the Adenia, and the investment, commitment and ambition in the industry, despite the risks. It’s certainly not an industry for the faint-hearted.”

Stressing the importance of the processing sector and exports, Ms Macdonald said that a delegation from Boulogne had visited Scotland last week, and that there had been ‘very constructive’ discussions.

“There are about 5,000 jobs in Boulogne that depend on processing Scottish seafood. They want that material, they want to supply their customers, and we want to get it to them, and the government is doing its best to make sure that can happen.

“Hopefully, in the future we’ll be able to increase the amount of raw material we can supply to them and to any other markets, whether it’s in the EU or beyond.

“We’re not going to go overnight to that point of doubling the raw material caught by Scottish vessels, but we would want to see an immediate uplift in quota and then incremental gains. That’s a longer-term discussion to be had, but that would be our direction of travel – making sure there’s a strategic infrastructure to support that, from the catching side right through the supply chain, so that there is economic benefit spread right across the industry from the extra raw material that we want to be able to catch when the UK controls access to waters and fishing opportunities, beyond the CFP.” 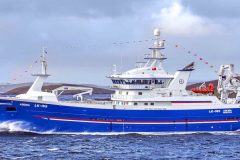 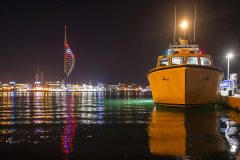