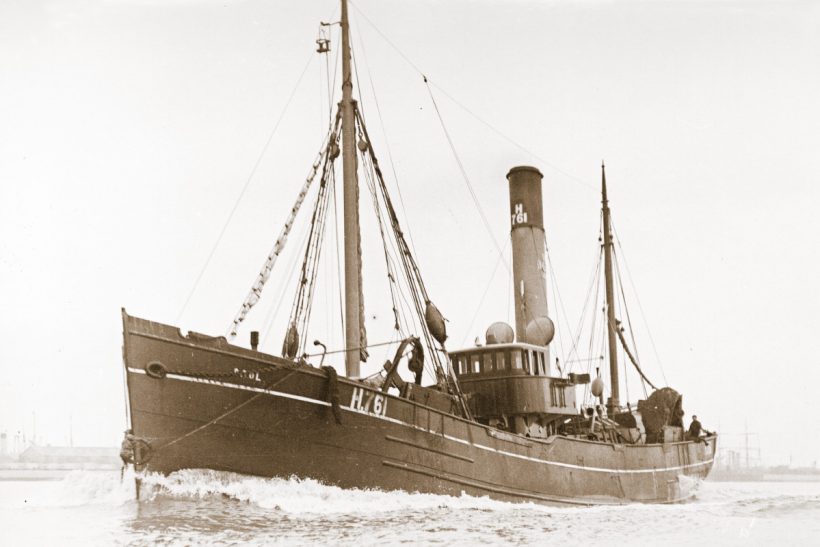 Part 5 in the series ‘A Trawlerman’s Reminiscences’, written by Hull skipper William Oliver in 1953. (Photographs courtesy of Alec Gill)

My first trips as skipper

Hull skipper William Oliver had a trawling career spanning sailing smacks and the early days of steam, at the turn of the 20th century, to the outbreak of the Second World War. He set down his experiences in a series of articles, ‘A Trawlerman’s Reminiscences’.

This is the fifth in the series – at the end of the previous article, he had just obtained his skipper’s ticket in 1906, and was sailing as mate in the Ocean Queen, bound for the newly opened White Sea grounds in the Barents Sea. 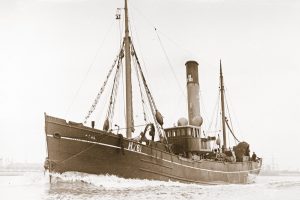 Gaul, owned by Hellyer’s, was one of several vessels that made good trips in August/September 1906 from the White Sea grounds off northern Norway/Russia, which were being opened up at the time.

Ocean Queen H 856 proceeded through the Norwegian fjords to the White Sea, and after about eight days began fishing off Cape Kanin. We caught and landed about 1,200 kits of plaice, but by this time there was more plaice landed than could be disposed of, and it made a very poor price.

For three and a half weeks we made £186, and consequently were in debt. The next trip, our skipper decided to return to Iceland, and intended to experiment at some new fishing grounds up Brede Bay. After some time, he eventually fixed a position, put down a buoy and began to trawl. We were very successful and were home again with a very fine trip in 18 days, making £500 in early September, which was considered very good in those days.

Skipper Gant always took a great interest in me, and whenever we were on a profitable fishing ground, he took great pains to show me landmarks and give me all the information that was possible. I really had the benefit of his years of experience, and it became very useful to me in later years.

When we had landed from Iceland in early September, some vessels had again made good trips from the White Sea, particularly the Gaul H 761, owned by Hellyer’s (skipper William Leighton).

Our skipper decided to go to the White Sea again, but I didn’t fancy it. I was thinking of our previous trips to Iceland, and after much thought decided to leave Ocean Queen and remind Mr McCann, manager of Pickering Haldane’s and managing owner of the Yorkshire Steam Trawling Company, of a promise he had made that I could fish for him when I had my skipper’s ticket. I very diffidently acquainted my skipper of my decision, but he was very nice about it, assuring me that if I did not meet with success as a skipper, I could always go back with him. I can never thank old Tommy Gant enough for all he did for me. 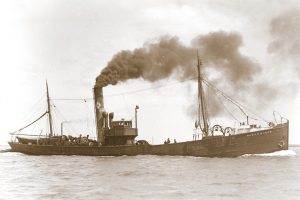 William Oliver sailed as mate in Ocean Queen before finding his first berth as a skipper.

When the Ocean Queen had been away about three days, I went on the dock intending to call at Mr McCann’s office. He was outside, however, and seeing me said: “Hello Oliver, I thought you were on your way to the White Sea.” I explained the circumstance to him and he asked me if I had confidence in myself as a skipper. I replied that I had, and when I was asked if I could make a good trip, I said I would try my utmost.

He told me to keep in touch, and before I did anything to let him know. Several days passed, and then one day I was told Mr McCann wanted to see me in his office. He said he had considered the matter, and although several directors had said I was far too young, he himself was prepared to take the risk.

So there I was on 26 September, 1906, steaming out of St Andrew’s Dock, skipper of the Lord Salisbury H 323, owned by the Yorkshire Steam Trawling Company, bound for Iceland. I had at last realised my wildest ambition.

Altogether, I sailed for Mr McCann, with a few breaks, for 24 years. 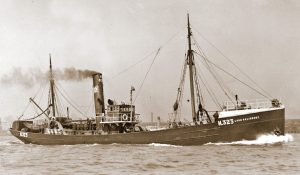 William Oliver made his first trip as skipper in the Lord Salisbury, owned by the Yorkshire Steam Trawling Company.

I had been five trips in Lord Salisbury, starting in Brede Bay, where I had left off as mate, and I was doing fairly well. My old skipper had made a terrible trip from the White Sea the trip I left, making only £150, and had left the old Ocean Queen.

After Christmas, I went to Iceland in the Lord Salisbury, and when the trip was completed, had occasion to anchor in Skutils fjord on the northwest coast with a northwesterly gale blowing. It was a big mistake, due to my inexperience, for the gale brought the ice into the fjord, and we remained fast in the ice for three weeks.

There was still no telegraphic communication with Iceland, and three trawlers were lost on that trip – King Edward VII, Venture and one of Hellyer’s, Imperialist.

When we had been away for five weeks, there was much concern in Hull among the owners and our families. However, we turned up at last, after nearly six weeks, and made a shockingly bad trip. Mr McCann shook hands with me, but after saying he was glad I had arrived home, he gave me the sack, as a rest, he said, would do me good.

I was very upset at being discharged, as the time was now coming when it would be easy to make a good trip, and I could benefit from the information gained from my old skipper at the Westman Islands. But I was only home for a few days, for not being content to wait for Mr McCann to give me another ship, I tried my luck elsewhere. 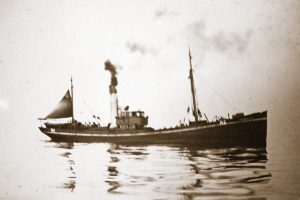 Imperialist, owned by Hellyer’s, was one of three Hull trawlers lost off Iceland in the winter of 1907 – the other two were King Edward VII and Venture.

On 12 March, 1907, I signed on as skipper of St Maurice H 715, owned by Thomas Hamling Steam Trawling Company, and remained with that company for three years, changing from the St Maurice to the St Clair H 803, and then to the St Lawrence H 939. The St Lawrence was one of the largest trawlers in Hull, being 138ft long, and I felt very proud to command her at the age of 24. On my first trip in her, our fourth child was born. It was a boy, and we named him Lawrence. He is now a skipper of many years’ experience.

I severed my connection with Hamling’s in the summer of 1910 and was very unsettled for a time, doing a few trips in and out of ships.

In early 1911, I was out of a ship and met Mr McCann as I passed him on the dockside. He stopped and asked me what I was doing (although he knew very well I was doing nothing).

When he discovered I was ready for sea, he shipped me skipper of the Lord Beresford as a relief while her skipper was having a rest. After two trips, I relieved the skipper of Lord Wolseley H 263 on a similar basis. I did two trips in her, both profitable ones. 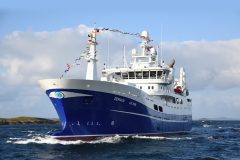