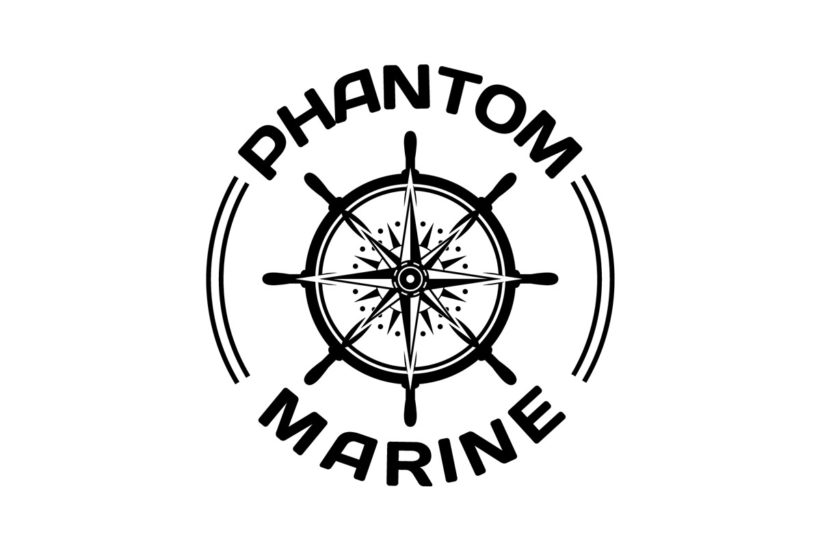 Karl Hawkins likes boats. Always has. All of his working life – barely a couple of decades so far – has involved them. It was a matter of the heart which, early on, steered him to a diploma in boatbuilding and yacht construction at Lowestoft’s International Boatbuilding Training College, on the strength of which he got a job with local boatbuilder Goodchild Marine Services, on the river Waveney just inland from Great Yarmouth. Six years later, he was working in the offshore energy sector out of Yarmouth, travelling the world, and six years after that he was working for Yarmouth-based Hydramec, which builds bespoke marine handling systems, winches and A-frames.

But by then, the direction of travel was taking him away from direct involvement with boats for boats’ sake. Along the way, he’d picked up a few business management qualifications and a decent grounding in engineering and hydraulics, and he decided to revert to instinct and strike out on his own.

He bought the mould for the sea angling boat Aquafish 185, and started producing hulls, working by himself in shared premises. But within a couple of months he’d tripled the range by buying the Aquafish 23 and 28 moulds, and straightaway he needed more hands and a bigger place. He got both, the latter near the harbour at Lowestoft. Another Aquafish 23, in for upgrades to the deck and interior. Phantom Marine undertakes all repair work, and is Seafish/MCA-accredited.

Those moulds came with the Aquafish branding and a bit of a cult following. There are about 80 Aquafish 23s and 11 28s on the water these days – the majority built by the previous mould owner – and they even have their own Facebook page, which Phantom Marine now runs (not to say ‘moderates’, because they are a very civilised bunch, those Aquafish owners). And with continuing technical support from Phantom, they are great ambassadors – not to say sales staff – for the brand.

But the company, now comprising two laminators and a boatbuilder, as well as Karl himself, is now embracing proper fishing, having acquired a bigger mould, from which has just emerged the first catamaran hull destined for commercial registration and a career in potting for Selsey fisherman John Reeves. The hull is 9m by 3.55m which, with mounting pods for outboards, will be under 10m.

“We’re doing a part-build,” said Karl. “We’re doing all the structural work – frames, deck, wheelhouse and wheelhouse windows – and we’re putting the outboard pods on the back.

“The hulls themselves are wider than our competitors’, and the bow is higher, with a larger wave breaker, which helps to increase the cushioning effect when underway. And the additional buoyancy obviously adds deck-carrying capacity. This one will take two and a half tonnes.” Production time will be about 12 weeks.

And the company is moving quickly – figuratively and physically.

When Fishing News had a look, the frames were being fitted in a shed which wasn’t much bigger than the hull itself, and with three further orders for this commercial number, Phantom Marine is about to move on to bigger and better premises beside the river Yare in Great Yarmouth. There, with twice the floor space, four times as much yard and a launching bay, Phantom Marine can burst forth like – well, like a crab shooting its shell, really.

Fishing News will go and have another look when things have hardened up a bit. 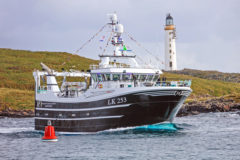 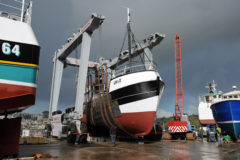 Builds at all stages at Toms’ yard