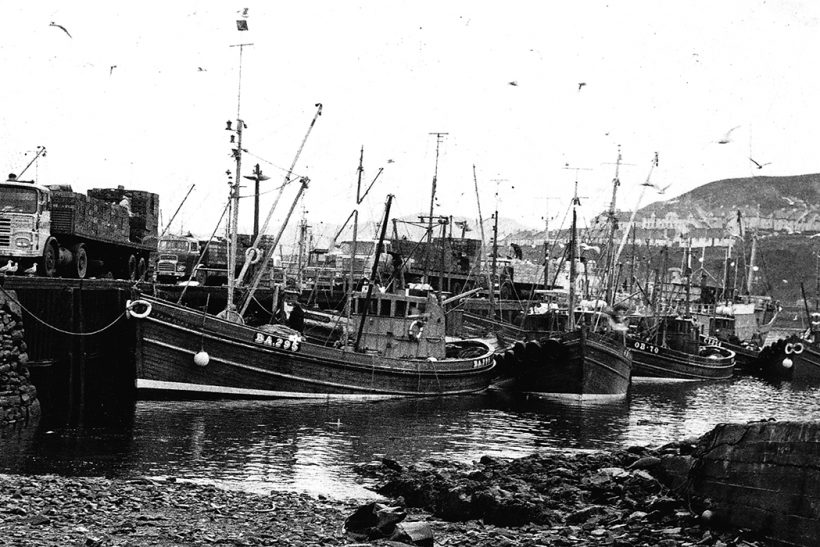 Ports in the Past: Mallaig harbour of yesteryear

The West Highland harbour of Mallaig has a longstanding fishing tradition, playing a prominent role in the Scottish industry.

Above: A typically busy scene at Mallaig in the late 1960s with local and visiting ring-netters landing herring in traditional wooden boxes to a similarly large fleet of open lorries. Boats clearly identifiable in this photograph include Alex Munro’s Fair Morn BA 295, William Forbes’ Atlanta OB 70 and the South Uist ringer Sancta Virgo CY 254 skippered by Donald MacInnes of Eriskay.

Over the years, the main fishing methods of the boats that fished from Mallaig, and the catches they landed, have been subject to considerable change.

Situated at the south-end of the Minch, where a relatively small natural inner harbour provided valuable shelter, for decades the port was mainly used by a generally smaller class of vessel, landing a seasonal mix of pelagic and demersal fish.

A large number of local and visiting ring-net boats, including those from the Western Isles, south to the Clyde, as well as the Forth, regularly landed herring at Mallaig after fishing in the numerous sea lochs on either side of the Minches. Despite its remote location, which was further compounded by a challenging single-track road, Mallaig was widely recognised as being Scotland’s premier herring port.

As midwater pair-trawling began to succeed ring-netting as the main method of catching herring, Mallaig’s status grew further in the late 1960s and early 1970s, when larger boats from the Moray Firth and northeast Scotland frequently landed catches, along with some of the early purse-seiners.

A marked rise in landings of prawns and scallops followed the downturn in herring fishing experienced from the mid-1970s onwards.

Mallaig’s close proximity to suitable grounds again proved invaluable, enabling the small West Highland community to quickly establish itself as a main prawn landing centre, again meeting the requirements of local and visiting boats from all parts of Scotland.

This frequently led to severe congestion in the harbour, particularly across the top of spring tides or during poor weather, when tiers of boats berthed up to 8 to 10 abreast were commonplace.

From the 1980s, visiting boats sometimes included larger whitefish pair-trawlers from Peterhead when fishing the west coast grounds. In later years, these were followed by trawlers landing whitefish catches into Mallaig after fishing at Rockall; a seasonal practice that continues today.

The pressure on quay space led to a new deepwater outer basin being opened in 1998.

The succession of decommissioning schemes implemented during the 1990s, followed by the back-to-back ones in 2002-2003, led to a marked reduction in the size of the fleet that operated from Mallaig. 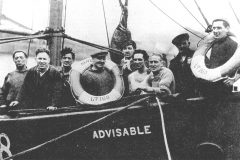 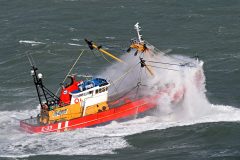 At sea on the Brixham beamer William of Ladram