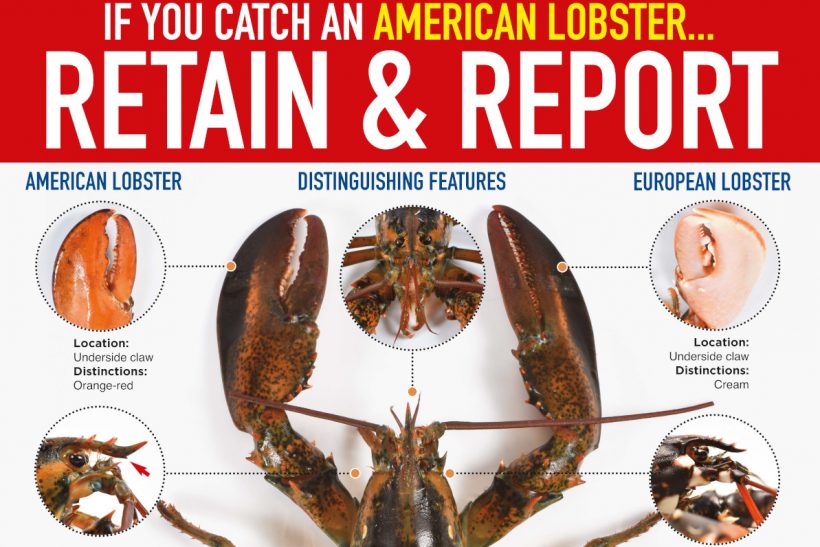 One newcomer to our waters that is definitely not welcome here is the American (or Canadian) lobster. Debbie Murphy and Chris Barrett of CEFAS offer advice on the new DEFRA ‘Retain and Report’ campaign

Keen-eyed fishers around England occasionally notice broad-bodied, orange-tinted lobsters in their catches. While such features are not always a definitive means of identification, their finds are often the non-native American lobster, also known as the Canadian lobster.

DEFRA has funded an awareness campaign to engage with lobster fishermen, which is now being launched, explaining the legal position, how to identify an American lobster, the risks posed by the animals and the importance of reporting.

Early discussions identified that fishermen were more likely to return an American lobster to the sea than report it. Expressing his concern on Facebook’s Fishing News group, one fisherman reported throwing an American lobster back into the Wash, Norfolk ‘quickly, before anyone shut [the fishery] down’. 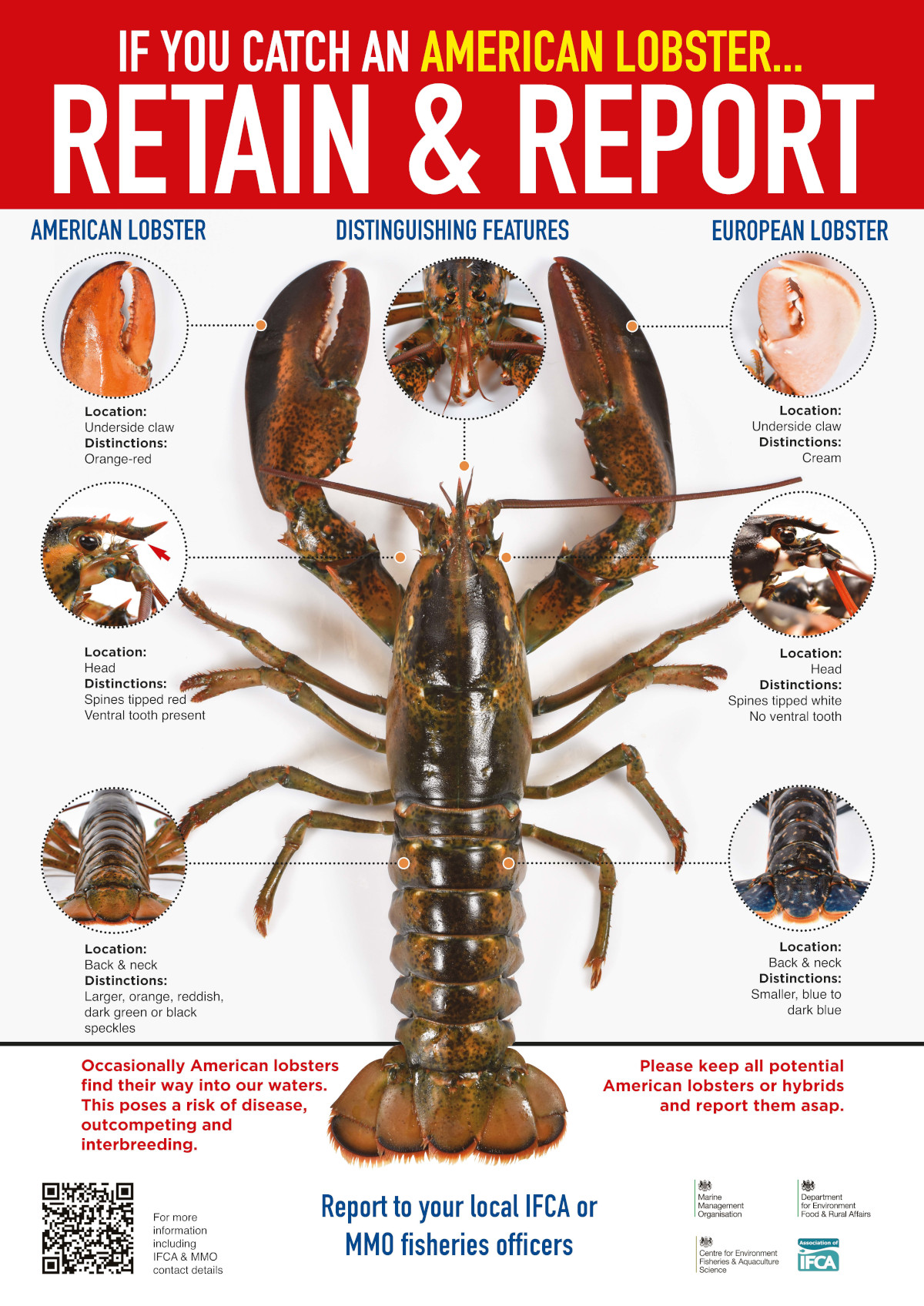 American lobsters in our waters may have a negative impact, so must be removed. Knowingly releasing a non-native species to the wild is an offence under the Wildlife and Countryside Act, including returning one to the sea at point of capture. American lobsters tend to grow to larger sizes than European lobsters, have a larger dietary range, are more tolerant of different habitats, are more aggressive, and produce more eggs than European lobsters. This means that they are at a competitive advantage over the native species.

American lobsters might also carry the bacterial disease gaffkaemia or epizootic shell disease. Transferring these diseases to native stocks could result in major economic losses to fishermen. There is also a risk of American lobsters bringing other non-native species to our waters, such as barnacles and other small invertebrates that have attached themselves to the lobster.

Reports of American lobsters caught in our waters have historically been in low numbers and generally of single animals, contributed to by escapes from holding tanks or releases by well-meaning members of the public or religious groups. The biggest contributor to American lobsters in English waters was a mass release in June 2015 of 361 specimens off Brighton by Buddhist monks as part of their religious practice known as ‘fang sheng’. In the months following this release, 136 American lobsters were removed from the sea in the surrounding area, making up a large proportion of the 149 American lobster captures reported from 2012 to 2018.

Almost five years on from that mass release, and with less than half of the American lobsters having been reported as being recaptured, DEFRA is keen to know what impact the animals may have had, if any, and is launching its ‘Retain and Report’ campaign. The campaign is asking fishers around the coast of England to keep a lookout for both potential American and potential hybrid lobsters, and if any are spotted, to retain and report them to the fisheries officers at their local Inshore Fisheries and Conservation Authority (IFCA) or the Marine Management Organisation (MMO).

All possible American or hybrid lobsters should be put aside, regardless of their size or whether they are berried (carrying eggs), and reported as soon as possible. The fisheries officers will then assist with identification and collect as much information as possible about the animals – this will include catch location, size, sex and photographs of distinguishing features. They will then advise if the animal must be returned to the sea (undersized or berried European lobster), can be eaten/placed on the market (American lobster), or is required for additional testing to determine the species (undetermined species).

The project’s lead, Debbie Murphy, said: “This is a great opportunity for us to work with the industry to gain information about whether these animals are affecting their fishery or not. By collecting this data, DEFRA will be in a stronger position to make informed decisions regarding policy, and be able to work to protect both the trade in American lobsters and wild stocks of European lobsters.”

Go to: bit.ly/32obumO to find out more. Similar campaigns are planned in Scotland, Wales and Northern Ireland in 2020. 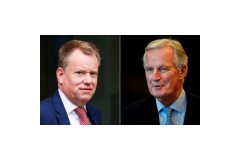