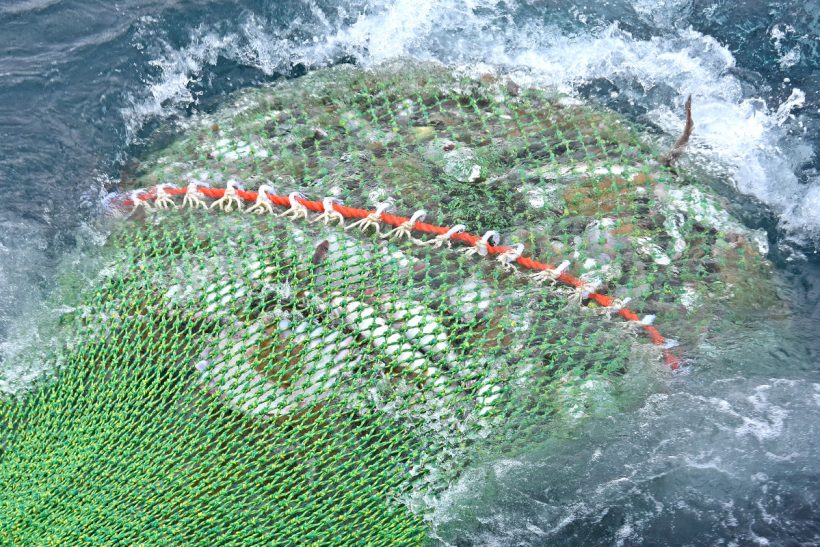 These are extremely exciting times in Shetland. Investment in an industry that is the most important form of employment, and that brings vitally important economic stability to a remote island community heavily dependent on it, is at a level not seen for more than a generation  David Linkie reports

Healthy stocks and consistent market demand, allied to the commitment and forward-thinking attitude of local fishermen and service providers ashore, are key reasons for this. 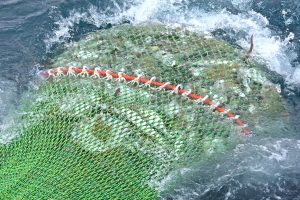 The fishing industry in Shetland is rapidly approaching the end of another successful year, the headlines from which include a record number of boxes of whitefish being sold by Shetland Seafood Auctions for the sixth year in succession, and the arrival of three new state-of-the-art pelagic and whitefish vessels for partnerships on Whalsay, the most fishing-dependent community in the UK.

New custom-designed whitefish markets are at early stages of construction at both Lerwick and Scalloway. Completion of larger landing facilities in unique simultaneous multi-million-pound developments will bring major long-term benefits for local and visiting fishermen, auctioneers, buyers and processors.

This level of achievement in the most northerly part of the British Isles maintains the momentum and wave of optimism that has been to the fore for a number of years now in Shetland, where fishermen, together with local buyers, processors and service providers, continue to work for the mutual benefit of the local fishing industry, which with a ‘Shetland’ annual value of £139m, is by some margin the second-biggest landing centre in the UK. 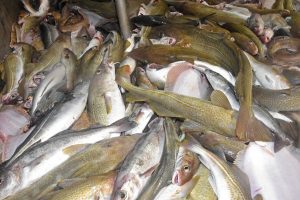 … the majority of which had MSC accreditation.

Further optimism stems from two other trends, both of which are particularly significant for the long-term future of fishing in Shetland.

This year, demand for training from new entrants and progressive young fishermen reached unprecedented levels, as a result of which the NAFC at Scalloway laid on additional courses.

Following an independent stock survey, undertaken by the NAFC research vessel and fisheries scientists from the Marine College towards the end of the summer, data published last month revealed record numbers of small haddock and increases in small cod and whiting populations on the inshore grounds.

A further 85,000t of mainly pelagic fish, worth £62m, was landed outwith Shetland by local boats. This took the total catch value for the Shetland fleet to £112m, and the overall total of ‘Shetland’ fish landings (landings in Shetland plus landings elsewhere by Shetland boats) to £139m. 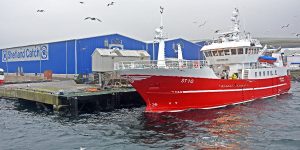 The weight of whitefish landed in Scalloway and Cullivoe increased substantially from 2016 to 2017 (by 17% and 45% respectively), while the quantity landed in Lerwick increased by 6%. Between 2015 and 2017, whitefish landings at

Scalloway rose by 76%, highlighting the need for the new fishmarket now in the pipeline, while the weight of whitefish landed in Cullivoe, on the island of Yell, more than doubled.

The extent to which Shetland trawlers and seine-net boats continue to rely on traditional mixed whitefish catches is illustrated by the fact that the top 10 species landed in Shetland each contributed over £1m to the annual demersal catch value of £41.9m. (See Table 2) 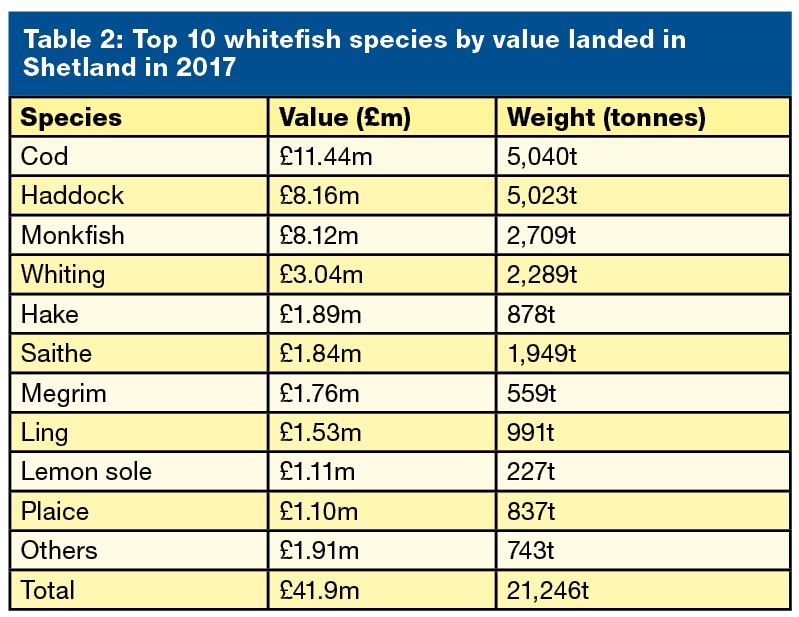 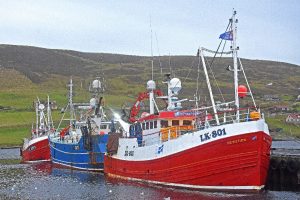 With the exception of a small quantity of hand-line-caught mackerel from inshore boats fishing from smaller harbours around the Shetland mainland and outlying islands, all pelagic fish were landed to the Pelagia Shetland processing factory at Gremista, Lerwick, where mackerel accounted for 75% of the total weight and 85% of the value. 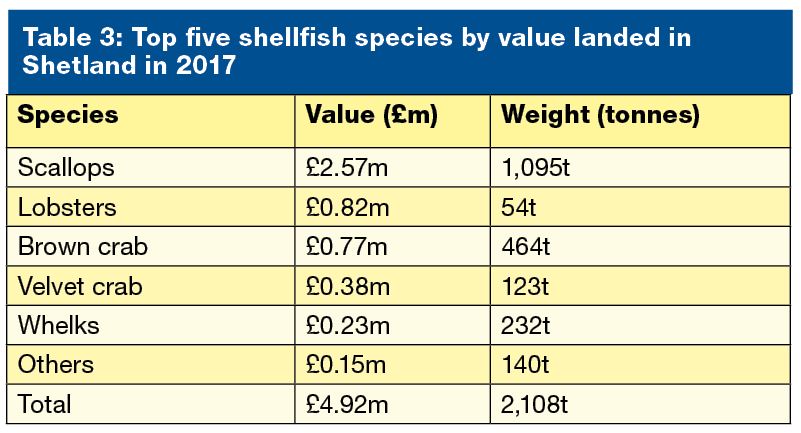 The part of the UK’s exclusive economic zone (EEZ) that lies adjacent to Shetland (north of a median line between Shetland and the rest of the UK) covers an area of 127,000km². That is 17% of the total area of the UK EEZ, and about one-quarter (27%) of the Scottish part of the UK EEZ. 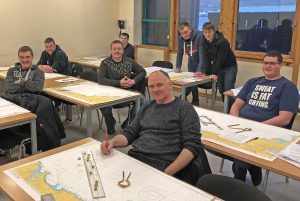 This has been an extremely busy year for fisheries training at the NAFC in Scalloway. Along with running the Class 1 and 2 fishing tickets, the NAFC has accommodated 17 new-entrant fishermen on two separate Seafish Introduction to Commercial Fishing courses – the largest intake in the past 20 years.

Section leader for fisheries training Mark Fullerton said: “This renewed interest in the fishing industry as a career is extremely encouraging. For the industry to thrive in Shetland, it is essential that a new generation of fishermen take an interest, and are given opportunities within the local fleet.”

With the optimism in the Shetland fishing industry, the NAFC Marine Centre is well-placed to meet the training requirements of the islands’ fishermen. Since it opened its doors to students in 1992, the range of courses offered at the fisheries college has expanded to meet the industry’s requirements for training. 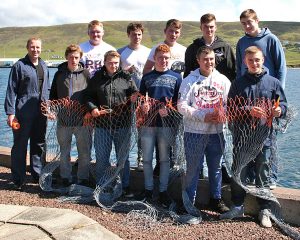 Tutor Mark Fullerton with the boys who participated in the first of two Seafish Introduction to Commercial Fishing courses held at NAFC this year, due to increased demand for places. Magnus Polson (second left, back row) subsequently joined the crew of the new Whalsay seine-net boat Tranquility, featured in Fishing News, 26 July. (Left)

For students interested in a career at sea, the training offered can start as early as age 14 to 15, when school pupils can apply to join the NAFC’s Skills For Work Maritime course. This course gives the pupils a taster of the opportunities in the marine sector.

On leaving school, the NAFC offers the Seafish Introduction to Commercial Fishing course, which helps young fishermen gain the basic training and certification required to work on a fishing vessel.

New entrants successfully completing the introductory course can apply for a place on the Modern Apprenticeship Sea Fishing course, which provides natural progression.

The college also regularly runs the Class 1 and Class 2 fishing tickets, the certification required to skipper vessels, and the fishing engineer tickets required on larger vessels.

Without exception, the younger generation of crewmen and skippers now driving Shetland forward with their enthusiasm and skills all started their careers at the NAFC. This highlights the extremely important role that tutors at the Marine College have in supporting the fishing industry.

Alongside the fishermen’s training, there is also high demand for courses from the aquaculture sector, which requires similar basic safety training. This includes survival, fire, first aid, radio and workboat skipper training, all of which can be gained at the NAFC.

Mark Fullerton said, “For a relatively small place, the range of courses offered here is surprisingly broad. We are delighted that we are able to support the local industries by offering such a variety. Even companies based on the mainland send employees here, for the convenience of gaining a range of fisheries training under one roof.”

The college is now embarking on a new phase of course expansion to meet the anticipated future requirements of the fishing industry. Changes under the STCW-F Convention will see new training requirements being introduced for new-entrant fishermen, and those applying for fishing tickets.

The NAFC has partnered with the Highlands and Islands Airport Fire Service and gained approval for the delivery of STCW Fire Prevention and Fire Fighting courses in the islands at Sumburgh airport. With advanced firefighting and lifeboat training also planned, there will no longer be a requirement for local fishermen and other seafarers to travel to the mainland to attend these specialised courses. 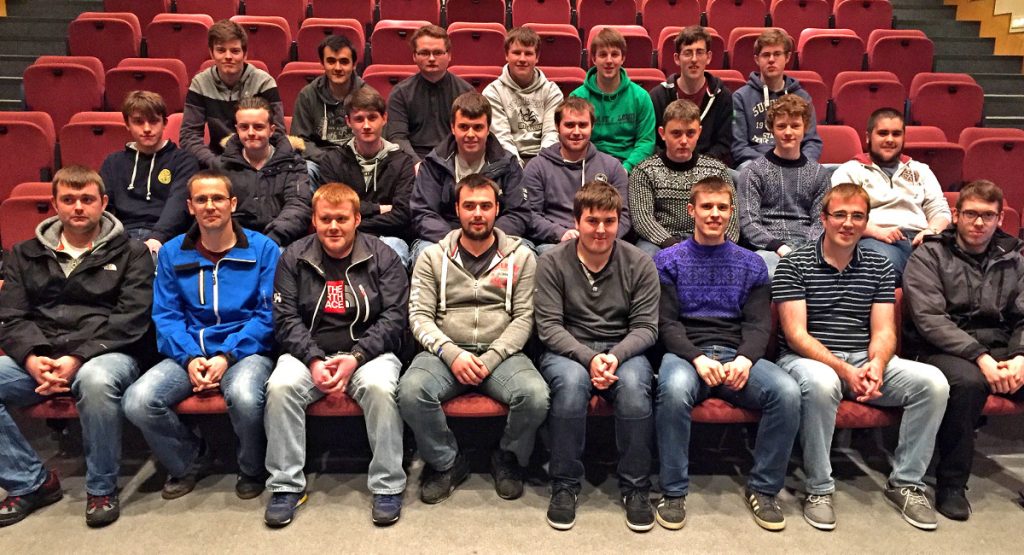 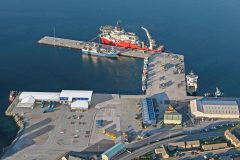