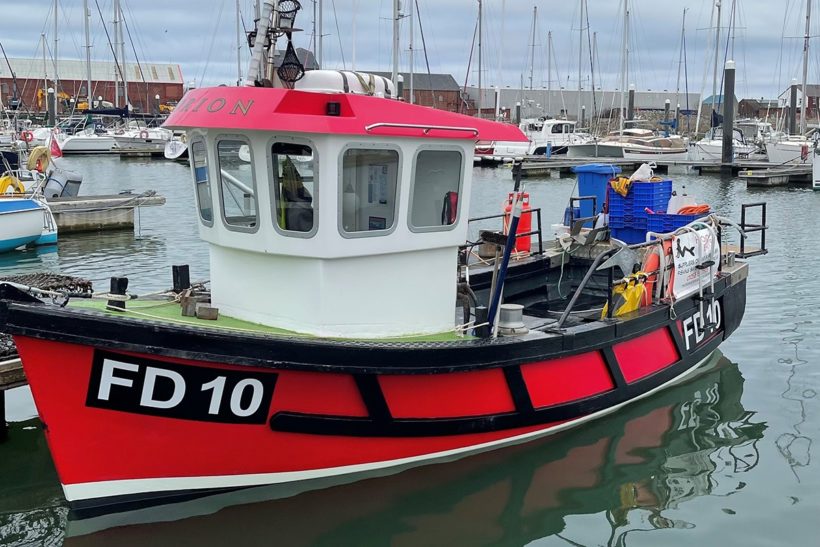 Last week, FN provided examples of two of the many vessels around the British Isles that have been unable to fish since inspection under the new Under-15m Code – vessels made by Island Plastics and Cheetah Marine. This week we look at examples of two other well-known designs, the Tamar 24 and the Cygnus 21

Fishing News commented last week on the ‘lottery’ that meant that virtually identical vessels, from the same mould, could be in very different positions right now, depending on the due date of their next MCA survey. However, as one owner here demonstrates, if you are unlucky enough to have a vessel available for inspection, even if you are not present, and your next survey date is two years away, you may still not be safe.

We have been contacted by a number of other marine professionals, some of whom we hope will share their professional views with FN readers in the next week or two.

In the meantime, Fishing News will look to work with the industry to map out a route that we hope will persuade the MCA to allow existing vessels to return to sea, whilst issues within the Code relating to scuppers and well decks are better investigated.

Every fisherman in the fleet has at some time in their career seen small boats with work that has made them unseaworthy. A blanket call to allow all boats, regardless of their condition, to go back to sea would be reckless and irresponsible.

Nevertheless, as we document the human cost here of the haphazard introduction of a code that is victimising professional fishermen, operating boats that are well within the safety codes and requirements required when they purchased the vessels, Fishing News is calling on the MCA to introduce, immediately, common sense to the ongoing debate. It is now time to allow fishing vessels that would be classed as seaworthy under the previous Code to return to sea.

If such a return is to be conditional – say to fish within an hour’s steam of a safe haven – so be it.

At this moment, small-boat fishermen, many of whom suffered a severe loss of income during the Covid lockdowns, need simply to be able to get on with their jobs. For those tied up, who meet the requirements of the previous codes, a return to sea is the only fair option. For those still fishing – and now no doubt looking over their shoulders for an unannounced visit that will result in their being tied up as well – confirmation that they can continue to work until the issue is resolved is the only way forward.

Fishing News has contacted the MCA several times over the course of the past two weeks, asking for comment or a statement. Their eventual reply, asking to submit a response for publication, came just as this issue was going to press. We will report on their response next week. 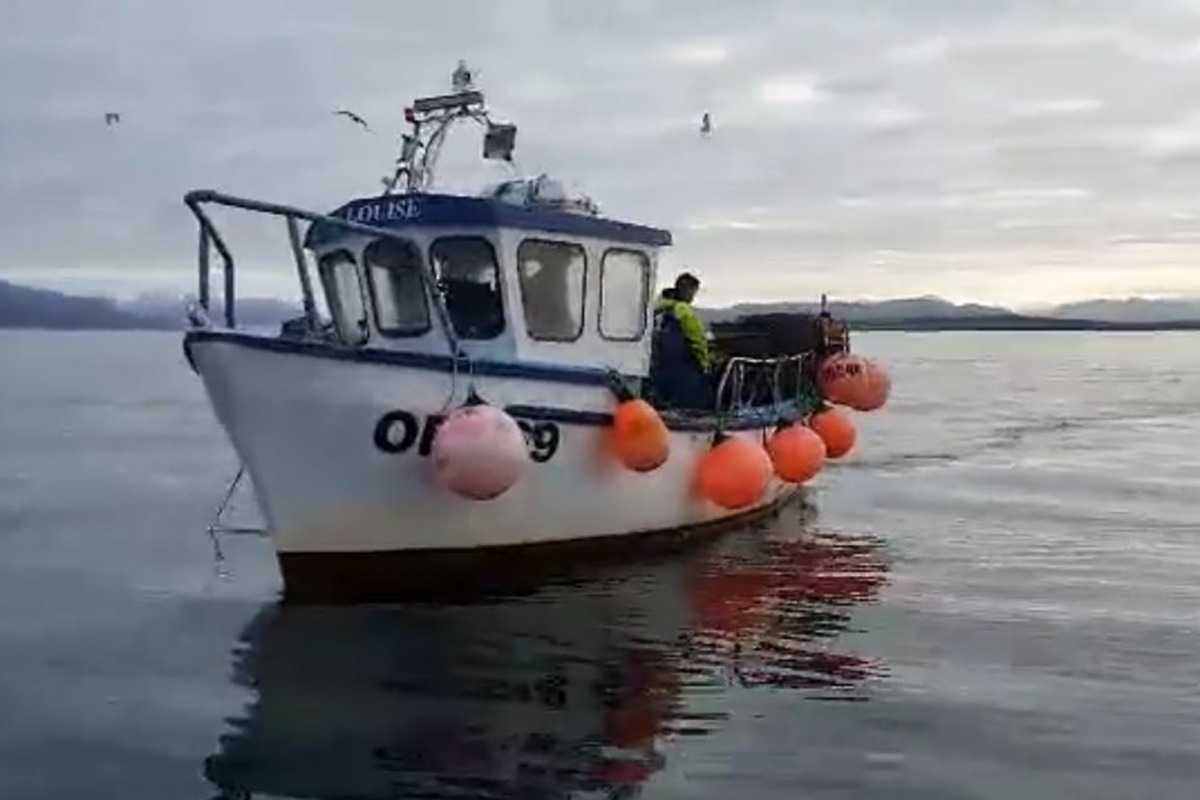 Josh Kassim, based in Broadford on the Isle of Skye, bought a Tamar 24 in 2019, that was surveyed by the MCA at change of ownership and given full approval. It was therefore a nasty surprise when the same surveyor, re-surveying the boat last October after extra work had been done to improve it, failed it comprehensively.

“When I finally was inspected, after a couple of no-shows, I was told my scuppers were too close to the waterline, even though I passed the roll test. His advice was to lighten the boat and shed weight as this would help the measurements, and also to build up the hatches to 300mm.

“I was also told that I had to investigate water ingress into the watertight compartments. To prove this, I have had to cut a big piece out of my deck, and out of the buoyancy foam underneath, even though it was entirely dry. That will all need repairing at my own cost as well.

“The inspection came when my youngest child was just five months old. I had been really careful in planning for this boat, and was just starting to do well. Now I have had to sell my vehicle, just to buy a new wheelhouse – all the way down in Ramsgate – that will replace the existing one in order to allow me to lighten the boat.

“It is not just that I have lost my income since last October. Even if I were given permission to get back to sea tomorrow, I will now find myself in a situation where other fishermen have moved onto the grounds I was fishing, and I will have to start from scratch finding places to fish.

“The irony is, I was doing really well last autumn, but fishing at all times in sight of Broadford pier! It is not as if I am asking permission to sail 20 miles out into the Minch to fish each day.

“I just need some way to start earning money again, and make up for lost time. I have solicitors’ letters now, warning me about repayments I have been unable to make, bills for the family building up. If I could just get a few months’ grace time to put these so-called ‘defects’ right, I could at least earn what is needed to get me out of trouble.

“No one wants to blame the surveyors themselves. My surveyor passed my boat under the old Code, but now he is working to a new one, and has to stick to what he is obliged to do under it.

“What we desperately need is some common sense. This boat has passed years of surveys under the previous standards. Just allowing me an interim period, to work within a certain distance of the harbour, and to have time to change the boat, would give me the means to meet the new requirements.

“It is not as if this is unfair to ask – there is an identical boat to mine fishing in the region, who doesn’t have to have his inspection for another two years. All I am asking for, really, is a level playing field.” 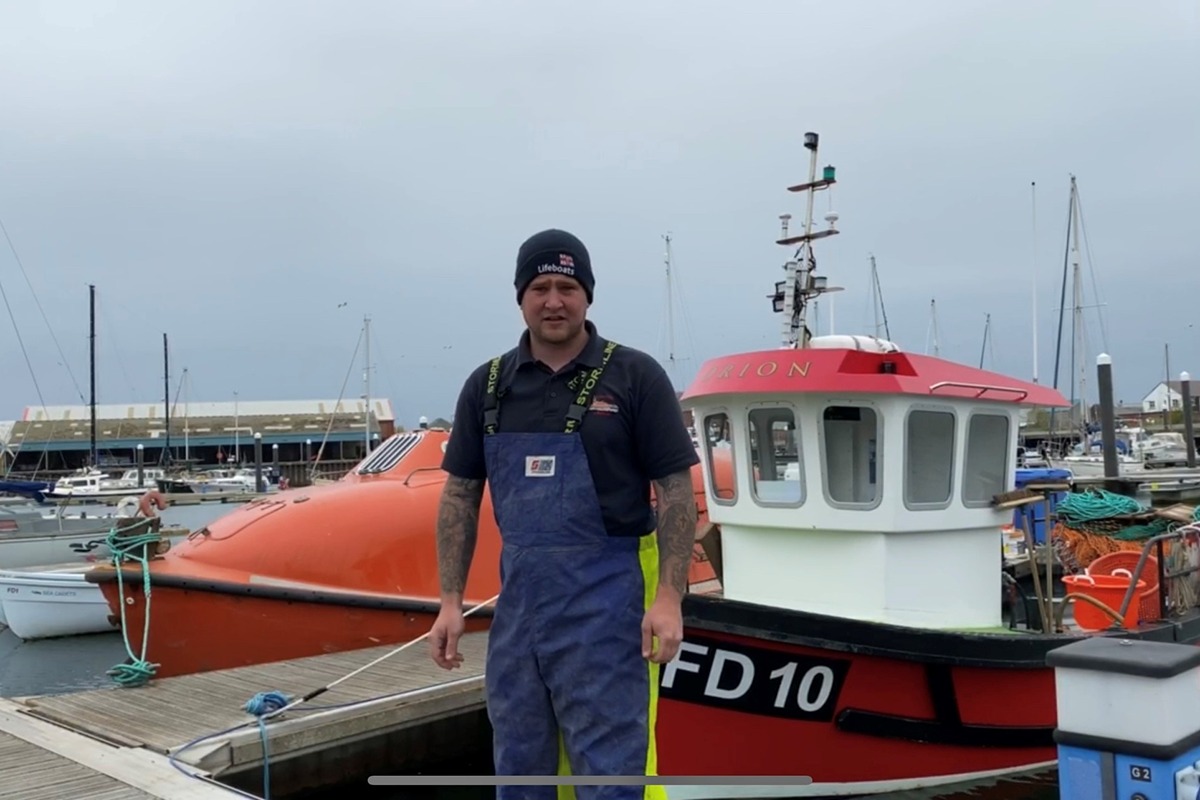 Daryl Randles and his C21 Orion in Fleetwood marina.

Daryl Randles has operated his Cygnus 21 out of Fleetwood for the last eight years, and had previously sailed through MCA inspections without any issues. He fishes for ‘whatever is there at the time’ – a mixture during the year of potting, gill-netting and trawling for fish and Morecambe Bay shrimp.

The first that he knew about being inspected by the MCA last October was a phone call from the marina where his boat is based. Normally on a swinging mooring, the boat was alongside, so could have its scupper height checked without being boarded.

“I was surprised to get the call, as we were not due an MCA inspection until 2023. If we hadn’t had a call from the marina itself, the first we would have known about this would have been an email from the MCA tying us up. As it was, we drove down and found them inspecting us.

“They gave me a defect list on the spot – block the scuppers and fit drains, and fit an automated fuel shut-off. For the fuel shut-off, we have until 2023, but they told us that the scuppers were ‘so dangerous’ that we had to tie the boat up immediately.

“We asked them if we could just go out on the next tide to bring in our static gear, but they refused this point blank – even when we pointed out that bad weather was due a few days later, and the possibility we would lose the gear.

“We totally disagreed with their judgement that the boat needed the deck opened up, and the scuppers blocked. But they are the MCA and we are just small-boat fishermen, so we knew we couldn’t fight.

“We got the boat craned out, and have done what they asked us to do. We’ve put in two deck drains, stainless steel piping, an extra bilge pump and separate alarm system and switch, 3mm grates on top of the bilges, and then bigger square mesh above this, to try and trap as much debris as possible. We have been allowed to leave two small deck drains, blocked with bungs when we are at sea, to allow rainwater to drain when we are on the mooring.

“The MCA surveyors themselves have tried to be helpful with us, such as with finding a way to keep rainwater out of the bilges. It is the Code we have an issue with, nothing else.

“Perhaps just as badly, we don’t actually feel as safe when we go to sea now. Summer weather will be OK, but we have a more difficult risk assessment now before we go out in winter weather. The risk of a boat sinking, due to blocked pumps, or pumps not coping with water coming in, is worse, in my view, than any risk we had of capsizing when we had the scuppers in. We can’t work the weather now due to the changes, and we are going to lose fishing time as a result.

“I did ask about possible grants to help get the work done, but there was nothing. We didn’t fight – we couldn’t afford the lost sea time, and have just worked as hard as we can to comply with what we’ve been ordered to do, so we can get back fishing again.”

Do you have a similar story? We’re looking for inshore boat owners to tell us exactly what the MCA is asking you to do in order to be certified under the new code. Send examples and images to fishingnews.ed@kelsey.co.uk 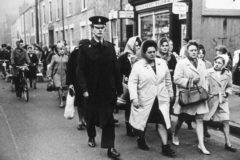 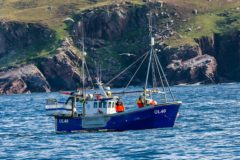 IFCAs: Managing the way ahead