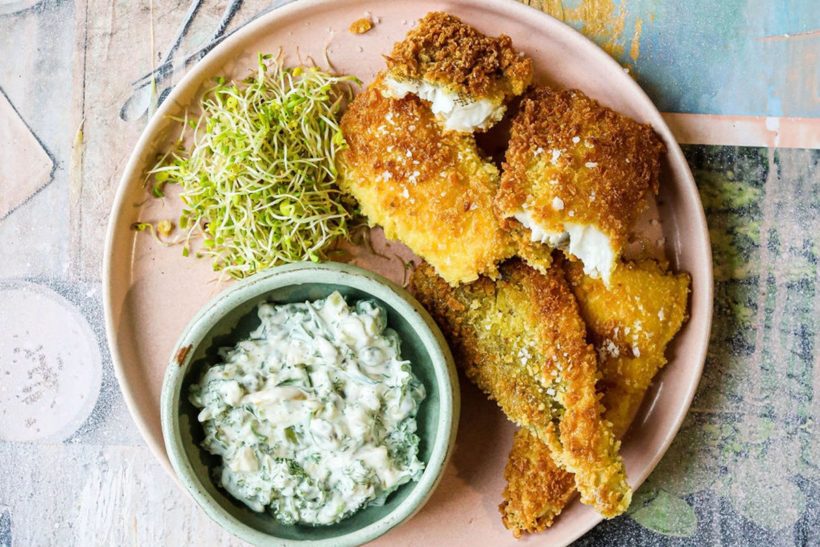 With the launch of a third call for applications, Fishing News is taking a closer look at some of the projects already supported by the UK Seafood Innovation Fund (SIF). This week’s featured project is a study exploring ways of rebranding two Cornish species for the UK market…

Can we interest you in megrim and spuds? Or would you prefer ‘Cornish sole with triple-roasted new potatoes’ It is said that we eat with our eyes, but it is also true that we eat with our ears. Is it possible to shift the way people feel about a food, simply by using its local name? One recent UK SIF-funded scoping study explored just this – is the popularity of certain seafood influenced by what we call it?

Behind the project was a unique consortium of key players at various levels in the Cornish seafood supply chain: the Cornish Fish Producers’ Organisation (CFPO), Seafood Cornwall (the marketing arm of the CFPO), Ocean Fish (a fishing and processing business) and well-known Cornish chef and author James Strawbridge.

This collaborative team set out to explore the feasibility of increased domestic consumption of two of the UK’s underappreciated species. The study looked at all aspects of research – from environmental studies to catch data, and analysis of conversations to recipe trends.

The two species in question were megrim sole and spider crab, known in Kernow as Cornish sole and Cornish king crab. Both species are seasonally abundant, and whilst they are delicious – indeed, fishermen have described megrim as ‘the flat version of seabass’ and spider crab as ‘more delicious than lobster’ – the domestic market for both species was almost non-existent.

“Prices fluctuate and can be extremely low, and as much as 95% of Cornish sole is currently exported to Europe,” said Paul Trebilcock, who was CEO of the CFPO at the time. “Increased demand here would allow fishermen to secure a better price for their catch and avoid exporting – a win-win for British fishermen in the wake of Brexit.”

The project was not just about creating a new domestic market for these two delicious species. It also aimed to make local seafood more accessible to consumers across the UK.

Whilst the ‘ready meal’ options for protein sources such as chicken and many other meats are well established, equivalent pre- prepared-style dishes incorporating fish are much less common. Last year, Seafood Cornwall launched #FishToYourDoor, a match-making service connecting Cornish fish merchants to would-be buyers across the nation.

Thousands of people signed up to the service, keen to buy local, seasonal and sustainably caught British fish, but also to purchase fish and shellfish that came filleted and ready to eat. Key insights from this campaign fueled further ideas for innovative ways to increase domestic consumption of UK-caught seafood and broaden consumer palates.

“The success of #FishToYourDoor throughout 2020 proved that there is a nationwide demand for convenient and fresh seafood. Now it’s about harnessing this appetite with underutilised species,” added Paul Trebilcock.

And so, on hand to harness the nation’s appetite was Cornish chef and author James Strawbridge, who worked with the Seafood Cornwall team to whip up well-loved dishes such as tagliatelle, curries, fishcakes, sandwiches and even sausage (ahem, Cornish sole) rolls! All these dishes reimagined either megrim sole or spider crab in otherwise familiar meals, helping to demystify these underloved species.

This renaming element was certainly the hook for the press and public, with articles in the Guardian, the Times, the BBC, The Week, the Daily Mail and i news mentioning the name change in their headlines. Delicious magazine also printed a bespoke piece exploring the backdrop of the whole project, and BBC Radio 4’s Farming Today programme broadcast an interview with Paul Trebilcock.

Six months on, and the project is still being talked about. An October episode of Countryfile saw a visit to Newlyn’s fishing port where local fisherman Tom McClure discussed the rebrand of megrim, with Joe Crowley posing the question: “Could a rebrand revive our appetite for underused British fish species?” to a national audience.

The study found that there is an opportunity for increased consumption of megrim sole here in the UK, perhaps in the form of a ‘pan-ready’ product available in supermarkets. But before this can happen, there is more to be done in shifting consumer habits and preferences towards seafood outside of ‘the big five’ (prawns salmon, cod, haddock and tuna).

For now, both megrim sole and spider crab are available to purchase from suppliers across the whole nation, with many suppliers in the South West adopting the local names of Cornish sole and Cornish king crab.

To try them for yourself, click here to be matched with a Cornish supplier.

The third UK Seafood Innovation Fund (SIF) call is open for feasibility studies (maximum five months, £50,000 funding). SIF is administered by the Centre for Environment, Fisheries and Aquaculture Science (CEFAS) on behalf of the Department for Environment, Food and Rural Affairs (DEFRA).

Organisations of any size or type can apply. Collaborative partnerships are encouraged, and project teams should include all relevant expertise to deliver a successful project outcome. Stakeholders set to benefit from the proposed solution should be included in the wider team, whether these are retailers, regulatory bodies, or those working directly in the seafood industries.

Feasibility studies with a successful outcome will have the opportunity to compete for an extended research and development phase to fully develop their idea.

So if you have an innovative idea that has the potential to deliver something that has never been done before and solve some of the biggest challenges to the sector, here’s how to apply:

Please note: the deadline for submission of an Expression of Interest to obtain feedback has now passed, but this does not affect your eligibility to apply. 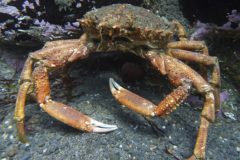 New round of funding available for seafood industry innovators 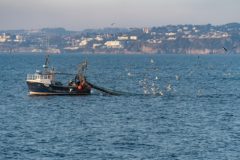