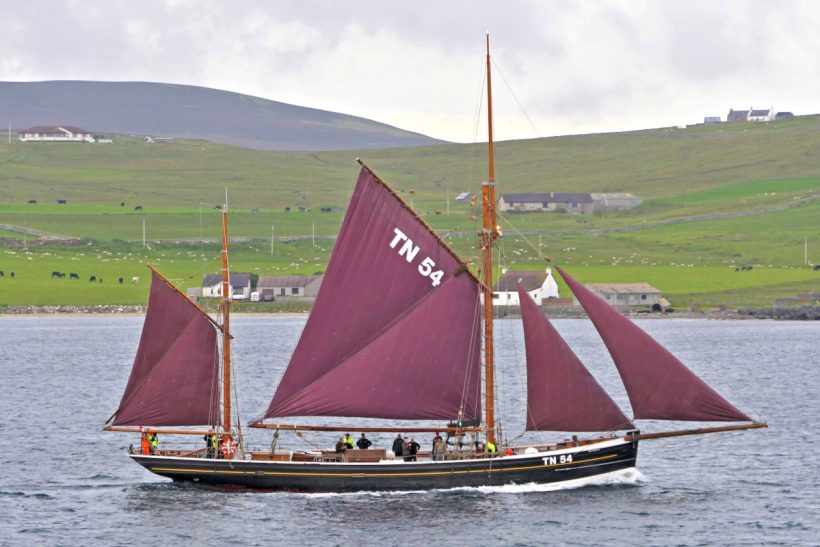 A flotilla of seven historic Faroese fishing boats that put in to Lerwick last month, as part of a trip commemorating 100 years of the Faroese flag, have since returned home to the Faroe Islands, reports David Linkie.

Two of the visiting boats, Johanna TG 326 and Westward Ho TN 54, are ships known in Shetland as ‘smacks’ – which were imported from the UK from the late 1870s until the 1930s. There were over 130 smacks active in their heyday in the Faroe Islands, but today only these two survive.

Westward Ho was built at Grimsby in 1884 and was sold to the Faroe Islands 11 years later. During the Second World War, when fishing in Faroese and Icelandic waters, Westward Ho regularly brought fish to Scotland.

Westward Ho remained active in fishing until being forced to stop by major engine problems in 1964, when the historic vessel was purchased by the private foundation Sluppin with the intention of preserving at least one of the vessels credited with developing the Faroese fishing industry.

The vessel was extensively refurbished by Buchan Hall & Mitchell at Fraserburgh in the 1990s.

When the Faroese vessels were in Lerwick, John Goodlad presented each vessel with a signed copy of his book The Cod Hunters, a large part of which deals with the activities of Shetland smacks fishing around the Faroe Islands (Fishing News, 4 July).

John Goodlad will sail to Faroe next month onboard Shetland’s own historic sailing vessel, Swan, to tell the story of Shetland’s cod hunters and the impact they had on Faroe many years ago. 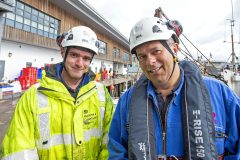 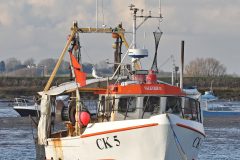 Valkyrie II and the single-ended spoils of war