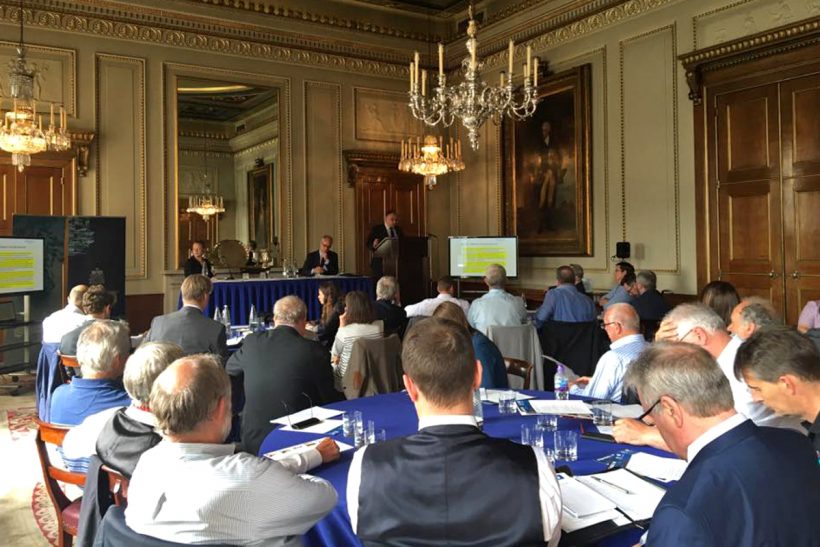 A decade to be fully free of CFP

Specialists who have studied the legal implications for the UK fishing industry of Brexit and leaving the CFP believe the transition period will last for much longer than the initial 21-month period, reports Tim Oliver

They warn that unpicking our ties to the CFP and establishing a new regime for the UK as an independent coastal regime could take 10 years or more.

The views were expressed at a recent seminar on Fishing in Transition, organised by the Blue Marine Foundation and held at Fishmongers’ Hall in London.

Professor Richard Barnes from the University of Hull said he originally thought the process would take about five to 10 years ‘at the very least’. But he told the seminar: “The more I hear and the more I listen to the debates, the more inclined I am to say this is going to carry on for a lot longer. This is something of a Pandora’s Box.

“What I’ve discovered as I’ve researched these issues is the more I learn, the more I realise I don’t know, and the more there are these specific and contingent agreements and practices which are becoming very difficult to unpick, and I think this unpicking will take a considerable period of time.”

Professor Barnes, who is an internationally recognised expert in international law and law of the sea, said the draft withdrawal agreement made it clear that EU law will apply ‘pretty much in its entirety’ during the transition period.

Also expressing the view that Brexit will be a long-term issue for the fishing industry was Andrew Oliver, a lawyer with Hull-based marine lawyers Andrew Jackson – although he said that his comments were his personal views.

He told the seminar, which was attended by a number of UK fishermen and industry representatives, that there will be ‘no short-term fixes’ for the industry and that there had to be realism about what was involved.

“I have been to some meetings where the industry was hijacked by some of the politicians and political parties,” he said.

“Fishermen wanted to hear the message they were touting, and there have been unrealistic expectations given to the industry. The industry has been sold down the river and led down the river.”

He noted that the Repeal Bill will allow time for the UK government to replace EU with domestic law, and allow it to keep the parts it wants, such as the discards ban.

But he was concerned that the officials drafting the new laws have no experience of drafting laws outside of an EU context. “I estimate it could take us 20 years to unpick all the EU legislation – not just fisheries legislation, but all legislation that affects us,” he said.

He had been told that ‘by the time you get out of bed to having your breakfast, you have been subject to 900 EU regulations’ affecting matters such as your bed and bedding, toothpaste, milk and much more, all of which will have to be unpicked.

He anticipated that the UK will temporarily keep much of the CFP legislation, and said it was not yet known how the transition period and the Repeal Bill would work side by side.

“Some of the Repeal Bill will have to be put on hold or won’t come into play until we’re out of transition, and the great question is, when will the transition end, and will we then go into an implementation period?” he said.

“So fishermen will be complying with EU regulations for at least two years, and probably for a lengthy period thereafter, as the UK gets its act together and puts in place fisheries legislation.

“The bottom line is that there is going to be uncertainty over the interpretation of the law for some period.”

Charles Grant of the European Centre for European Reform (ECER) said trade deals with the EU take at least five years to agree – and one with the UK would be particularly difficult.

A framework Brexit agreement could be sketched out by the autumn, but the details would take years to agree. It was ‘ridiculous’ for politicians to say there would be a new trade agreement by the end of the 21-month transition period.

Speakers also believed that the UK industry will be tied to relative stability allocation shares for a considerable time, and that it will be difficult to break away from the quota system. They also stressed the need for a post-Brexit UK quota allocation system, the difficulties of moving away from current arrangements, and the problems of allocating quotas between the devolved administrations.

Professor Barnes said relative stability is ‘a fundamental keystone’ of the CFP. The EU is ‘rooted in its relative stability principles’ because it provides stable and predictable catches, and it will remain as part of the transition arrangements. 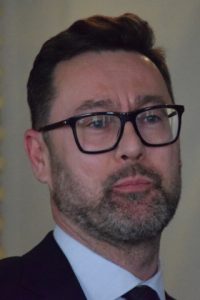 He said the UK needs to develop quota allocation principles before the negotiations with the EU start. While the EU will want to maintain relative stability, the indications are that the UK is moving towards allocation on the basis of ‘zonal attachment’ – ie allocating stocks to countries based on the extent to which they live in a country’s waters.

He appreciated that some fishermen favour a days-at-sea system to replace quotas, but thought this unlikely for the major commercial species because most states favour TACs, and days at sea are inconsistent with that. Evidence also indicated that effort control is not effective. Also, to change the allocation basis would create conflict and legal actions and there would be no winners.

Zonal attachment assumes rights based on simple geographical criteria, but it depends strongly on scientific data on the location of stocks. It has other complications, such as stocks predating on each other, migration across national boundaries, different grounds for nursery and mature stocks, and changes in stocks’ distribution, and will need detailed discussion.

All allocation criteria also need to take into account issues such as historic rights and fisheries-dependent communities.

One of the biggest challenges was the lack of a unified position among the four different UK administrations, and the devil would be in the detail.

Andrew Oliver said there were practical issues surrounding the devolved administrations and they would not get any easier after Brexit.

“Brexit has unleashed a number of devolution issues, and I think devolution is going to be one of the biggest issues. Many of the difficulties the UK will face will be internal rather than external,” he told the seminar.

Andrew Oliver said that some in the industry believed Brexit would provide an opportunity to get rid of flag ships from the UK register and repatriate their quotas. He thought it was unlikely this would happen, but anticipated a toughening of the economic link requirements on flag ships. He said people believed that Brexit would mean the UK would be able to return to the 1988 Merchant Shipping Act, which sought to remove flag ships. This failed after the UK government lost the Factortame legal challenge brought by Anglo-Spanish flag ship operators.

A more recent High Court case, in which UKAFPO challenged DEFRA’s right to top-slice quotas and redistribute them, established that quota is a property right in terms of the European Convention on Human Rights (ECHR) and could not be removed without compensation.

Andrew Oliver said that the ECHR was nothing to do with the EU. It was stand-alone legislation that the UK will still be subject to, regardless of Brexit.

He told the seminar: “I cannot see a situation where the UK government will somehow want to take away rights from flag ship owners, because they will have to pay compensation. It wouldn’t be politically acceptable to pay Dutch and Spanish owners to buy back British quota.

“Brexit won’t be the end of flag ships, but I do think we will see a toughening up of economic link requirements that are currently in place.

“Also I don’t think you will see a move from quota to effort control because of the same problems.”

Main Image: Delegates at the Fishing in Transition seminar, held at Fishmongers’ Hall in London, heard that Brexit will be a long process. 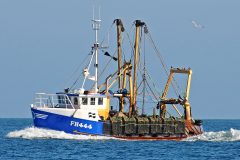