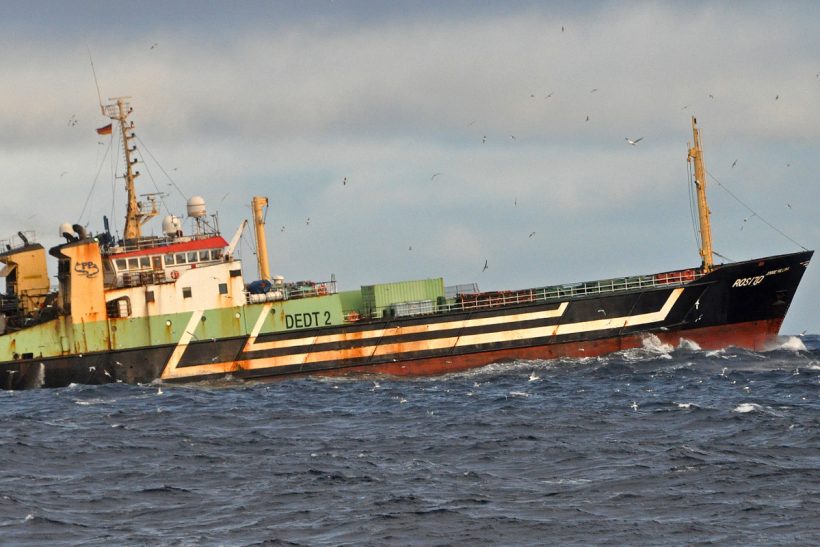 The New Under Ten Fishermen’s Association (NUTFA) is writing urgently to the UK government to highlight inshore fishermen’s anger over the impact of some of the biggest trawlers in the world operating in the confined waters of the English Channel.

NUTFA’s action follows concerns expressed by inshore fishermen along the Channel coast at the impact of these foreign vessels, most notably on bass stocks. 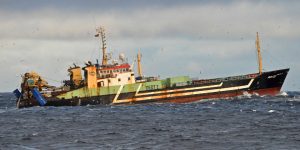 Jerry Percy, speaking on behalf of NUTFA, said: “Although this armada of foreign-owned supertrawlers – some over 400ft – is legally permitted to fish in the area for pelagic species such as horse mackerel, it beggars belief that they are not catching bass when they are fishing exactly the same areas where many small bass boats made a living, before being banned by the MMO.”

He pointed out that the UK pelagic fleet was previously banned from fishing for bass in the South West Approaches because of a by-catch of dolphins, and that the south coast small boat fleet was banned from drift-netting for bass in exactly the same areas that these boats are fishing, in order to let bass stocks recover.

“If these supertrawlers are scooping up big quantities of bass on a regular basis, then what is the point of our sacrifices?” he asked.

“If the UK and EU administrations are serious about protecting bass and other species, then we need to know the level of bass catches and discards from the enormous nets being used in the narrow confines of the English Channel.”

An angry south coast inshore fisherman said: “It’s a bloody travesty. When I am allowed to fish for bass, I’m restricted to a small amount of by-catch, only from my fixed nets. I’m not allowed to use drift nets, and the trawlers here are restricted to a 1% by-catch, up to a maximum of 100kg a month.

“If these vessels are limited to 1%, it would still be more than everything we are allowed to catch, based on the tonnage they land. We have the MMO breathing down our necks in case we’ve stashed a bass, and all the while these boats are left to fish in the same areas as we fish, and with apparently no one asking questions about their impact.”

Another local fisherman said: “I counted seven of these monsters out there today – the biggest one is 458ft long and the smallest 322ft. You can’t tell me, with the size of the nets they are pulling, that they’re not catching other stuff. If the past is anything to go by, there will be plenty more of them out there shortly.”

Chris Williams of the New Economics Foundation, who is also an appointee to the Sussex IFCA committee, said: “Clearly, in this instance, the MMO could allay any fears by publishing a list of the inspections of these factory trawlers, including the dates, areas fished, and any findings of concern. It would be unjustifiable if there haven’t been inspections of vessels with such immense catching capacity.

“With regards to bass, I struggle to imagine how these vessels, fishing for bass’ natural prey, and in areas where bass are found at this time of year, are not catching – and discarding – immense quantities of bass.

“The MMO could usefully provide information to prove – or not – that these are ‘clean’ fisheries that are following the rules. Failing that, under a Freedom of Information request, these findings should certainly be made public. By-catches of marine mammals and other species also need to be better understood, in order to eliminate them from fisheries in the Channel, so clear evidence in this case would really help, and it’s the job of fisheries managers to check.”

NUTFA said that in writing to the government, NUTFA is reflecting the concerns of these and other under-10m operators, who deserve to know the number of at-sea and landings checks made on these vessels, and the level of by-catches and discards of bass, cetaceans and other species. They want to know, in the event that these vessels are having an impact on stocks that they are so heavily restricted in pursuing, what the authorities are going to do about it.

Jerry Percy said, “Compare the fishing power of these vessels, which use immense nets, with the gear our inshore guys are allowed to use, and then contrast the wide-ranging regulations and restrictions enthusiastically enforced by a range of agencies on our guys, with the seemingly low level of inspections on these mega boats.

“When you look at these stark contrasts, we are entitled to ask questions and get answers in terms of the management, regulation, monitoring, balance and genuine commitment to sustainability for bass and other species, in light of the catching power of these boats.

“It might also be asked: just how do you go about checking for catches of bass in the fishroom of a factory trawler, or discards, when so much fish is caught every haul?”

The MMO said pelagic trawlers must discard any bass caught while fishing for other species.

An MMO spokesperson said: “We are aware of fishing activity from mainly Dutch-registered pelagic trawlers targeting herring and mackerel in the Channel.

“Under EU regulations, bass cannot be landed as by-catch when caught by pelagic nets. Any bass discarded must also be recorded.”

Replying to NUTFA’s call for details of inspections carried out on these vessels, the spokesperson said, “We have received a request for this, and will respond accordingly.”

Vessels fishing at time of writing 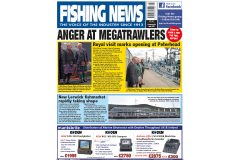