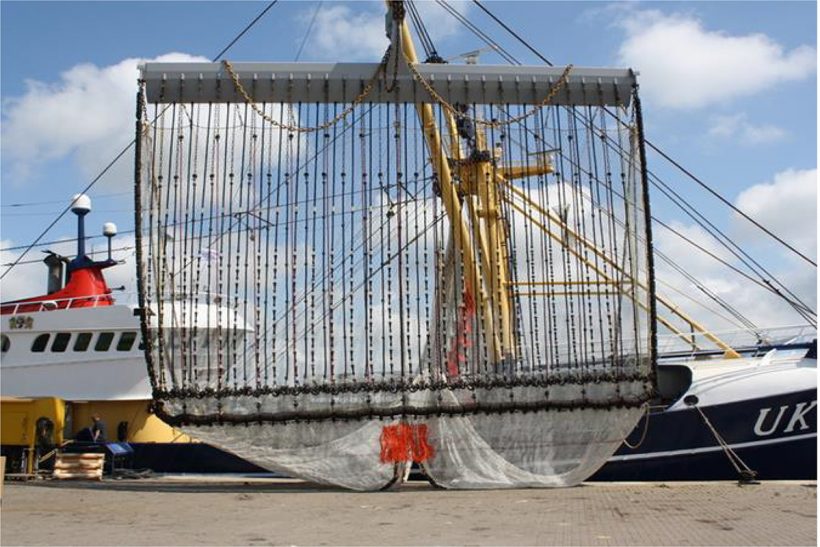 A major battle is underway in the EU over pulse beam trawling between inshore fishermen and greens who want it banned, and the Dutch beam trawl sector, reports Tim Oliver.

A coalition of EU inshore fishermen’s organisations and green groups has called on the European Commission to re-impose a ban on electric pulse fishing in its new technical measures regulation. But the Dutch pulse beaming interests have hit back at the ban call.

The EU Parliament was due to vote on the new regulation this week (16 January) to decide whether to restore the 1998 ban on electric fishing or to authorise its widespread use throughout Europe.

The anti-pulse beam coalition has written to EU fisheries commissioner Karmenu Vela calling the widespread use of pulse beaming ‘a scandal’. The letter, with 14 signatories including five SE England fishermen’s organisations, quotes documents to show the Commission went against the advice of its own scientific committee that called for more research before pulse beaming was authorised (see full letter on page 8 of Fishing News 18.01.18).

The coalition says electric fishing ‘shames Europe’ and that a decision in December 2006 to lift the ban was ‘arbitrary, harmful and illegitimate’. It said: “The European Commission has a duty to repair the problems it has created.”

It says the Commission has been unduly influenced by the Dutch lobby that supports the method, and that large sums of public money have been used to subsidise what should be an illegal fishing method. The Commission and a Dutch industry spokesman denied the allegations.

The coalition points out that electric fishing is widely recognised as destructive, and has already been banned in most fishing nations throughout the world, including China.

A November 2006 report from the Commission’s Scientific, Technical and Economic Committee for Fisheries (SCETF) warned of ‘a number of issues that need to be resolved before any derogation can be granted’. But just one month later, the December 2006 European Regulation considered that ‘fishing with beam trawl using electrical pulse current should be allowed’.

They said the decision to allow pulse beaming was ‘a political scandal and a direct violation of the Code of Conduct for Commissioners’ and that the Commission ‘needs to act urgently to fix the problems it has thus created’.

Quoting evidence from inshore fishermen on the damage they had observed being caused by pulse trawling, gathered by Low Impact Fishers of Europe (LIFE), the coalition said the vote on 16 January would ‘affect the very survival of many small fishing businesses’. They said that while artisanal gillnetters that generated maximum discards of 6% were penalised, policies favoured pulse trawling that generated 10 times as many discards (50-70%) ‘against all objectives of the CFP’.

The coalition said lifting the ban also had ‘very serious financial implications;, because Dutch owners had claimed ‘millions of euros’ to equip vessels for electric fishing because the method was given the status of ‘experimental’ fishing. They estimate the public subsidies allocated since August 2015 are at ‘least €5.7m’, of which €3.8m are from EU funds (67%).

The coalition also said the Commission has never answered a complaint by Bloom that the Dutch authorities illegally allocated pulse beam licences well over the regulatory threshold.

“Today, the Commission does not have to stand by a past, unacceptable and immoral arbitration. Removing all references to electric fishing in its legislative proposal is the only way to give credibility to European institutions and to implement the objectives of the CFP and the UN Sustainable Development Goals, to which the EU has fully subscribed.”

A Commission spokesperson told Fishing News that the Commission proposal on pulse fishing was based on independent scientific advice, as are all proposals, and was not influenced by lobbying.

He rejected claims that the Commission had gone against scientific advice. The latest scientific advice, both from ICES and STECF, composed by independent experts, dating 2016 and 2012 respectively, have recommended to proceed with removing the limit of vessels that can use pulse fishing.

“Electric pulse stimulation – if properly controlled – may offer a more ecologically benign alternative way of fishing by reducing unwanted by-catch, reducing seabed damage and lowering CO² emissions. The conventional way of fishing by beam trawling has proven to have a negative impact on the ecosystems.”

The spokesperson added that Commissioner Vella would reply directly to the letter addressed to him ‘in due course, as he does with all the correspondence he receives’.

A Ramsgate fisherman who attended a meeting between the NFFO and Dutch pulse beam interests just before Christmas to discuss separation arrangements said he hoped there could be some agreement, but had doubts.

Eddie Temple was one of three Ramsgate skippers at the meeting, and told Fishing News: “Obviously the Bloom campaign is getting them worried, and with the downturn in the small boat fleet’s fishing being well-reported I think they are trying to get some better press.

“In the short term, anything that gets them to leave some of the outer Thames Estuary alone is worth trying for, whether or not you believe all the scare stories. Personally, I know pulse beaming is very effective and all of the Dutch party agreed.” He said the Dutch agreed that:

■ Pulse beaming is 25% more effective than normal beaming
■ They are fishing further west and south in the North Sea
■ They can fish softer ground than conventional beam trawls
■ They can still catch their sole quota with fewer vessels – so basically there is too much effort in too small an area.

“Even if it isn’t as bad as we think for benthic life, these four points explain a lot about the downturn in sole catches over the past three years,” said Eddie Temple, who operates the under-10m Boy Joshua R 480.

“I hope that in the short term something can be stuck to, but we have been there before about four years ago. Since the New Year, three or four pulse vessels have fished west of the Falls, but I believe the finer details are not quite sorted yet.”

*As Fishing News went to press, a voluntary agreement for Dutch pulse beamers to keep away from sensitive areas in SE England was announced. Full details in Fishing News soon…

Pim Visser, executive officer of VisNed, the umbrella organisation of Dutch demersal POs, told Fishing News that those campaigning against pulse beaming were portraying it in the worst possible light.

He said the benefits of electric fishing, such as a 50% reduction in fuel consumption over conventional beaming, and the reduced impact on the seabed, were never mentioned. Allegations of overfishing were also unfounded, as catches were limited by quotas and, in fact, the efficiency of pulse fishing meant smaller areas of the seabed were fished.

But he accepted that inshore fishermen in the UK, France and Belgium were facing problems, and they were trying to find out whether pulse beaming was a factor in the problems and to agree on voluntary separation schemes. A meeting had been held with the NFFO and SE England fishermen on 21 December last year to discuss this (see above).

UK fishermen argue that pulse beaming allows fishing for soles on soft grounds that were not previously fished by beam trawlers. “We agreed that areas that were previously not fished will not be fished from now on by the pulse trawlers,” he said. It was agreed there would be no fishing on the Falls area off the Thames, and similar talks were being held with Lowestoft fishermen to leave some areas unfished.

Pim Visser said the pulse sector wanted research on the effects of the method to continue so that decisions could be made based on science.

VisNed has produced a number of ‘fact sheets’ using a ‘false’ and ‘true’ format to counter the claims made about the damaging effects of pulse beaming and subsidies.

Dismissing the coalition’s claims of a ‘massive’ €5.7m subsidy as ‘nonsense’, VidNed’s fact sheet says that in 2009, in the development phase, only four vessels received help, with €170,000 each to facilitate further development. Each boat’s owners invested €500,000 of their own resources, and the only other subsidies have been for scientific research.

“Apart from this, no national or European public funds have been used to subsidise investment in pulse fishing for the private sector. €3.80m of the Dutch EMFF budget has been committed to two research projects about pulse fisheries.”

Another fact sheet says it is ‘false’ that ‘pulse fishing is hyper-efficient and results in overfishing’ and ‘true’ that ICES 2017 research says stocks are fished sustainably and successfully regulated by quotas. Most stocks, including sole, are exploited at or below MSY.

It says a Bloom claim that ‘industrial electric pulse trawlers plough the seabed’ is ‘false’ and counter-claims: ‘Research shows pulse fishing reduces the trawled area by 20% and reduces penetration of the seabed.’

Pim Visser told Fishing News there are currently 84 Dutch pulse fishing licences and only 75 are active. There are also a few UK and German licences, but only about half are active.

He said there was no proof that pulse beaming is creating large-scale environmental and social damage, and said the coalition’s allegations were not factual and not backed by independent science.

He said fishermen backing Bloom had made ‘a deal with the devil’ because Bloom’s ultimate aim was a ban on all bottom trawling. 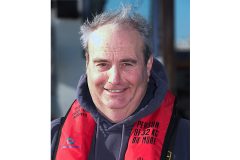 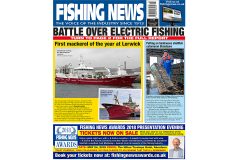