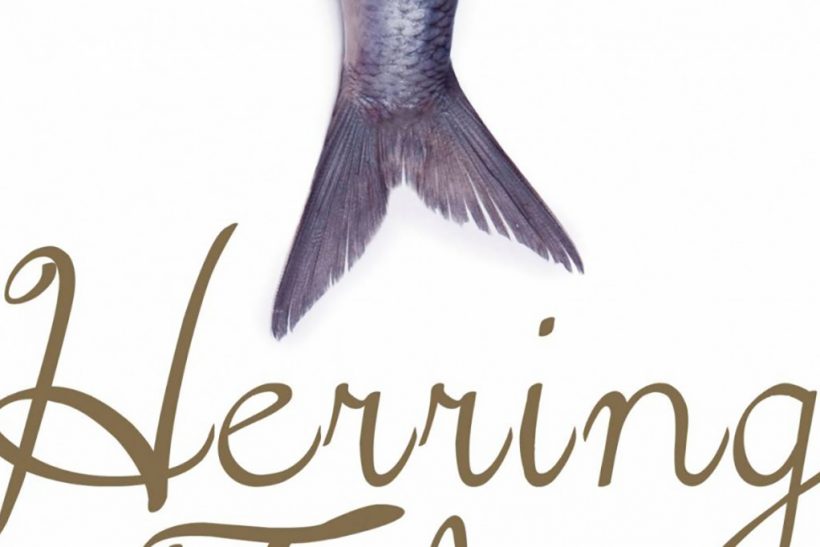 Bloomsbury Natural History presents Herring Tales, blending together politics, science, history, religious and commercial life in a celebration of the humble herring, which has done so much to shape both human taste and history.

Following a journey from the western edge of Norway to the east of England, from Shetland and the Outer Hebrides to the fishing ports of the Baltic coast of Germany and the Netherlands, culminating in a visit to Iceland’s Herring Era Museum, Donald S. Murray has stitched together tales of the fish that was of central importance to the lives of our ancestors, noting how both it – and those involved in their capture – were celebrated in the art, literature, craft, music and folklore of life in northern Europe.

At one time, shoals of herring used to stipple the oceans around much of the world’s coastline; in the years before the First World War, an average of between 2m and 3m barrels a year stood on the harbours of Scotland alone. Like a host of blades and bayonets, flashes of silver, the fish cut through dark waves as if they were a military force that might sometimes be counted in the millions.

The territory in which they operated was huge. They thronged the North Atlantic. Found off the shores of places as far apart as Iceland, the Netherlands, Ireland, the United States and Southern Greenland, they stitched together a patchwork of places that seemed — at first sight — quite different and distinct, giving these localities similarities in their ways of life no matter what kind of landscapes their ports and harbours occupied, whether this was primarily prosperous farmland or the bare, mountainous soil of, say, much of Scotland’s northwest.

These variations applied to the fish they sought too. Rather than being utterly identical, as my forefathers presumed them to be, herring can be divided into different types and races, each with their localities to swim and patrol, each with small variations of shade, size or even in their number of vertebrae. Among the most distinctive is the Baltic herring, a small fish living in the innermost, most hidden parts of the Baltic Sea.

There is a kind called the Blackwater herring, too, found within the Thames estuary, not far from the Westminster politicians whose rules and legislation have had so much effect over the centuries on the fishermen who go out to net and seek that fish. Pearly, iridescent, it is smaller and paler than most fish that bear the name. It still remains the centre of its own distinctive industry, with a small fleet of some half dozen boats setting out to catch it with their nets — a small, faint glimmer of what was found on the edges of this country for much of the previous century. There are also the Down herring and Bank herring, based in the North Sea; Icelandic herring, White Sea and Norwegian winter spawning herring. Each kind is both different from other types of herring and the same. Like the racial characteristics that are found within humanity, they have adapted to the unusual conditions in which they shoal, for all that they share a similar biology.

And then there are the relatives. The family Clupea to which the herring belongs has many cousins throughout the world. They include some freshwater fish, such as the skipjack shad, which apparently leaps out of the water while feeding in places such as the upper Mississippi river near the mouth of the Ohio river. There is the alewife or gaspereau, found again in freshwater in North America, where its slightly rounder shape is said to resemble a stout tavern keeper. Between Japan and Australia, there can be found the wolf herring. As ravenous as its name suggests, it is not really part of the Clupea family. One difference is its ability to bite morsels out of fish swimming nearby.

The book is available from 10 September 2015 from Bloomsbury Publishing. 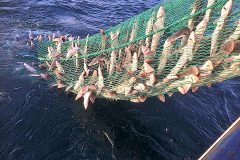 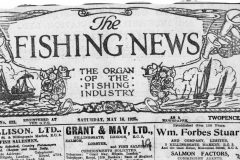 Commercial fishing: looking back to 1925