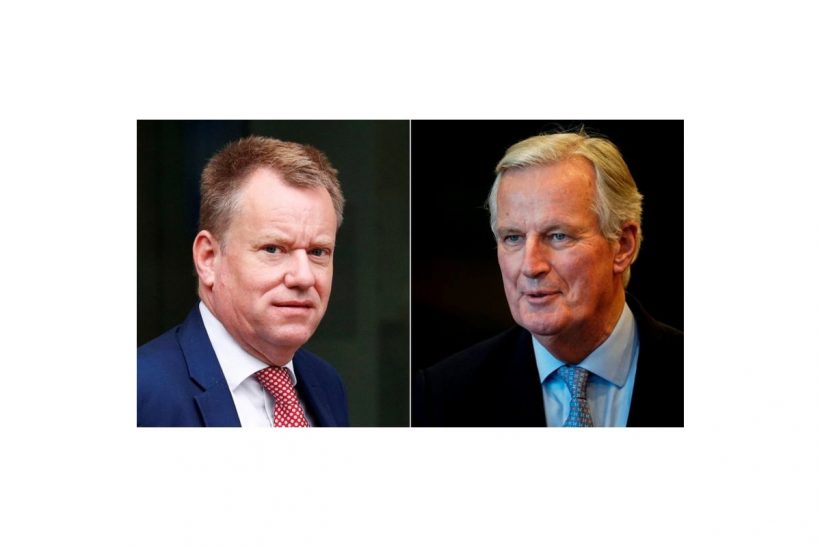 UK and EU polarised on fishing as trade talks start
UK: ‘We’ll walk away if no agreement by June’

The UK government says it will walk away from the Brexit EU trade and fisheries talks if there is not the ‘broad framework’ of an agreement by June that is capable of being finalised by September, reports Tim Oliver.

Announcing the UK’s negotiating position to MPs last Thursday, Michael Gove, the minister in charge of delivering Brexit, told MPs that the UK wanted to strike a ‘comprehensive free trade agreement’ in 10 months.

But if that cannot be agreed, the government’s negotiating document says it will decide whether to switch focus to leaving on WTO terms at the end of December.

Fishing is set to be a major issue in the talks, which started on Monday this week (2 March), with both sides expressing their determination to stick to their polarised positions.

The EU, under great pressure from member states with fishing interests such as France and Ireland, is determined to ‘uphold’ the current access and quota arrangements. It also insists that fishing must be linked to wider trade talks.

The UK is equally determined that fishing and trade talks must be separate issues, and that the UK, as an independent sovereign coastal state, must determine the degree of access foreign vessels will have to UK waters, and how much they can catch.

On fisheries, the EU said: “The mandate outlines that the future partnership should uphold the existing reciprocal access to waters as well as stable quota shares. The agreement on fisheries should be established by 1 July, 2020, to give time for determining fishing opportunities after the end of the transition period.” 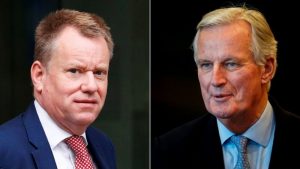 But the UK negotiating document rejects the ‘outdated’ share-out of quotas based on relative stability, and says they must be based on the principle of ‘zonal attachment’, reflecting where fish actually live.

EU vessels fishing in UK waters would be subject to UK licensing and reporting requirements.

Mr Gove told MPs: “As well as concluding a full FTA [free trade agreement], we will require a wholly separate agreement on fisheries. We will take back control of our waters as an independent coastal state, and we will not link access to our waters to access to EU markets. Our fishing waters are our sovereign resource, and we will determine other countries’ access to our resources on our terms.”

He added: “We, as an independent sovereign state, regard control of our own resources as something we cannot barter away. Of course we want to co-operate in the management of stocks with our neighbours, but the approach we take will be similar to that of other sovereign states or regimes such as Norway, Iceland and the Faroes. As an independent coastal state, we will regulate access to our own waters on our terms.”

Mr Gove said that there would be ‘no border down the Irish Sea, and the fishing fleets of Northern Ireland will enjoy all the rights that they deserve, similar – indeed, identical – to those of other fishermen, and fishers, throughout the United Kingdom’.

He said that the government would not accept any alignment with EU laws, as the EU is demanding. “We will not trade away our sovereignty,” he said.

Michel Barnier, the European Commission’s chief negotiator, said: “We are determined to reach a deal that protects EU interests. We will work hand in hand with the European parliament and all member states, and will continue to be fully transparent throughout this process.”

But he said that the bloc would not agree a deal ‘at any price’.

He warned that there would be ‘complex, demanding negotiations’ over the short transition period, which ends on 31 December. “A short time, as chosen by the British government, not by us,” he said.

“In a very brief period, you can’t do everything. We will do as much as we can under pressure of time.”

French Europe minister Amélie de Montchalin signalled that fishing would be a flashpoint over the coming months.

“The fishermen have the right to be protected. They know very well that if we sign a bad deal, they will lose enormously,” she told TV station France 2.

In a speech in London in February, Boris Johnson announced that, once free of the CFP, “British fishing grounds are first and foremost for British boats.”

Summary of EU and UK positions

Commenting on the EU’s position, the NFFO said that any expectation that the UK would have to shadow ‘every future requirement of the CFP’ would be to deny the UK sovereignty over the management of the fisheries in its waters. “The UK could not possibly accept such a provision in any circumstances.”

On the EU’s call for sustainable fishing and conservation, it said that the objectives of the new fisheries bill include achieving MSY and minimising discards.

On quota shares, the federation said they were ‘inescapably a zero-sum game, as the UK has learnt to its cost over 40 years’. “Rebalancing those shares to reflect the resources located in UK waters can be expected to have an impact for EU fleets. It is the EU’s responsibility to make provision for adequate mitigation measures.”

It said that conceding to EU demands that the current access and quota shares must be upheld ‘would eviscerate the UK’s legal status as an independent coastal state, and would commit the UK to remaining in an asymmetrical and exploitative relationship with the EU on fisheries’. “The UK could only accept these provisions by breaking the promises that have been made repeatedly by the prime minister and Cabinet-level ministers, and commitments on fishing made during the EU referendum. It would amount to a betrayal on a scale equivalent to the UK’s sell-out on fishing in 1973.”

Referring to the EU’s demand that a free trade deal would depend on UK concessions on fishing rights, the NFFO said there is ‘no international precedent for including free access to exploit another country’s natural resources as part of a trade deal’. “A trade deal is important for both the UK and the EU. Some EU member states will be extremely vulnerable if the UK is forced to trade on WTO terms.”

The federation concluded that it is unlikely there will be agreement before July, so the UK will enter the autumn negotiations with other coastal states, including the EU, for a fisheries agreement for 2021 as an independent party. This annual agreement would, as usual, cover setting TACs, access arrangements, quota shares and quota exchanges. 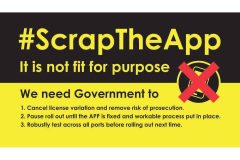 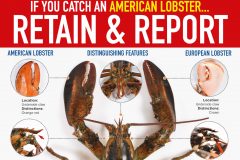