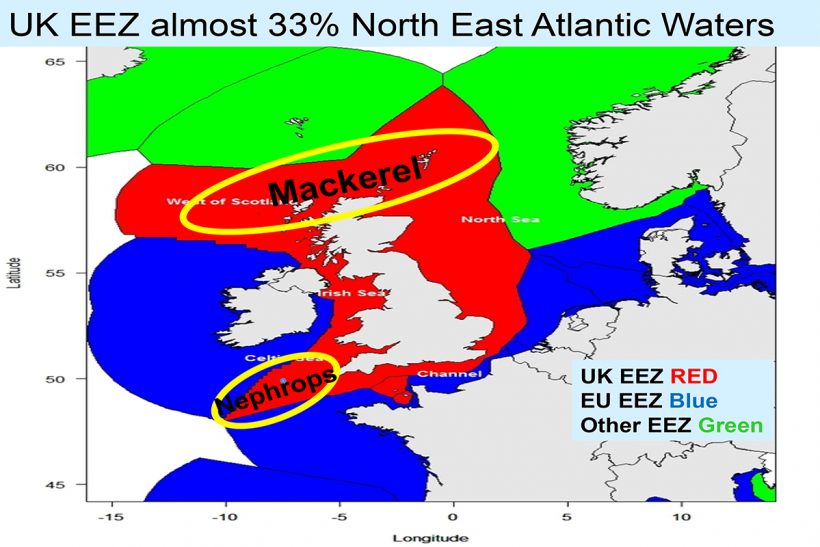 An Irish fishermen’s leader is warning that UK gains after Brexit will be at the expense of the Irish industry unless urgent action is taken.

He also stresses it is ‘crucially important’ that Ireland’s £1billion fishing industry must be made a top priority for the Irish government as Ireland faces ‘the enormity of Brexit, and the withdrawal of its nearest neighbour from the common market’.

“The Irish and British fishing industries occupy a unique space. They are entwined like no other sector, in sharing a limited resource as well as grounds and markets. The level of uncertainty and the scale of the challenge facing Irish fishermen are causing the industry major concern.”

He said the fleet in Killybegs and the wider Irish industry faced ‘devastating consequences’ if the Irish government fails to make fisheries a top priority in Brexit negotiations. The KFO chief said the Irish seafood industry sustains 11,000 jobs in coastal areas and is worth just over €1billion. 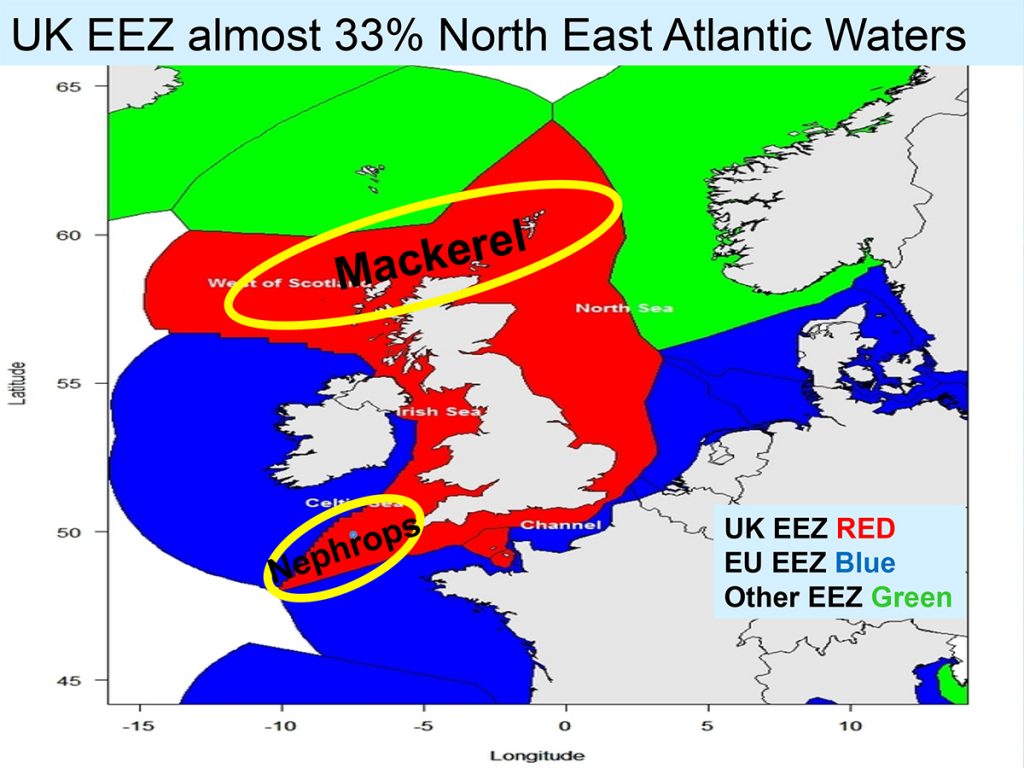 Map outlining key fishing grounds, of which almost 33% lie within the UK EEZ.

Noting that UK fisheries minister George Eustice has stated publicly that ‘British fishermen will catch hundreds of thousands of tonnes more fish after Brexit’, he said: “With Ireland sharing 47 out of its 50 TAC and quota stocks with Britain, it stands to reason that Ireland will suffer disproportionately if negotiations on fisheries are separated from trade negotiations.”

Seán O’Donoghue said that the UK election called for 8 June had placed further obstacles and challenges in the way of immediate negotiations around the form Brexit will take.

He said: “Before Theresa May’s government was dissolved it was advocating calls to ‘repair what went wrong in 1973’, which means Britain will be fighting for higher quotas and endeavouring to take the metaphorical fish off our plate.

“We believe there is no justification whatsoever for any such move, and would implore the Irish government not to allow fisheries to become a bargaining chip in the high-level negotiations to follow.”

He also highlighted the value of Irish seafood exports to Britain, which in 2015 alone were worth €71m. “While our counterparts in Europe are understandably concerned about the ramifications of Brexit, our geographical location, existing arrangements and high dependency on Britain mean that we are perilously positioned if our government doesn’t negotiate extremely effectively on our behalf,” he said.

Seán O’Donoghue also pointed out that nine EU countries hit by Brexit – including Ireland – had formed the European Fisheries Alliance (EUFA) coalition and ‘set aside any internal grievances regarding the CFP to present a united front to lobby to protect the industry’ (Fishing News, 6 April, ‘EU gangs up to hit UK fisheries Brexit’). The EUFA accounts for approximately 18,000 fishermen with an annual turnover of €20.7 billion.

He said: “The EUFA has written to all EU heads of government, as well as the presidents of the European Council and European Commission, calling for fisheries to be explicitly included in the negotiation mandate to guarantee mutual access to traditional fishing grounds, preservation of the current distribution of TAC and quotas, as well as maintaining the existing trading arrangements post Brexit.”

He said the current 1983 CFP agreement on TAC shares and relative stability had been ‘the foundation of European fisheries for over 30 years’. This quota distribution took into account both historical practices and specific local considerations.

“Fisheries-dependent communities were offered preferential treatment for allocation keys; and, in fact, both the UK and Ireland benefited from such a clause, which further demonstrates the complexity of the relationship between Ireland, the UK and Europe in fisheries terms, and the fact that a clean break is neither desirable nor possible,” concluded Seán O’Donoghue. 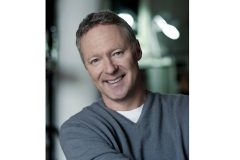 Have you got your ticket to the Fishing News Awards 2017? 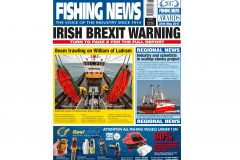