Brexit TCA set to cost industry ‘hundreds of millions’ by 2026

A new detailed cost/benefit analysis of the outcome of Brexit for UK fishermen has found that the industry is on track to lose hundreds of millions of pounds by 2026, unless changes are secured through international fisheries negotiations.

The findings are in a new report, ‘The Brexit Balance Sheet’, commissioned by the NFFO and prepared by Gary Taylor, a former DEFRA fisheries negotiator, using official published data.

The federation commissioned the report after the UK government claimed that the Brexit TCA would incrementally benefit the UK industry to the tune of £148m by 2026, without publishing any official balance sheet to back up its claims.

The report examines in detail the government’s claim of a £148m benefit by 2026. Its key findings are:

The report includes several recommendations to rectify the situation, including encouraging the UK government to publish its own assessment and calling on policy-makers to actively involve the UK fishing industry in future fisheries negotiations.

Commenting on the report, NFFO chief executive Barrie Deas said the federation’s conclusion was that there are ‘very few winners and a great many losers’.

“These figures suggest that the bulk of the UK fishing fleet is on a trajectory to incur losses amounting to £64m or more per year over the timeframe of this analysis, meaning that unless changes are secured through international fisheries negotiations, the industry will have lost in excess of £300m by 2026.

“The best opportunity in a generation to revive the UK’s fishing industry and support our coastal communities has been squandered, and we must act swiftly to learn from these lessons and support the sector in future negotiations.”

Gary Taylor, the report’s author, commented: “The TCA has had an immediate and dramatic impact on the British fishing industry. I hope this report, which is rooted in my own decades of experience in fisheries talks, will shine a light on the current situation and help support the owners and crews of this vital sector in the negotiations that lie ahead.” 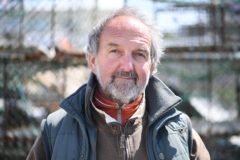 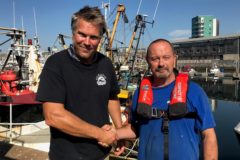