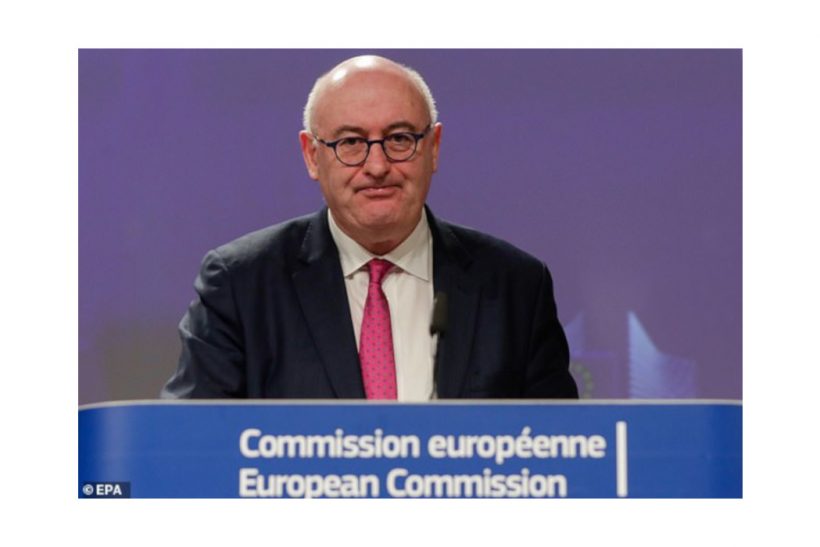 An EU chief suggested last week that the UK will have to allow EU fleets to keep their existing fishing rights in UK waters in return for the EU offering a financial services deal, reports Tim Oliver

Image: EU trade commissioner Phil Hogan has suggested that the UK will have to grant extensive fishing rights for EU fleets in return for access to the EU’s financial markets. (Photo: EPA)

The UK’s financial services sector will lose its automatic right to operate in the EU single market at the end of the transition period in December, and the EU will demand access for its fleets in return for a deal to maintain the City of London’s current financial relations with the EU. Financial services exports to the EU are worth around £26bn a year to the UK economy.

Meanwhile, senior EU figures have warned that the EU will maintain a united front to strongly defend its interests in the Brexit negotiations, and have also warned of the need to avoid confrontations at sea (see below).

Negotiations on the future relationship between the EU and the UK will start soon after the UK officially leaves the EU on 31 January. The target date for completion of the fisheries agreement is 1 July, 2020, to allow it to be used to determine fishing opportunities in 2021 when the transition period ends.

Phil Hogan’s comments on a fisheries and City trade-off came as EU diplomats were presented with the main principles of the free trade agreement on Monday. This includes that negotiations on access to waters and quota shares would be made ‘within the context of the economic partnership’.

While officials and diplomats behind the scenes have suggested that there will be trade-offs between different sectors in the Brexit negotiations, the trade commissioner’s specific linkage of fishing rights to access to EU financial markets for the City is believed to be the first time a senior official has publicly made such a suggestion.

Ursula von der Leyen, the European commission president, said in Luxembourg that the UK would also have to sign up to commitments on state aid and environmental and labour standards to allow tariff-free and quota-free trade.

She said that while Britain is a friend of the EU, it will have to decide ‘how close to, or distant from, the biggest single market in the world they want to be’. Britain’s position on this would determine the progress of the negotiations.

The NFFO said that the two sides will enter the negotiations holding ‘polar opposite positions’ – radical change in the case of the UK versus the status quo for the EU.

It said: “The EU may have the strongest hand of cards to play on trade because of the sheer size of its economy. On fishing, the situation is reversed. EU fleets fish around six times as much in UK waters as UK vessels fish in EU waters.” It added: “The scene is set for a dramatic trial of strength.”

Commenting on the forthcoming negotiations, Sarah Barnard, a professor of EU law at Trinity College, Cambridge, said that the UK would be unlikely to make any concessions until ‘the very last minute’. She said: “I think it would be crazy for the UK to make the concessions now because that would create time for a protest. It may be that concessions are made at the very last moment.” 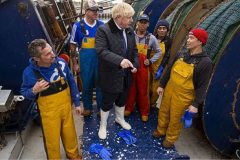