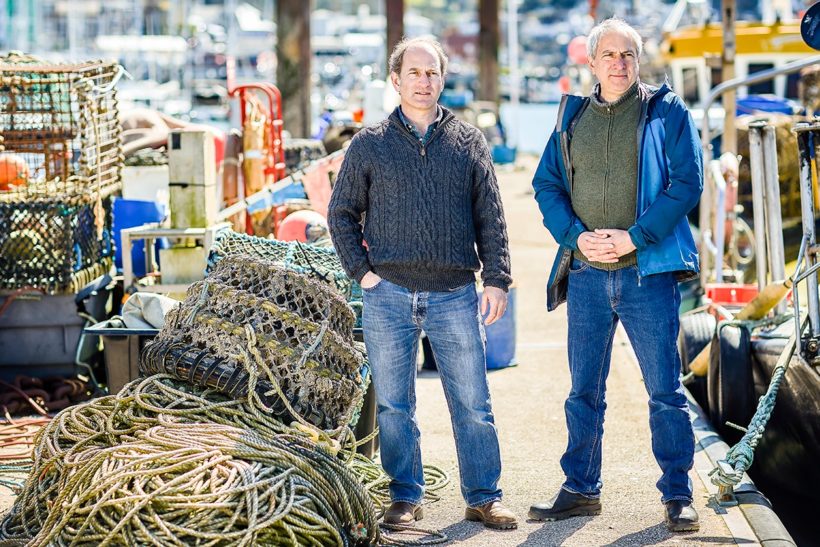 The European Patent Office (EPO) has announced that British brothers Ben and Pete Kibel have been nominated as finalists in the SME (small and medium-sized enterprise) category of the European Inventor Award 2021 for their invention of a simple, low-cost device that prevents the accidental deaths of seabirds during longline fishing.

An estimated 300,000 seabirds die annually as marine fishing bycatch. To mitigate the problem and make commercial fishing more targeted and sustainable, engineer Ben and fisheries biologist Pete have developed the Hookpod, a small, reusable device that encapsulates baited hooks until they sink to a depth inaccessible to seabirds. The brothers have established three SMEs to market this device and their other inventions to reduce bycatch in global fisheries.

“The Kibel brothers have combined ingenuity with their commitment to the environment to develop a solution that protects vulnerable marine life,” said EPO president António Campinos. “As SME founders they also set an example to new businesses – their patent strategy has enabled them to protect their intellectual property, scale up production and develop new products.”

Other than those targeted, large numbers of marine animals are reportedly hooked and killed by longline fishing each year. The brothers focused on using Ben’s engineering expertise to develop a simple but effective mechanical fix for this.

“It would have been easy to develop a sophisticated electronic depth-related system, but that would never have been operationally viable,” Pete explained. “The design challenge we faced was in making something that is bulletproof in harsh environments and can be mass-produced for just a few dollars.”

The Hookpod is a clear, polycarbonate capsule that is clipped over the points and barbs of longline hooks. On the surface, this prevents scavenging seabirds from getting caught on the hooks by physically blocking access to them. The core of the device is a pressure-operated mechanism that consists of a watertight tube containing a piston and a small quantity of trapped air.

Once the encapsulated hook sinks to 20m below the surface – out of range for most seabirds – the force generated by the water pressure on the end of the piston becomes greater than the force acting in the opposite direction, driving the piston inwards as a result. The piston continues to move until it releases a latch, which opens the device and releases the baited hook. When fishing has been completed, fishermen can simply clip the Hookpod shut for subsequent use.

The brothers were granted a European patent for the Hookpod in 2016, which was important in attracting the investment needed to launch and market it. “A patent provides security so that if a funder backs it, they have a time window in which the product can be sold, and they can recover their investment,” Ben said.

Also, say the brothers, the device’s relative simplicity means their patent is essential to prevent others from copying it. Without patent protection, poor-quality imitations could damage their invention’s reputation among longline fishing operators.

Research published in 2017 compiling the results of 18 sea trials found that one seabird death occurred per 25,000 hooks using a Hookpod, compared with one per 1,250 hooks without the device – a 95% reduction. No difference was found in target catch rates. If all longline fishing operations globally used the devices, and deaths occurred at the same rate as during those trials, the lives of some 285,000 seabirds could be saved annually.

The winners of the 2021 edition of the EPO’s annual innovation prize will be announced at a virtual ceremony starting at 7pm CEST on 17 June.

For more news on the UK and Irish fishing industry, subscribe to Fishing News here. 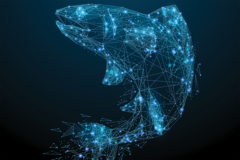 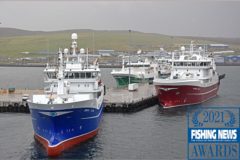 Have you voted in the Fishing News Awards 2021?