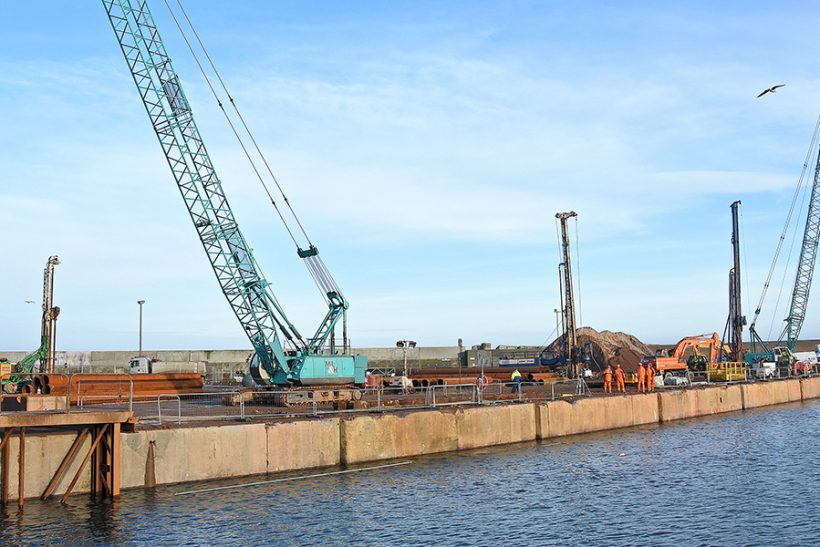 Building for the future at Peterhead

Above: Work in progress on the quay area on which Peterhead’s new 9,000-box fishmarket will be built during 2017.

The blue-chip project, which includes a new dedicated whitefish landing hub and extensive deepening of the North Harbour, scheduled for completion in the spring of 2018, will bring major long-term benefits to Peterhead, including maximum levels of service facilities and catch quality. 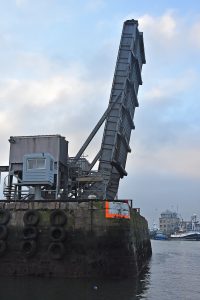 Peterhead’s landmark Queenie Brig was lifted out last week after more than 60 years of service.

By increasing market capacity by 50% and doubling the depth of water currently available in the North Harbour, the flagship development has been designed to fully address the dual need for fishing vessel deep-water berthing in the extensive North Harbour and a larger whitefish market to accommodate same-day sales.

In order to allow the inner harbour floors to be dredged from -3.2m to -6.5m chart datum (CD), the existing quay walls within the harbour are now being strengthened using an innovative ‘RD Piling’ solution developed in Scandinavia.

This system has been tailored to suit the specific requirements at Peterhead as a result of close collaboration between McLaughlin & Harvey and PPA’s designer, RPS Consulting Engineers. 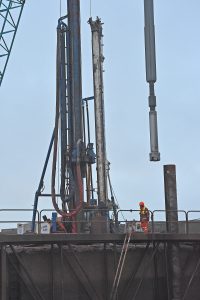 Preparing to lower the drill head into the next pile.

When the circular pile is placed in position, a long drill bit is lowered down the interior. When the drill head clears the bottom rim of the pile, cutting teeth spring out as a hole is bored 4m down into underlying rock, at the same time as the pile is lowered into the resulting whole. On reaching the desired depth, reversing the drill rotation results in the protruding side cutters being withdrawn, enabling the drill head to be pulled out and immediately lowered into the next pile.

The efficiency of this system is highlighted by the fact that already 170 of some 1000 circular steel reinforcing piles (16.5m long x 700mm diameter) are already in position along the front of the quay on which the new fishmarket complex will be built. When in position, the reinforcing piles will be faced along their entire length above low tide level with a continuous concrete capping.

At the same time as piling, locally-sourced stone is being tipping into the harbour along the front of the old Greenhill fishmarket. This will enable trucks to collect all of the material dredged from the inner harbours during deepening works to be used to create a 25,000m² reclamation area for future development by PPA.

In addition to doubling the depth of water – CD in the North Harbour, access to it will also be increased from 10m to 25m, by removing Peterhead’s landmark Queenie Brig, together with the knuckle pier which previously formed the Canal Junction leading into the inner harbour. The iconic rolling lift bridge was opened in 1953 to replace a cast iron swing bridge that had served for nearly 100 years. 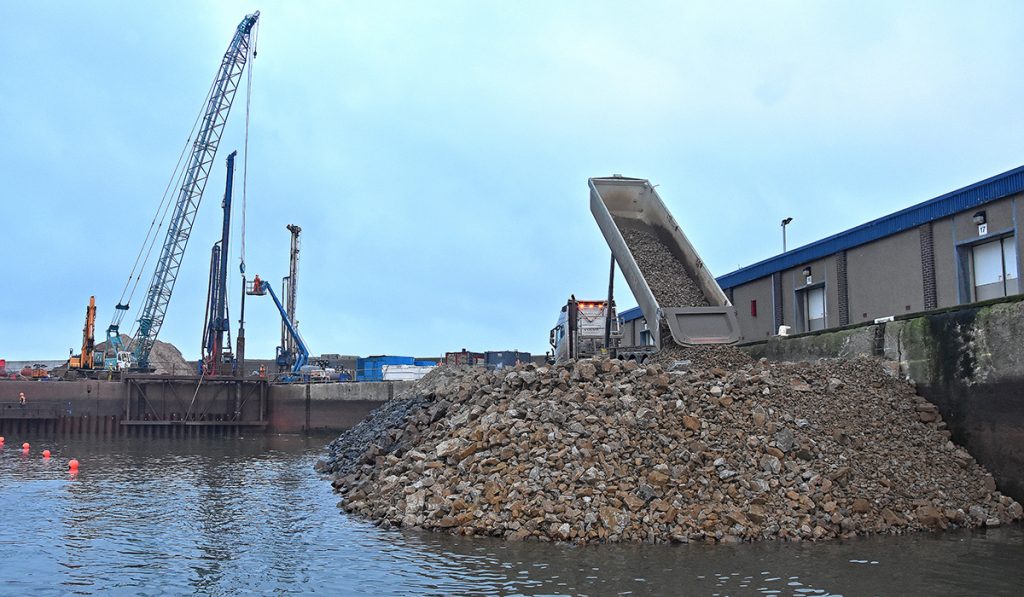 Tipping another load of stone… 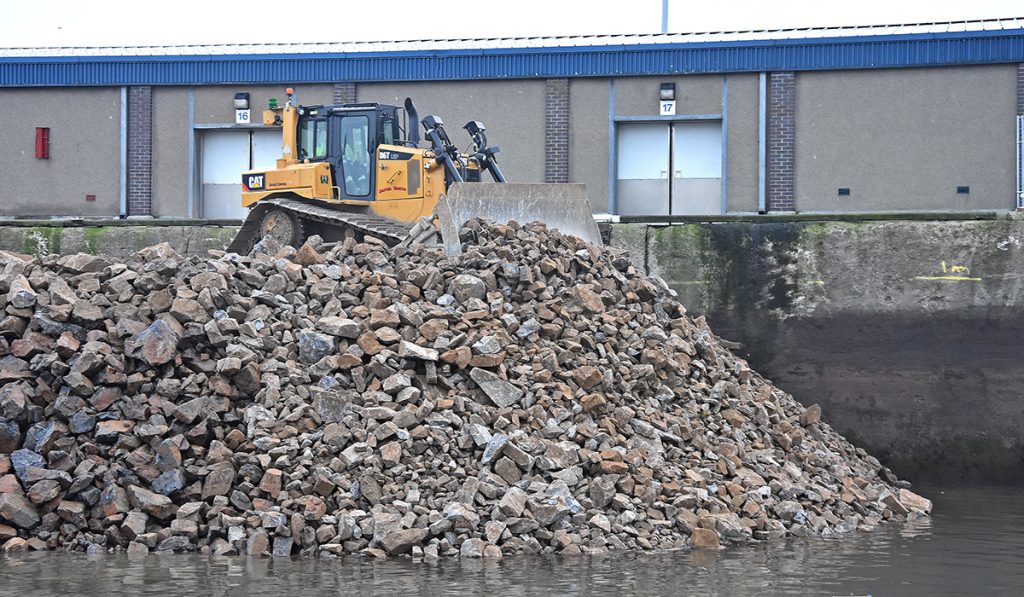 … before a bulldozer works to form a ramp along the front of the former Greenhill market, from which dredged material will be used by PPA for land reclamation. 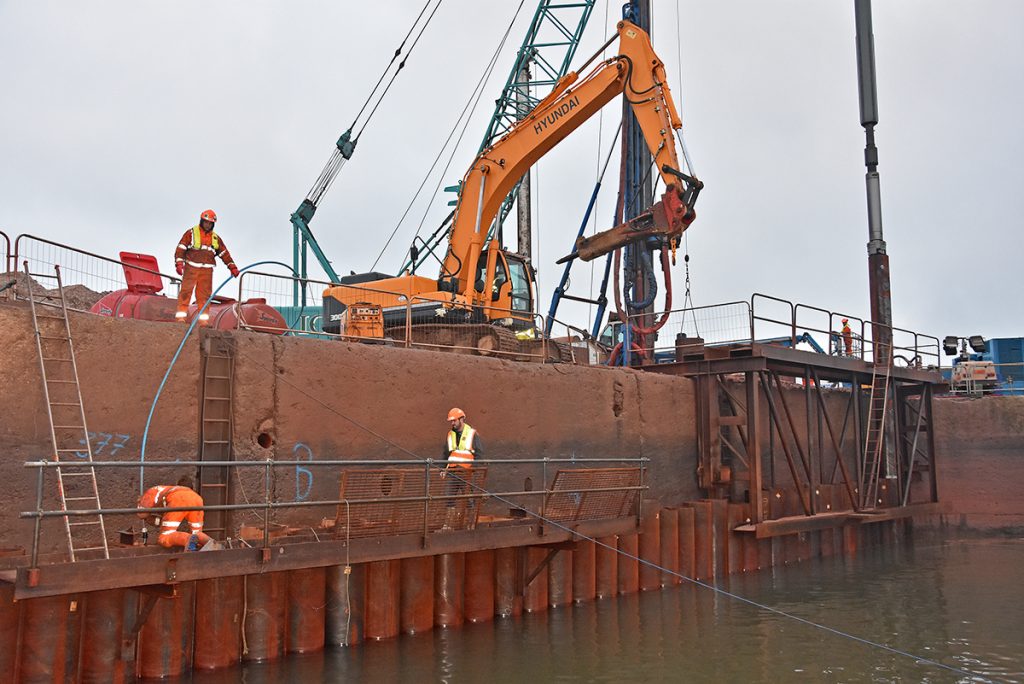 Contractors running concrete into the piles. 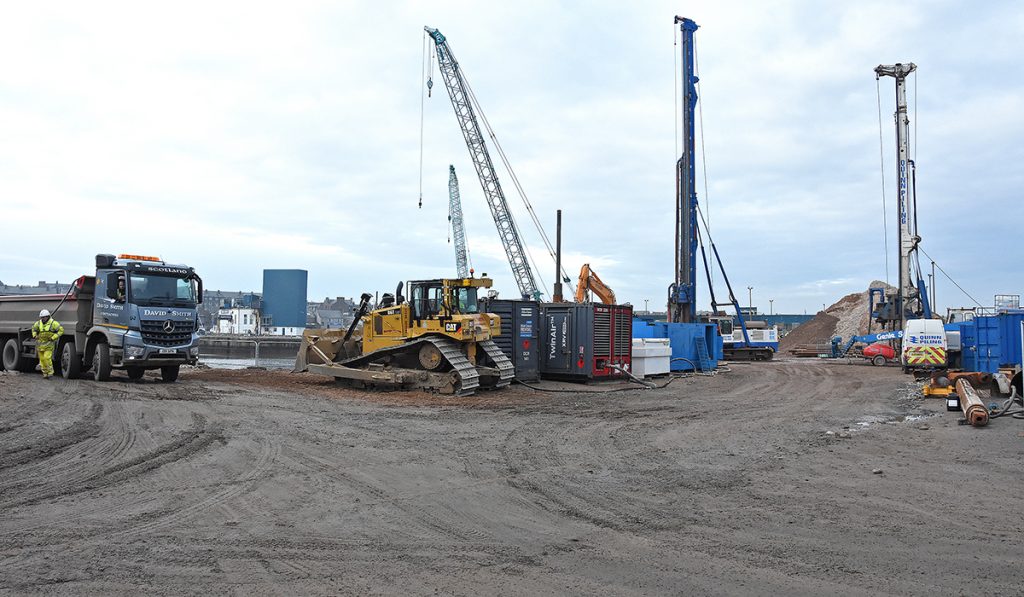 Peterhead’s new 9,000-box whitefish market is expected to be nearing completion in this location in 12 months’ time. 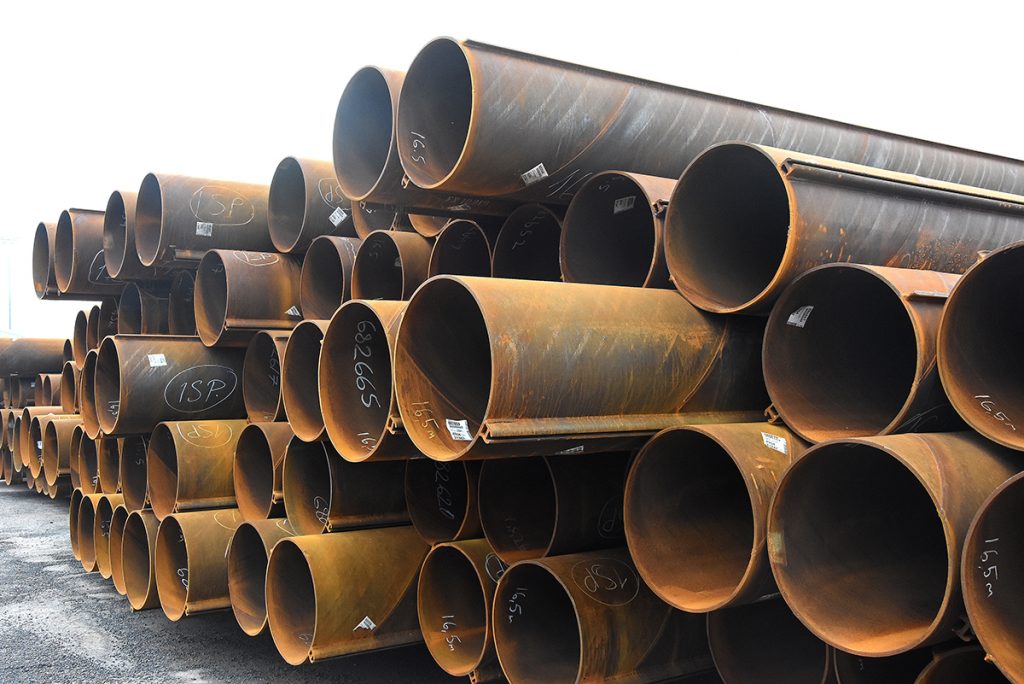 Some of the extensive stock pile of steel reinforcing piles ready to be placed in position in the North Harbour. 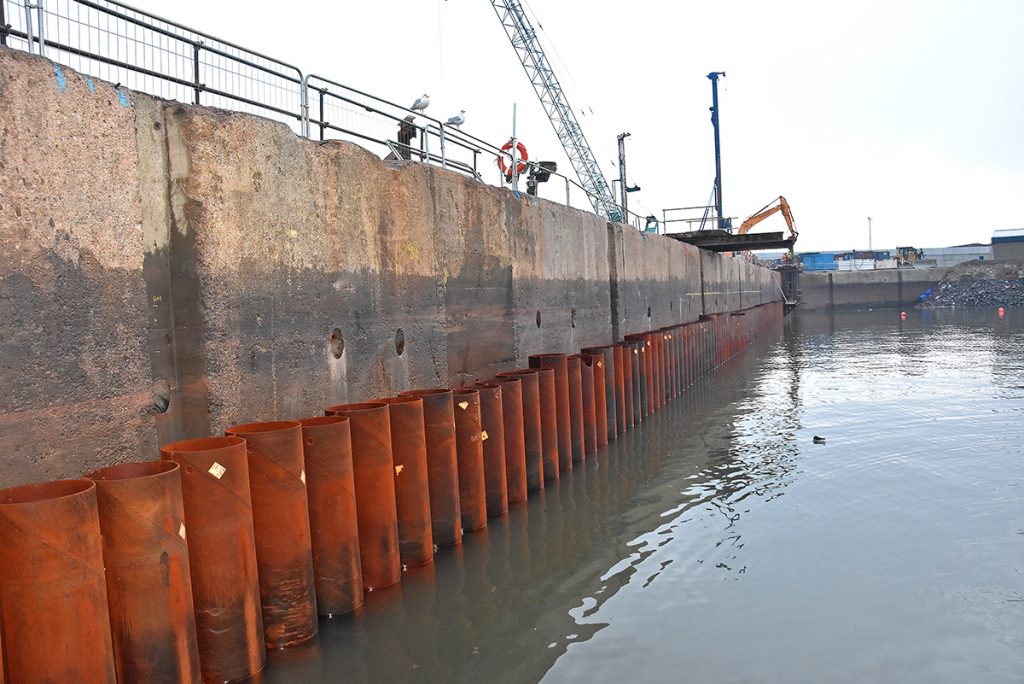 Weighing 100t, the road section of the Queenie Brig was scheduled to be lifted out last week, to signal the end of an era at Peterhead and the start of a new one. 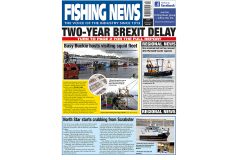 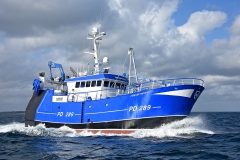