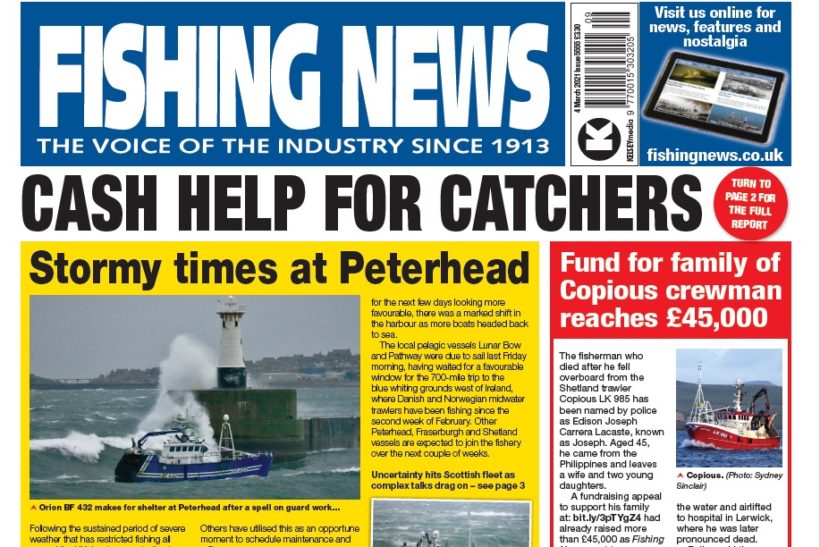 Eligibility criteria to be announced shortly

More government financial support is to be made available to help the struggling UK catching and aquaculture sectors.

It will come from an extension of the eligibility criteria for the £23m support scheme for seafood export businesses that suffered a financial loss because of delays to exports of fresh or live fish and shellfish to the EU during January 2021.

Cash grants will be payable to eligible businesses in March, and details of eligibility will be published shortly.

The scheme will be open to UK-licensed under-40m vessels with a track record of fishing during the winter months.

Scottish vessels and aquaculture businesses that have received support under the recently announced Scottish Seafood Producers Resilience Fund will not be eligible for aid from this scheme.

The new scheme is similar to the Fisheries Response Fund set up in April last year in response to the coronavirus pandemic. It will open in early March and provide a grant payment to cover up to three months of average fixed business costs incurred between January and March 2021. It is intended to help catching and shellfish aquaculture businesses with costs such as insurance, equipment hire and port fees.

DEFRA said that having listened to concerns from fishing businesses across the UK, it will be expanding the eligibility criteria for the £23m exporters’ scheme to target catching and shellfish aquaculture businesses which have been affected by a reduction in demand from the hospitality sector in the UK and abroad, as well as by disruption of exports to the EU.

Environment secretary George Eustice said: “Our fishermen are at the heart of many of our coastal communities, and we recognise the impact of coronavirus and the end of the transition period on them. This expansion of our £23m support package will ensure many more businesses can benefit from government support.

“The coronavirus pandemic has led to the closure of critical markets, and this has been exacerbated by issues faced by exporters at the border. We will continue to ensure we are listening to our fishing and seafood industry as we work to resolve these issues, and work with them to build up the industry in the months and years ahead.”

UK government minister for Scotland David Duguid said: “Over the last few months, we have been listening to the seafood industry and have continued to monitor the impacts that the pandemic and export disruption have played on prices, exports and the market.

“I am confident in the quality of Scottish fish and seafood, but for many fishing businesses the lack of demand in the hospitality trade in the UK and further afield has had a real impact on market prices.

“While we continue to take steps to beat this virus and work with the sector to resolve export issues, this expanded support scheme will help the many small and medium-sized fishing businesses that support so many of our coastal communities.”

“This expansion of the government’s £23m response fund will ensure that the fisheries and aquaculture industry in Northern Ireland receives the financial and practical support it needs.”

Secretary of state for Wales Simon Hart said: “The expansion of the Seafood Disruption Support Scheme highlights the UK government’s commitment to Welsh exporters who are currently facing a uniquely challenging period.

“We want to back our fantastic Welsh businesses, and I encourage all who are eligible to apply for this support.”

The NFFO welcomed the scheme, which it said had been announced after ‘weeks of lobbying’ of the government by the federation.

Chief executive Barrie Deas said: “The NFFO has made the case that if fishing businesses are to survive this extended period of depleted and disrupted markets, then they still face significant fixed costs, so the government must again step in. The government has now responded to those concerns.”

Support for exporters and industry

DEFRA said that the funding follows targeted support to help exporters with new processes. This includes the seafood exports working group, meeting twice a week to troubleshoot issues raised by the industry, and the newly established Scottish seafood exports taskforce.

The UK fishing and seafood sector is also set to benefit from a £100m fund to help modernise fishing vessels and the fish processing industry. Details of that will not be announced until the new financial year in April.

This support is in addition to £32m that will replace EU funding this year.

DEFRA said: “The government also continues to seek urgent resolution to export issues, including the EU ban on the import of Class B live bivalve molluscs, and will explore further ways producers can continue to export this valuable seafood.

“UK mussels and oysters are highly sought after, at home and abroad. The sector has been highly impacted by Covid restrictions, and now by barriers to trade imposed by the EU.”

Main features of the scheme

• For the UK catching sector, the fund will be open to under-40m vessel owners with fishing licences which have a track record of fishing in the winter months
• The scheme will also offer support to UK shellfish aquaculture businesses. Support will be provided on the basis of average ongoing costs based on the number of full-time equivalent (FTE) employees per business
• Businesses (catchers and aquaculture) that have received a grant under the recent Seafood Producers Resilience Fund in Scotland will not be eligible for the UK scheme
• The MMO will administer the fund across the UK on behalf of DEFRA, contacting eligible registered owners and licence holders directly with details of how to apply, starting in early March
• A single payment will be made to cover a proportion of fixed costs over a three-month period from January to March 2021. 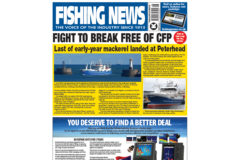 Fight to break free of CFP 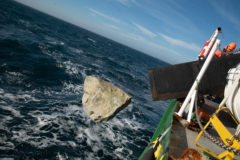