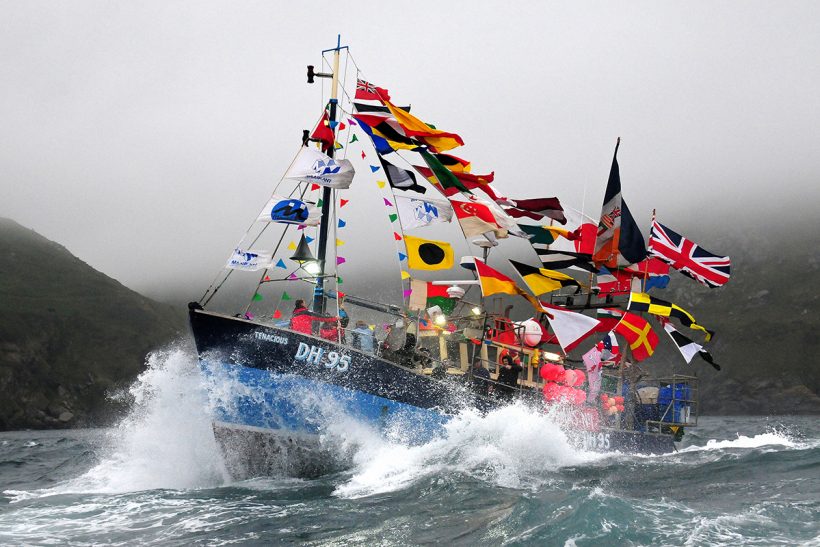 However, the weather failed to dampen the enthusiasm of the many holidaymakers and locals alike, keen to watch the 16-strong fleet battle for supremacy out and back through the estuary into heavy seas beyond Salcombe bar.

For the crews and guests aboard the boats, the threat of a direct hit from a flying water bomb or being on the end of the blast from a deck hose, paled into insignificance as many tried to dodge rain and spray, along with heavy seas, as the bigger boats in the fleet reached the turning point just beyond the estuary. Several of the smaller boats turned back early, while still within the sheltered waters of the outer estuary.

Most of the local fleet took part in the race, including Salcombe’s own channel crabbers, Emma Jane and Pen Glas.

Racing numbers were boosted by visiting Dartmouth crabbers Britannia of Beesands and Superb Us, along with the Plymouth trawlers, Aquarius and Capella.

The later prize-giving ceremony, again a wet affair thanks to heavy drizzle, was held outside the Fortescue Inn in front of a large and partisan crowd, when race organiser Rabso Preston, skipper of George Edwin, ensuring that everyone received a prize for their efforts, no matter how dubious the award title.

Winner over the Over-40ft category on the night was Josh Dornom’s Nemo, with Pen Glas in second place and Emma Jane coming in third.

Visiting boats swept the board in the Under-40ft category with Plymouth trawlers Aquarius and Capella taking first and second places respectively, and Dartmouth crabber Britannia of Beesands coming in third.

Nemo also picked up the award for the Best Dressed Over-40ft boat, with Britannia of Beesands taking the corresponding award in the Under-40ft class. 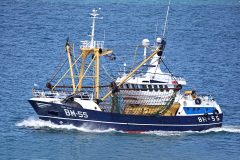 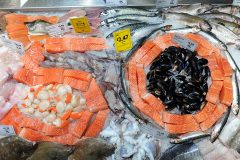 Fewer than 50 days until Seafood Week