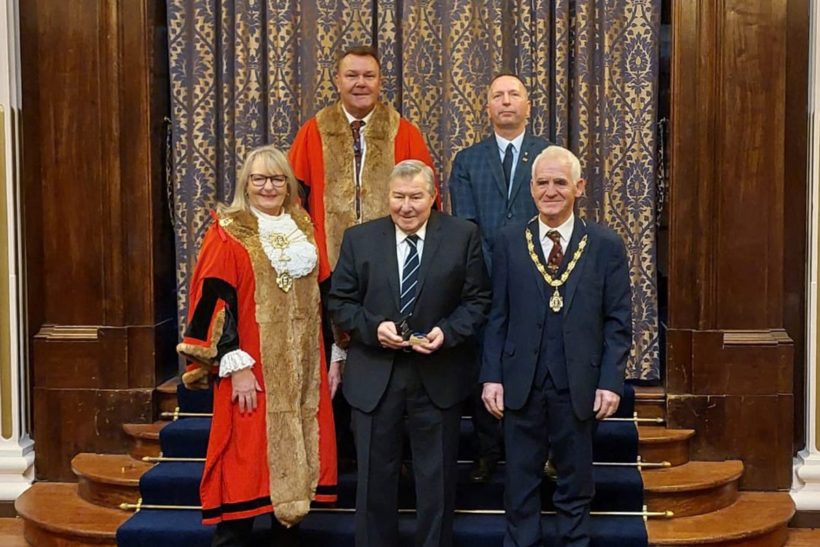 Two leading figures from Hull’s fishing community have been given Lord Mayor’s Civic Crown awards for their contributions to the city’s heritage, economy and culture, reports Brian W Lavery.

Ron Bateman, chairman of the British Fishermen’s Association (BFA), was given his award in recognition of his 40-year campaign for trawlermen’s redundancy pay following the decommissioning of vessels.

Owners were paid millions while the men, who were deemed ‘casual workers’, got nothing.

Ray Coles, a founder member of the Hull Bullnose Heritage Group (HBHG), received his award for his years of work preserving the city’s fishing heritage.

The Lord Mayor’s Civic Crown Awards are given to citizens who are recognised as having made a major contribution to the city. Both men should have received their awards last year, but the Covid pandemic delayed the ceremony.

Councillor Wilson said to Ron Bateman: “I know my dad and many more like him are so grateful for the tremendous amount of work you have done for the fishermen of Hull.” Mr Bateman, working with the former West Hull and Hessle Labour MP Alan Johnson, eventually secured payments to the trawlermen in the late 1990s.

Mr Coles, who played a major role in setting up the Hull Bullnose Heritage Museum on Hessle Road, is a former skipper. His wife Jan, who also volunteers at HBHG, received a Civic Crown at the same ceremony.

Councillor Wilson said: “Not only does the Hull Bullnose Heritage Group preserve the trawler industry’s past, but you also ensure that future generations will know of our city’s great history too.”

The HBHG is involved with educational projects with schoolchildren across the city. Its committee of Ray Hawker, Ray Coles, Jan Coles, chairman Jerry Thompson, Dave Smith, George Gibson and other volunteers have been responsible for a burst of community culture.

The centre has reached out throughout the area over the years with 23 pieces of public art.

Benches dedicated to the Triple Trawler Disaster of 1968 and the loss of the Gaul are alongside ‘bethel boards’, from the old Fishermen’s Bethel, showing the names of hundreds of lost Hull fishermen.

On receiving his award, Mr Coles said: “We are determined that the bethel boards with the names of all the 6,000 men who left the port never to return will be displayed in full one day. That’s why I and others continue to do this work.”

The group is planning to reveal more of the bethel board memorials at more sites in Hull in the coming months. 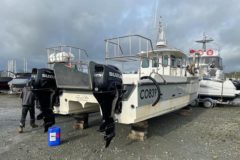 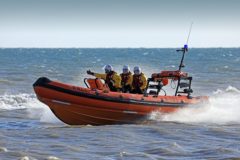