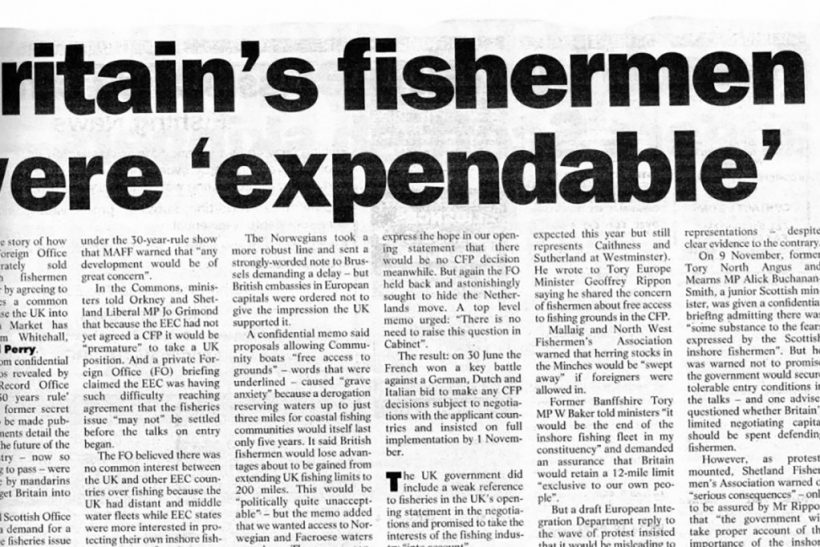 Commercial fishing: Looking back to 2001

In 2001, the world saw the birth of many new inventions, explorations and entertainment franchises, along with momentous events in history.

Casting our gaze to the skies, this was the year that Mars Odyssey was launched as part of NASA’s Mars Exploration Program, a long-term effort of robotic exploration of the red planet. Millionaire Dennis Tito also became the world’s first space tourist.

Apple announced the release of iTunes for Macintosh, and then later in the year the first iPod was released. This is also the year that the first draft of the complete human genome was published in Nature, and when the Netherlands became the first country in the world to legalise same-sex marriage. 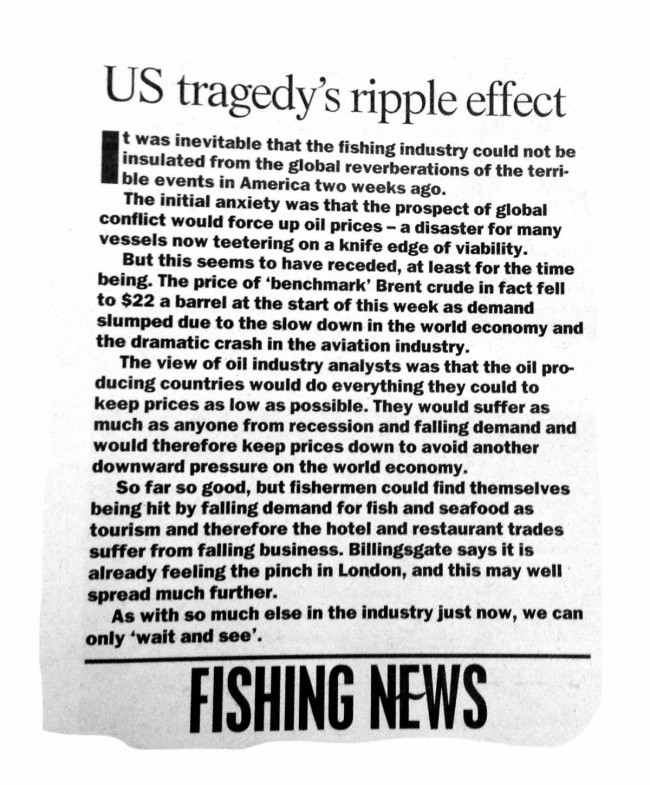 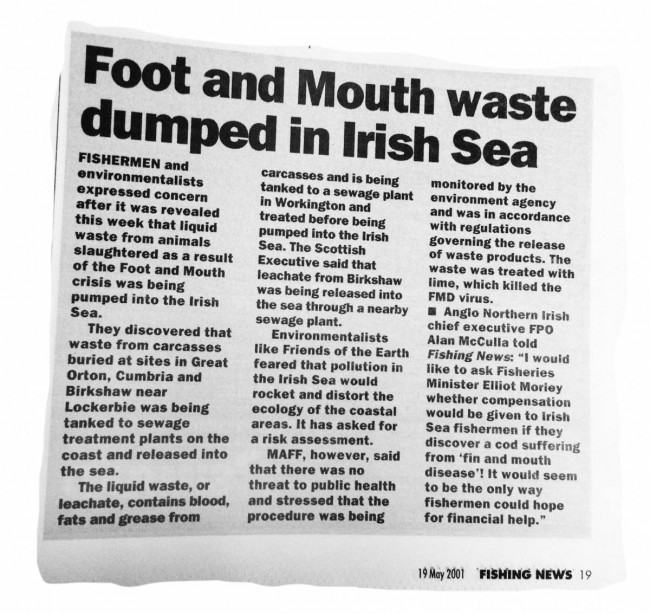 Tony Blair’s Labour Party won another landslide victory in the General Election, with 418 seats compared to William Hague and the Conservatives with 166, and Charles Kennedy and the Liberal Democrats with 52.

In February of 2001, Britain was rocked by the foot-and-mouth crisis – 2,000 cases of the disease were found in farms across most of the British countryside. This resulted in the killing of over 10 million sheep and cattle, in an eventually successful attempt to halt the disease. Cumbria was the worst affected area of the country, with 843 cases.

The Leaning Tower of Pisa – one of the seven wonders of the medieval world – reopened to the public in 2001 after 11 years of construction to fortify the structure without fixing the famous lean. It cost £27m to complete. 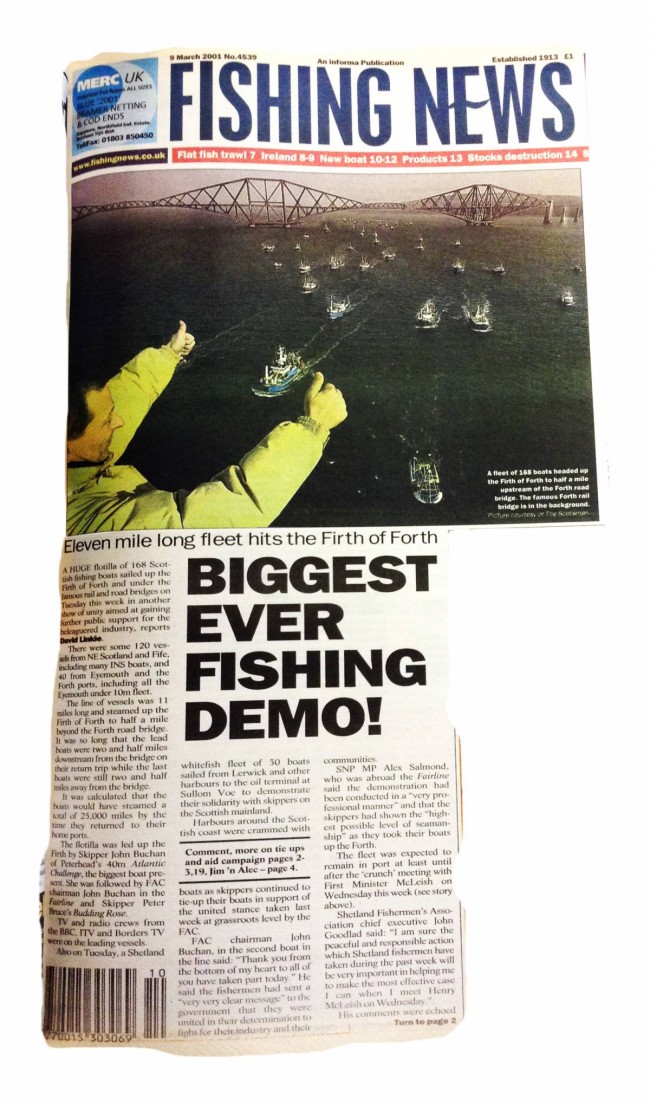 Harry Potter and the Philosopher’s Stone and The Fellowship of the Ring – the first films in two of the largest grossing franchises – were both released this year.

This was also the year of the September 11 attacks, a series of coordinated terrorist attacks on America by Islamic terrorist group al-Qaeda, using hijacked aircraft, that claimed the lives of 2,996 people including 67 casualties from the United Kingdom.

The world events of 2001 did not go unnoticed in the industry, with ripple effects felt from the foot-and-mouth crisis as well as the September 11 attacks.

Regarding the foot-and-mouth crisis, the (then) Anglo Northern Irish chief executive FPO Alan McCulla told Fishing News: “I would like to ask Fisheries Minister Elliot Morley whether compensation would be given to Irish Sea fishermen if they discover a cod suffering from ‘fin-and-mouth’ disease’! It would seem the only way fishermen could hope for financial help.”

There was also concern after 9/11 that the global conflict could force up oil prices, which would have been a disaster for many of the vessels finding it difficult enough at the time. 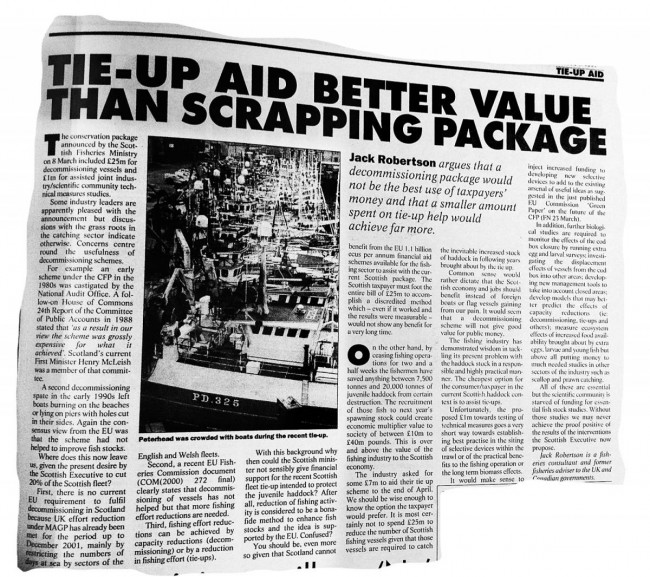 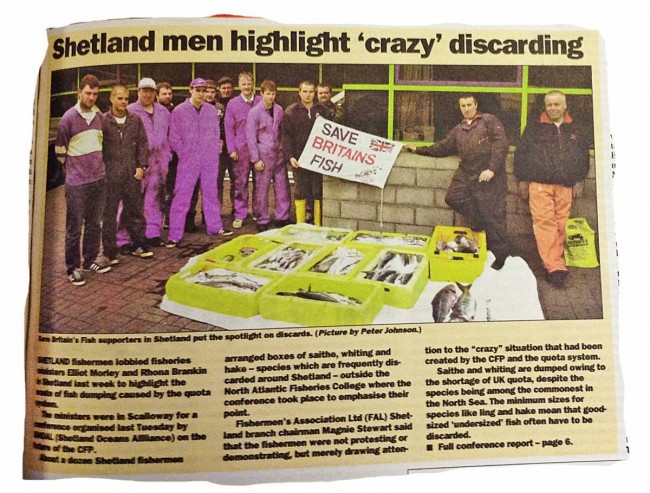 Whitefish vessels were targeted in a bid to preserve existing North Sea stocks and improve future sustainability. The EU imposed new restrictions earlier in 2001, which effectively prohibited Scottish vessels from fishing in certain areas for a 10-week period. What followed was a £25m decommissioning package, which was thought by many to be a waste of taxpayers’ money, and instead a tie-up aid would be of better value to the industry.

In the comment section of Fishing News, May 4, 2001, it said: ‘As efforts by the Commission and member states to agree a position on N Sea cod recovery measures become even more chaotic and frantic, it is a great mistake to try to apply conservation measures to just one stock in a mixed fishery.’

Seafish announced a project to farm haddock, and also joined with the national fishermen’s organisations to set up a task force to address a shortage of recruits to the fishing industry. Elsewhere, pressure was mounting for the Commission to act against the damaging practice of catching feed fish to turn into fishmeal using small mesh nets that scoop up everything in their path. 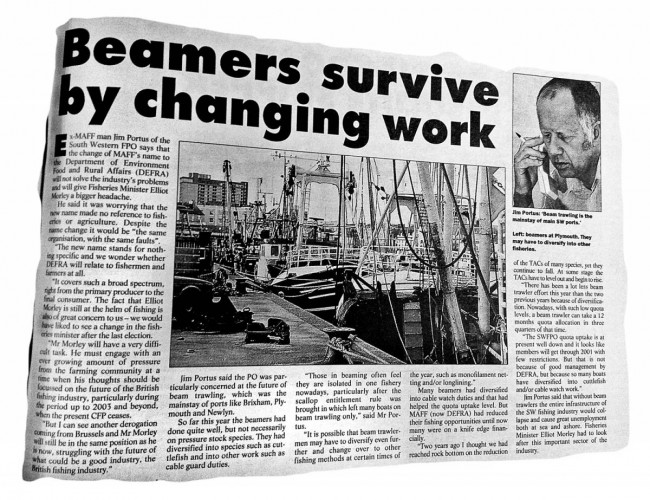 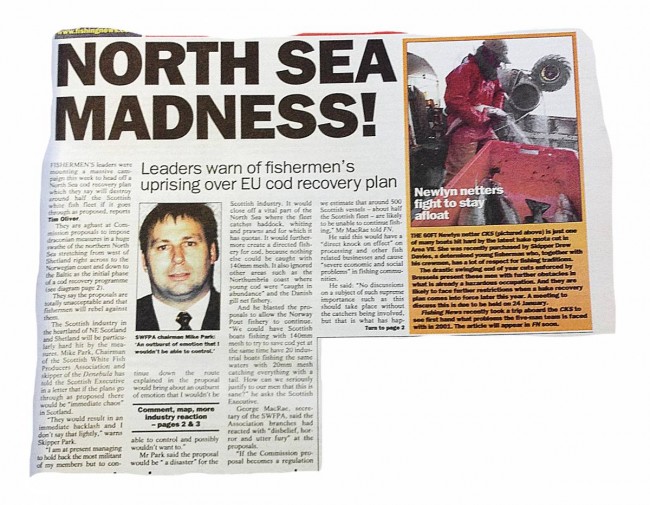 This was the year that Fishgate – Hull’s £5m high-tech market for the 21st century – was opened, giving the area an advanced new fish-trading centre. The market was sadly closed in 2011 to make way for Grimsby. A £9m extension to the Lerwick pelagic plant was also opened, making it the biggest factory in Europe.

2001 also saw a vessel-first with the Adele BCK 36 as the first UK boat to feature purposed-designed prawn-freezing equipment.