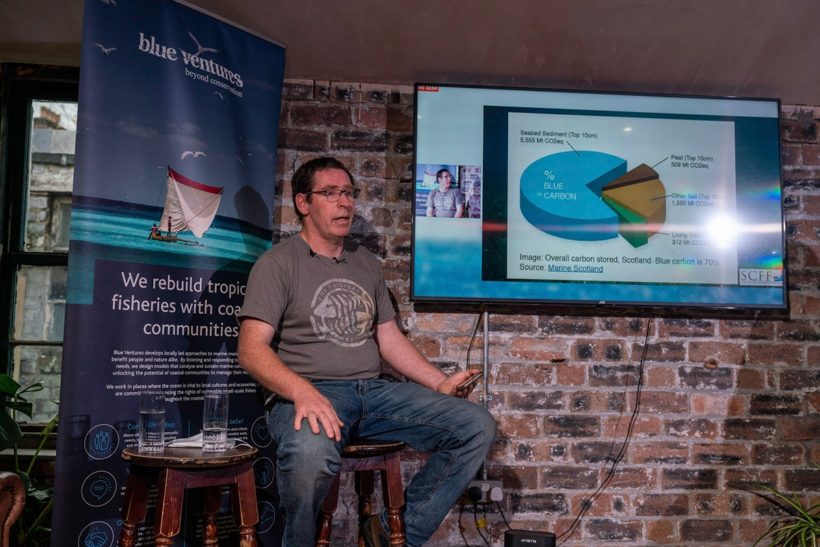 Scottish inshore fishermen participating in a forum held at COP26 on bottom trawling and zero carbon used the meeting to reiterate calls for the creation of a 0-3nm inshore zone in Scotland reserved for low-impact gears, similar to the three-mile no-trawl zone that was abolished in 1984, reports Andy Read.

The forum was organised by the Transform Bottom Trawling Coalition, an international consortium of green NGOs aiming to reduce the social and environmental impacts of demersal trawling.

Discussions concentrated on the blue carbon impacts of trawling and potential economic benefits to fishing communities from the introduction of no-trawl areas, or restrictions on larger trawlers.

A presentation was given by the Low Impact Fishers of Europe (LIFE), representing 33 fishermen’s associations across Europe, with the goal of promoting preferential fishing opportunities for low-impact fishing. Both NUTFA and the Scottish Creel Fishermen’s Federation (SCFF) are members of this group.

Bally Philps, representing the SCFF (pictured above), with over 200 vessels in membership, gave a presentation looking at blue carbon in Scotland, and linking this to priority habitats that Marine Scotland has committed to protecting.

He said: “The Marine Scotland approach of assessing individual sites for priority habitats creates real headaches, particularly as the ecosystem approach in place since 2010 means that Scotland should be looking to restore sensitive habitats, not just protect those that have survived.

“Looking at the locations of these on a map, it is clear that they are primarily inshore, and our view is that it is better to look at protecting this as a zone, or series of zones.

“The initial 2010 assessment of the 0-3nm zone undertaken by the government concluded that zoning this area for low-intensity fishing that would not impact on these habitats would be a net creator of jobs and income for our coastal communities. The issue for us is how we adjust as an industry, and ensure that sectors of the fishing industry are supported to make the transition.”

Responding to a question about the economics of inshore fishing, Bally Philps said: “Low-impact fishermen, based in the area wherever possible, should have preferential access to the inshore zone. This is of greatest benefit to the local economy.

“If an inshore area is suitable for a local dive industry, then dredging in these areas should simply not be allowed. We very much hope that the Scottish government plays it right, and restores the 0-3nm limit to local communities, who should rightly benefit from their local resources”.

“Not everyone can afford to buy day-fresh langoustine, or dive-caught scallops from small niche producers. Larger mobile-gear vessels, with appropriate checks and balances, have a role to play, both in terms of volume, but also in prices paid by consumers, and in the value-added markets that create processing jobs ashore.”

Much of the discussion looked at the impact of demersal trawling on blue carbon. Kenny Coull pointed out in a question to the panellists that the research on this issue was very much in its infancy, and that few clear figures had been agreed between scientists.

Bally Philps agreed, but suggested: “From our point of view, blue carbon is really just the straw that breaks the camel’s back. The figures on trawling and blue carbon are not clear, or agreed, but the other figures – economic benefits to local communities, environmental impact on inshore fishing grounds, local employment – are. These themselves, without reference to any blue carbon figures, justify an inshore trawling ban in many areas.”

Talking at a breakout discussion, Jerry Percy, representing NUTFA, suggested that blanket bans would create as many problems as they would solutions. “Whilst it is all very well to pontificate about all forms of trawling, which can have very different environmental impacts, a blanket ban could have huge economic and social impacts.

“A wholesale switch to passive gear, even if economic impacts were ameliorated by financial support to inshore trawlers, similar to the support given to farmers to adopt more environmentally friendly methods, would see local processors and markets struggle with a very different species mix, and lower volumes of catch.

“This needs a very careful and balanced conversation, between everyone involved, if we are to find a sensible solution.”

Marine Scotland were not represented at the forum, which was limited to discussion about mobile gears, and did not look in detail at issues around management of static gears or fisheries.

The presentation is available to watch below… 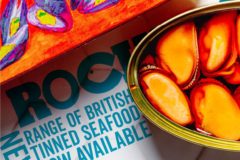 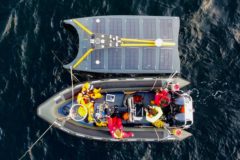