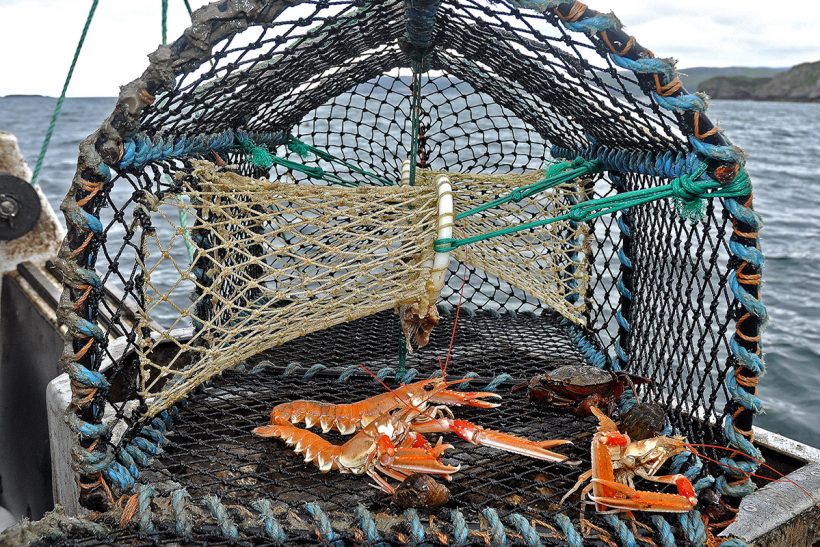 SFF: ‘Claims based on pseudo-economics’

A group representing Scottish inshore creel fishermen is calling on the Scottish government to give Scotland’s creel fishermen a 50% share of the Nephrops fishery by 2022, to enable them to supply the growing live langoustine market, reports Tim Oliver.

They also call for the reinstatement of a former ban on trawling inside three miles of the shore on the west coast of Scotland and for ‘creel-only’ areas.

The Scottish Creel Fishermen’s Federation (SCFF) makes its calls based on a newly published 35-page report* that it commissioned. The report says that Scotland’s valuable live langoustine (Nephrops) fishery has the potential to create over 700 new local jobs and contribute an additional £45m annually to coastal communities.

It highlights the underperformance of Scotland’s shellfish sector, and forecasts substantial economic and environmental benefits if the Scottish government allowed creel fishing to expand by restoring limits on inshore trawling.

But the Scottish Fishermen’s Federation, which includes both mobile gear and creel fishermen in its membership, slammed the report, saying it ‘misses – by a mile – any sensible contribution to the development of inshore fishing’. The federation said it would be writing to Scottish fisheries minister Fergus Ewing requesting a meeting with him and his staff to discuss the report (see below).

The SCFF, which represents low impact fishermen in Scottish inshore waters, said creelers can currently access only around 15% of the Scottish Nephrops fishery, because fishing grounds are monopolised by trawlers, which it says catch Nephrops mainly for the low-value scampi market.

“Creel fishing is a sustainable and high-value fishery, with Nephrops being caught in pots, landed live and sold as ‘langoustine’, said the SCFF.

“Catching Nephrops by trawling the seafloor severely damages or kills the Nephrops, making them unsuitable for the high-value live langoustine market. Most trawl-caught Nephrops are processed for their tails and sold as scampi. Each live Nephrops caught by creel is approximately five times more valuable than one destined for the scampi market.”

The SCFF says the Scottish trawl sector currently lands 87.7% of the Scottish Nephrops catch, but says the report confirms that transferring fishing opportunity to the high-value, low-impact creel sector would generate substantial economic benefits for Scotland’s rural and coastal communities. “Many inshore creel fishermen, who have been historically marginalised by decades of the fishery’s mismanagement, have now welcomed the report,” said the SCFF.

The report finds that establishing ‘creel-only’ areas, including the reinstatement of the three-mile limit on the west coast (where trawling was banned within three miles of the shore until 1984), could bring 455 more small inshore boats to the west coast fishery and generate almost £45m in additional revenues.
It also underlines major environmental benefits from a reduction of the impact of trawling on the inshore seabed and the trawl sector’s by-catch of unwanted or undersized fish.

Alistair Sinclair, national coordinator of the SCFF, said: “We are now at a crossroads. In the past 30 years, trawling has come to dominate our inshore waters, and yet with better management the Scottish government could enable the creel sector to make much better use of our inshore fishery – economically, socially and environmentally.

“This is not just fairer for our local inshore fishermen – it’s more sustainable and could deliver massive economic gains for Scotland’s rural economy. Our inshore fishermen represent long-term, sustainable jobs and are ready to make good on this opportunity. We implore the government to seize this chance to recover the health of our inshore waters and coastal communities.”

Duncan Finlayson, a creel fishermen from Wester Ross said: “For decades, the majority of our inshore fishermen have sought to fish our waters sustainably, but years of mismanagement have meant the resource has been squandered, with devastating impacts for our communities. We are in the last chance saloon. It’s time the government considered the long history of mismanagement and takes action to right an historical wrong.”

James Cook of the SCFF, and managing director of shellfish processor DR Collin, said: “Scottish langoustine is a fantastic product, much revered by our European neighbours. The market is booming, but there is massive untapped potential. We are making a simple case – let’s start generating more value by selling more live langoustine and less scampi.”

The report, Correcting The Misallocation Of Nephrops Stocks In Scottish Inshore Waters: Untapping A Vast Economic (And Environmental) Potential can be downloaded from the SCFF website.

The study estimated that if 1000t of Nephrops was transferred from the trawl to the creel sector there would be a £6.7m increase in net revenues, 69 extra vessels and over 110 additional full-time jobs, once losses to the trawl sector were accounted for.

For every kilogramme of Nephrops landed, trawlers use on average nine litres of diesel compared to 2.2 litres by a creel vessel.

Trawlers cover on average the equivalent area of more than four football pitches to land 1kg of Nephrops. Creelers use less than 2m2.

Responding to the report and the SCFF’s claims, SFF chief executive Bertie Armstrong said: “The report seems to demand a return of a three-mile fishing limit, which for good reason was abandoned 33 years ago.

“Careful reading of the report reveals that what is actually being demanded is the exclusion (and therefore demise) of two sustainable, profitable catching sectors – prawn trawling and scallop fishing – from inshore areas, in favour of another sector. This ignores the fact that the present arrangement – a mixed inshore sector – has evolved in accordance with available resource and market demand.

“The report calls for the removal of resource and sea space from Peter, to be awarded to Paul. The logic used is the fact that a live creel-caught prawn is worth more than a trawled one. That is correct, but the argument in the report is equivalent to the observation that diamonds are worth more than iron ore, therefore, all miners should seek diamonds.

“The hallmark of the report is the assumption that static fishing gear is good and mobile gear is bad. Working backwards from this assumption, a convoluted case is laid out using lightweight pseudo-economics. The report seems to have been sent to the Scottish government – the response of the Cabinet Secretary responsible for fishing is awaited.”

Ewing: ‘Report will get full consideration’

Scottish Fisheries Secretary Fergus Ewing said the report ‘makes a number of assumptions that will clearly require further investigation’ and he would give it ‘full and proper consideration’.

He stated that the report showed that his recent announcement of inshore pilot schemes was ‘timely and needed’. “These pilots will look at innovative approaches to fisheries management and test whether a more local approach to fisheries management and separating different methods of fishing, such as creeling and trawling, can yield greater benefits for coastal communities,” he said.

The pilot schemes were part of a comprehensive package of measures that were improving fisheries management, including new regulations for king scallop fishing around Scotland; changes to closed areas around the Outer Hebrides; daily catch limits for hobby fishermen; trials on a razor fish fishery and the development of new controls crab and lobster fisheries.

The Inshore Fisheries Strategy was delivering ‘real improvements’ and the government was ‘exploring all options’ to ensure fishermen and communities can make the most of Scotland’s inshore waters.

Commenting on the inshore fishery pilot schemes the SCFF said: “We hope this signals the minister’s growing confidence in the economic opportunities presented by more sustainable fishing. Methods such as creeling and diving for Scotland’s prized shellfish are traditional low-impact, high-value fisheries and yet have been marginalised for decades. We hope any future initiatives will further demonstrate the economic, social and environmental potential of Scotland’s inshore fishing sector.” 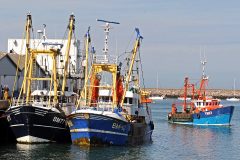 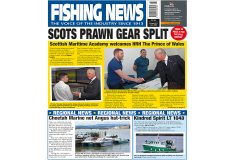