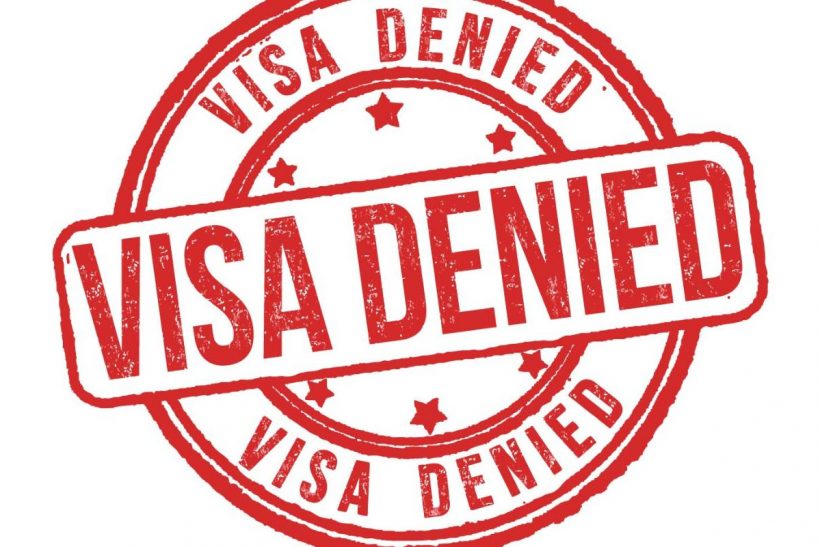 Tough UK government immigration policies and a clampdown on visas are creating a crewing crisis for skippers on the west coast of Scotland and in Northern Ireland, reports Tim Oliver

Skippers and vessel agents are finding it increasingly difficult to obtain visas for the non-EEA crew on which so many of the UK fleet now relies, particularly on the west coast and in Northern Ireland.

A survey carried out by Seafish last year found that non-UK crew accounted for 39% of all deckhands, confirming other recent studies with similar findings.

The problem is particularly acute on the west coast of Scotland and in Northern Ireland because the bulk of the fleet are small prawn trawlers that work inside the 12-mile limit, where regulations prevent visas being granted. Bigger east-coast vessels that work outside 12 miles do not have a problem, as foreign crews can be given work visas because the boats work outside UK territorial waters.

The UK Home Office is trying to discourage employment of what it considers to be ‘unskilled’ non-EEA workers, and says skippers should employ UK nationals. But it is impossible to find UK crews willing or able to work on fishing boats, hence the heavy reliance on foreign crews, particularly Filipinos.

Western Isles MP Angus MacNeil, the SNP fisheries spokesman at Westminster, and three other MPs from different parties, met UK immigration minister Caroline Nokes two weeks ago to argue for the urgent reintroduction of a scheme to allow non-EEA crewmen to work on vessels fishing inside 12 miles, but they were rebuffed (Fishing News, 24 May, ‘Home Office fails again to resolve crewing problems’).

He said he left the meeting feeling ‘utterly dismayed’. He said talking to the Home Office was like ‘talking to a brick wall’ and that they seemed ‘impervious’ to the concerns the MPs expressed.

The desperate crewing situation facing the region, and notably the Western Isles and the island of Barra, was highlighted in a recent Channel 4 feature. The programme said that crewing problems had forced six trawlers out of business on the west coast of Scotland in recent months, and more than 23 in Northern Ireland.

Skippers say the government is not listening to them when they explain that depopulation, almost full employment, and the failure of training schemes to provide British crew have all created an absolute reliance in the region on skilled, experienced Filipino fishermen.

They accuse the Home Office of creating a blanket policy in its hostile approach to immigration, and of failing to take into account the special circumstances of the region’s fishing industry and geography, which means skippers have no choice but to work inside 12 miles.

Skipper Angus Macleod of the Aquarius had only just returned to sea after being tied up for several weeks for lack of a crew – but he had only one crewman and was working on the deck himself, whereas he would normally have a crew of five.

The programme highlighted the added dangers of working with a skeleton crew, in what is an already dangerous industry.

Skipper Macleod said: “We need access to non-EU labour. We’ve found Filipinos are very skilled men, great guys to work with, very attentive to their job and very happy to learn and pass on their skills.”

Another skipper, Jonathon Boyd, had sold up in the past fortnight and is now unemployed, along with his son. He said: “We decided the only way was to come out of the industry for the time being. We’re just hoping that something comes of it. It just seems there’s not enough boats in the fishing industry to make a difference to the government either way.”

The lack of crews is threatening the future of one of the region’s biggest employers, the Barratlantic seafood processing factory, which is the biggest private sector employer on Barra. Boss Donald Maclean said the visa clampdown is putting the entire business in jeopardy. He said: “If we can’t source the fish, we can’t produce; that’s going to be another 35 people on the dole. It’s that serious.

“If the boats can’t get crews and we close, it will be the end of the island – we’re the second biggest employer on the island. We went into an expansion with an EU grant of over £800,000, but if we can’t get the calibre of people to work on these boats and keep the industry vibrant on this island, I’m afraid it’s curtains.”

As the programme was being made, he received a phone call from an agent in Ghana wanting to send crews over, and he said he had texts every day from Filipino crewmen asking for work.

The Home Office told Channel 4: “It’s right that the employers look first to the resident workforce before recruiting from overseas.” They said that between 2010 and 2012 they operated a visa scheme which granted temporary working visas to non-EU nationals, but they closed it because of low take-up.

Darren Stevenson, a lawyer who advises some in the industry on the legal details of immigration law, has been close to the crewing problem for several years and appeared on the Channel 4 programme.

He explained to Fishing News that central to the problem is that visas for foreign workers are awarded through a points-based system that does not allow migrant workers to be employed to carry out ‘lower-skilled’ work – even though the definition of ‘lower-skilled’ can in reality apply to jobs that do require significant skills, training and experience, such as fishing.

One reason for this is that the Home Office view is that such work can be carried out by workers from elsewhere in the EU who can come here freely – but few want to work on fishing vessels, either here or in Europe.

“Regional variation is not currently part of our immigration system, yet it is a fact of crewing regulation,” said Darren Stevenson. “The fishing industry, because of its unique circumstances, has a two-track system. Some geographical locations are subject to restrictions, and some are not.”

He said this made it difficult for affected regions to compete, and was leading to ‘severe consequences’ in some locations such as Barra, which already struggles with depopulation.

“The industry has long lobbied for change, and there is now broad agreement between maritime charities, industry groups and politicians that reform is needed,” he said.

Looking at possible solutions, Darren Stevenson suggested that the Home Office should consider making concessions within the existing system, because wholesale reform of the immigration laws is a complex task and likely to take a considerable period of time, with a government White Paper on a future immigration system eagerly awaited.

There was a precedent for this in the concession granted between 2010 and 2012 allowing non-EEA crews to be employed on boats working within the 12-mile limit.

“A similar concession is currently in force in respect of non-EEA nationals who are joining vessels engaged in the construction and maintenance of offshore wind projects in UK territorial waters. Another concession was made in the case of skilled sheep shearers from Australia and New Zealand, so it can be done.”

He said it was very difficult to provide an effective one-size-fits-all regulatory mechanism for complex industries with distinct characteristics, such as the fishing industry.

“The hope is that the Windrush scandal may augur a new era in which the Home Office will properly engage with stakeholders to collaborate on sensible immigration policy.”

A full account by Darren Stevenson of the legal aspects surrounding employment of immigrant crews can be seen at: bit.ly/2KtUVM4 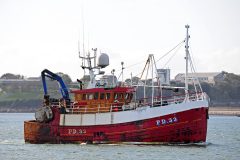 Boat of the Week: Elegance PD 33