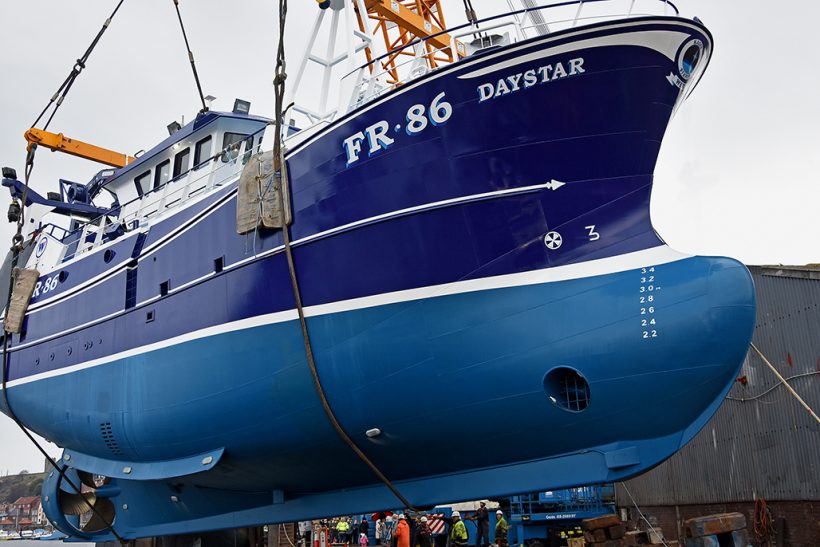 Above: The 250t Daystar is lowered into the water the River Esk at Whitby. 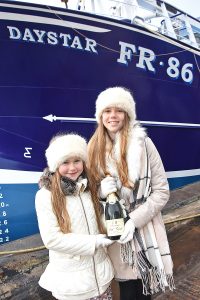 Skipper Stephen West’s daughters Steffie and Kasey prepare to name Daystar by breaking the traditional bottle of champagne on the bow at the first attempt.

Using a specialist large-capacity crane, Daystar was smoothly lifted from the quayside, where it was built and fitted-out under cover by Parkol Marine Engineering, before being lowered into the River Esk on the morning tide.

Daystar is scheduled to run engine and fishing trials later this month from Whitby, before heading north to start twin-rig trawling from Fraserburgh.

Designed by Ian Paton of SC McAllister & Co Ltd, the fully shelter-decked Daystar is the first of a new class of vessel featuring a round bilge hull with a registered length of 23m, 7.8m of beam and a depth moulded of 4.25m. 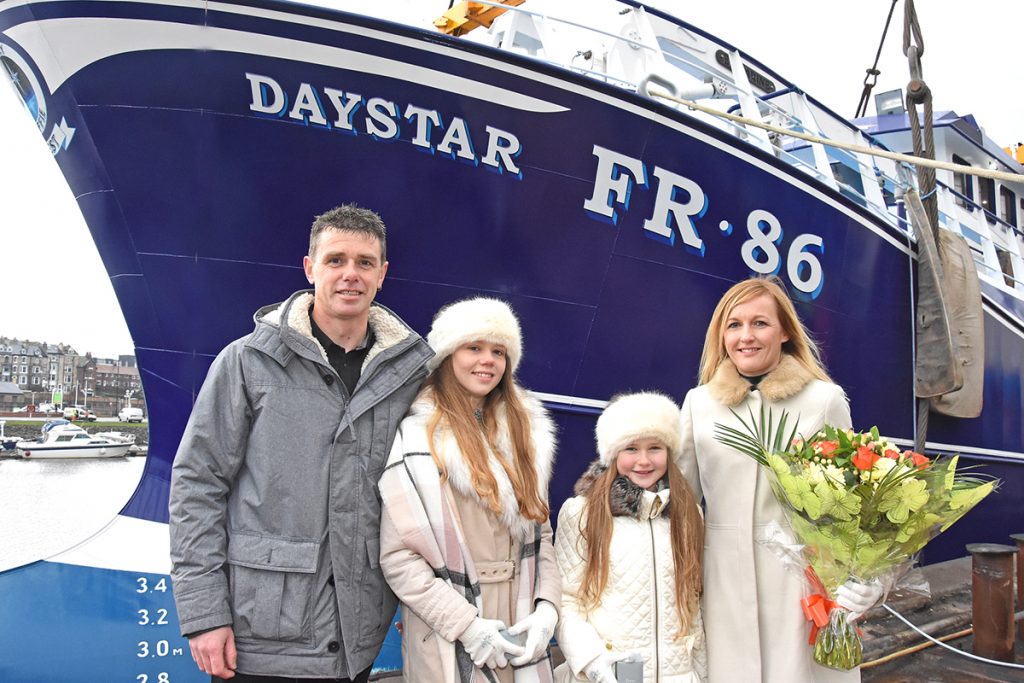 A proud day for Stephen, Kasey, Steffie and Lynne West as Daystar goes into the water at Whitby.

20,000 litres of fuel is housed in four tanks, including two double bottom tanks under the floor of the fishroom, which will have a working capacity of some 800 boxes. 14,000 litres of freshwater will be carried in the bulbous bow tank that will supply a 2.5t Geneglace ice machine installed by Premier Refrigeration, together with the catch-chilling system. 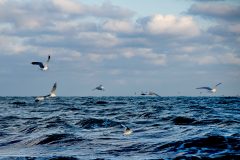 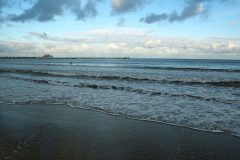