Fears about lack of control of foreign fly-dragger fleet

An inshore fishermen’s spokesman has accused DEFRA of ‘fiddling while Rome burns’ by failing to set catch limits for this year for EU vessels fishing in UK waters for non-quota species, reports Tim Oliver.

DEFRA said it has agreed to an initial exchange of data with the EU on non-quota stocks, and to establishing ongoing exchanges.

It has also been unable to confirm to the industry that limits will be set in 2022, and says vessels do not have to record whether catches in UK waters are made inside the UK 200-mile EEZ or the six to 12-mile zone.

The data exchange with the EU will not include details on the gears used by vessels to catch non-quota stocks. This means that catches of non-quota stocks by foreign-owned fly-shooters, which are creating great concern among Channel fishermen, cannot be identified as such.

DEFRA said it is finalising arrangements on frequency and timing of data exchanges with the EU Commission. “This data will allow us to effectively monitor EU fishing activity for non-quota stocks in UK waters, and will inform the development of multi-year strategies for the conservation and management of non-quota stocks.”

The department has been ‘discussing with industry, and is currently considering, the potential effects of fly-seining fishing gear being used by vessels fishing non-quota stocks in UK waters’. “Any future decisions on the use of this gear will be based on the best available evidence,” it said.

In an angry response to the lack of any control this year on fishing of non-quota stocks, NUTFA director Jerry Percy said the industry was ‘banging our heads against a brick wall’ in trying to get catch limits on non-quota stocks and action to restrict fly-shooters.

He told Fishing News: “As both an ex-fisherman and an ex-fisheries manager, I genuinely cannot get my head around the simple facts that DEFRA have removed all catch limits for non-quota species for a massive fleet of powerful Dutch and other EU-based fly-shooters in our waters; state that they are relying on third-country monitoring, despite the fact that they know that Dutch officials are unable to monitor all landings; and despite previous promises that they would monitor catches and impacts, are clearly still doing nothing more than talking about it whilst this superfleet ravages our waters and devastates our coastal fleet.”

He said that rather than the ‘world-leading fisheries management’ Boris Johnson had promised the industry, it now had ‘the polar opposite’.

“I cannot emphasise enough just what this is doing to our smaller-scale sector, other than consigning them to the dustbin of history,” he said.

“DEFRA simply doesn’t seem to have the capacity, the institutional or fisheries management knowledge, or the commitment from their political masters – and mistresses – to do the job.

“I said to a senior DEFRA official in a telecon that I hoped that they were going to at least get their act together on non-quota species for next year so we don’t have this continuing demand for catch limits, but she couldn’t even guarantee that – I was stunned.”

He said there was ‘still a lot of angst’ about fly-shooters, and if they and the fleet of EU beamers ‘currently plaguing our six to 12-mile zone’ were not reined in ‘very soon’, then ‘going on the myriad reports of the lack of fish on inshore grounds, it’s game over’.

“I’m assured by the senior people in the MMO and DEFRA that they are desperately seeking solutions, but I’m not sure if they have the sense of urgency needed, or that any action they finally take will be in time to save our fishermen and their communities.

“Many months ago, when complaints about fly-shooting really took off, the MMO said they would license them all [75 fly-shooters], and then assess their impact.

“So the next question to DEFRA is, what are you going to do to assess their adverse impact on non-quota species, who is going to do it, how, and over what timescale? The current answer seems to be that we will discuss and consult – the political equivalent of ‘fiddling while Rome burns’.

“The straw that’s almost the camel’s back for me, so to speak, is that there is no cogent, sensible, logical, fair or equitable reason to remove catch limits from a significant fleet of European fly-shooters at the expense of our coastal communities.”

The NUTFA director said the majority of the Dutch vessels do not appear to have a previous track record, so are not able to claim access under the Brexit Trade and Co-operation Agreement (TCA) that the industry was ‘stitched up with’ last December.

“Where is the precautionary principle?” asked Jerry Percy. “Where is the Fisheries Act, the sustainability objective? Where is the allocation of quota and access to fishing opportunities based on social, economic and environmental criteria?

“You’ve got the situation now where Greenpeace are the only organisation kicking the beamers and fly-shooters out of our MPAs.

“They are giving it all away. Politicians don’t appear to give a damn, and they can’t even guarantee anything for next year.

“They say history repeats itself – well, a Tory prime minister gave away our fishing industry when we joined Europe, and another equally disinterested and ill-informed example of that ilk has done it to us again. I could weep.” 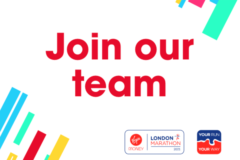 Run the Virtual London Marathon with The Seafarers’ Charity 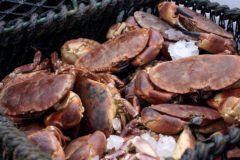