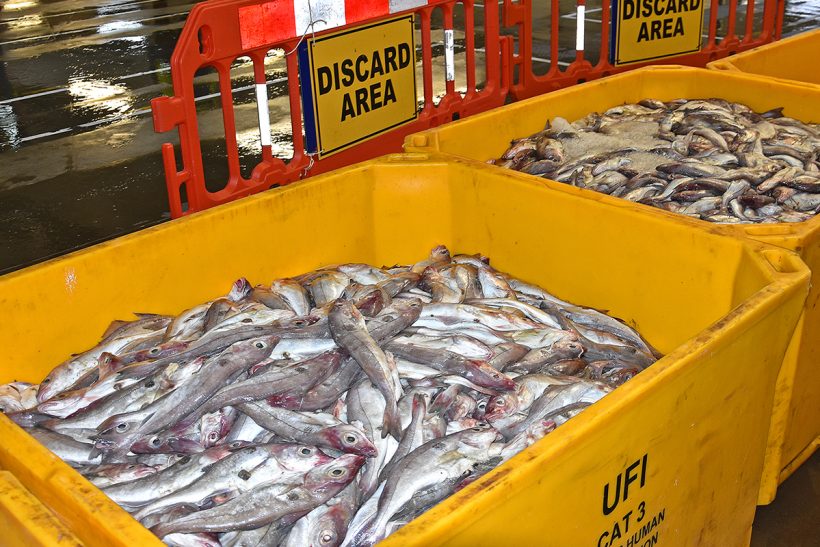 Discards ban is working – Unwanted catches are being reduced

But concerns remain about the dangers of choke species closing fisheries early, and the industry needs to work with the authorities to make the system effective.

There are also questions over compliance and enforcement, and the public and environmentalists are watching developments closely.

Large retailers and processors are also worried about ensuring that the fish they buy is from legal fisheries where there are no discards.

This is a summary of the views of the NFFO, published in a wide-ranging assessment of the state of play in the landing obligation (LO)/discards ban, six months after it came fully into effect for all quota species on 1 January.

“The signs are that there is broad awareness across the industry of the significance of the landing obligation. As a result, skippers feel under considerable pressure, and have felt for some years, to reduce unwanted catch. This has intensified changes in gear selectivity and fishing behaviours,” says the federation.

The federation acknowledges that this is easier in some fisheries than in others.

Noting that the discards ban is ‘the biggest change to the management system since quotas were introduced in 1983’, the NFFO says that the central purpose of the landing obligation – to incentivise reduction of unwanted catch of quota species – is having an effect, as skippers adapt their gears and fishing behaviours.

But there remain concerns over potential choke species, and the danger that they will increase in the second half of the year as quotas are used up.

The federation spells out the various choke mitigation measures in place, and emphasises that they have been ‘absolutely critical’ in dealing with chokes in mixed fisheries. “The second half of 2019 will inform us if enough has been done.”

It remains to be seen whether the established system of quota swaps and transfers, along with limited top-slicing and redistribution, will be sufficient to avoid category two chokes (where there is sufficient quota in the system, but in the wrong place to prevent a choke developing).

“The obvious answer to easing this type of choke risk in many of our fisheries lies in fairer UK allocations as the UK renegotiates its national shares, when it becomes an independent coastal state,” says the NFFO. But until then, mechanisms will be needed to move quota to where it is needed.

It says that quota lease and purchase prices have ‘rocketed’ in the first half of the year, as vessel operators try to find quota to cover their anticipated total catch for the year and avoid chokes.

The federation also warns that ‘many eyes are on our industry’. It says, “There is genuine public concern about the waste involved in large-scale discards, and the catching sector has to demonstrate that it is doing its part.”

Retailers and the larger processors, in particular, are concerned about the risks to their reputation associated with buying fish from fisheries in which they cannot be sure that there is not continued discarding of quota species.

But although it is early days and many problems remain, the signs are that the fishing industry is facing up to its responsibility to reduce discarding.

However, the federation warns that there may be ‘pockets’ of vessel operators who think that they can carry on discarding, even though they have accepted the TAC/quota uplifts (extra quota replacing fish that would have been discarded) associated with the landing obligation.

Such people are ‘delusional and dangerous’. They are dangerous because carrying on as usual means stock assessments that indicate increased fishing mortality, resulting in reductions in TACs.

They are delusional because they are in denial, which is ‘a boomerang that will return very quickly’ and will affect everyone, including those who are trying hard to reduce their unwanted catch.

Onboard cameras ‘not a panacea’

Discussing onboard cameras, the NFFO says that remote monitoring (REM) will have a role to play in some fisheries, but is not a panacea.

A recent conference organised by the Danish government illustrated that the use of CCTV cameras and other forms of remote surveillance only works when they are invited onboard vessels to demonstrate compliance.

“The use of cameras as a top-down ‘big brother’ panacea is unlikely to provide a solution for a series of practical, legal and ethical reasons.” However, REM can play a role and ‘undoubtedly has a future’, though ‘a considered and proportionate approach is required’.

The full report can be seen on the NFFO website at: nffo.org.uk

The key to dealing with remaining problems, and working towards an effective discards ban, ‘lies in a collaborative approach, in which fisheries managers, the fishing industry and the whole supply chain continue to work together to understand and deal with the issues as they arise,’ says the NFFO.

A working group has been established to build a picture of how the industry is adapting to the landing obligation. The industry-led group, with DEFRA and MMO support, will:

In parallel, an ongoing dialogue, between retailers, processors/buyers, the catching sector and DEFRA, aims to keep everyone in the supply chain involved in identifying issues and working on solutions.

The landing obligation must be aligned with the other elements of fisheries policy, such as TAC-setting rules, technical measures, financial support mechanisms and control rules, in ‘an integrated whole’. 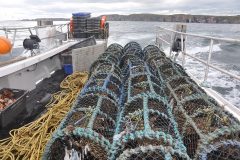 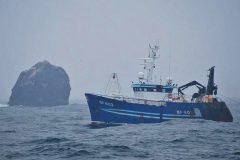