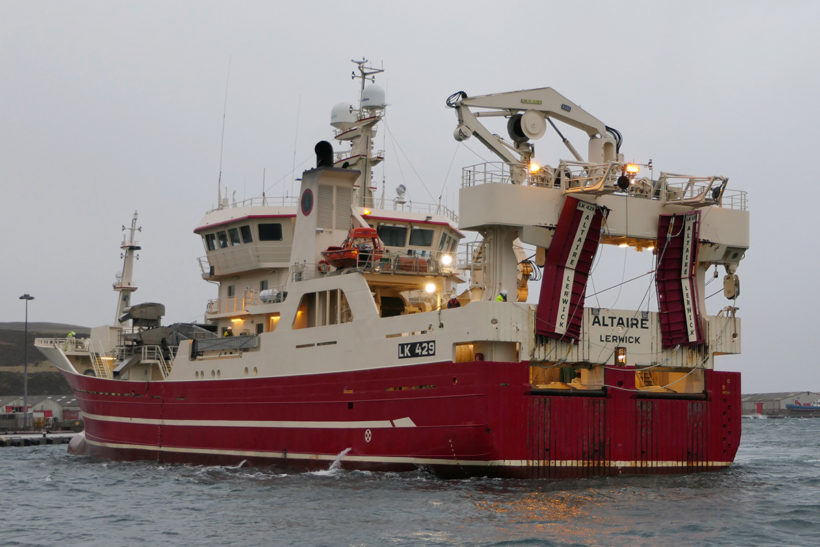 The UK whitefish and pelagic sectors have been dealt a further blow with the latest news from Norway, reports Andy Read.

The recent meeting in London between Norwegian fisheries minister Bjørnar Skjæran and UK minister Victoria Prentis, which was followed by an ‘industry round table’, appears to have achieved little.

Defra officials were tight-lipped after the meeting, and FN did not receive answer to any of the questions it had tabled ahead of the meeting. The industry round table involved pelagic processors and was very short. One attendee told FN: “I am still not sure what the meeting was actually about.”

Subsequent to the meeting, the Norwegian minister announced further unilateral increases to the shared mackerel quota, a move greeted with dismay across the UK and EU pelagic sectors.

These unilateral awards of quota take the total mackerel TAC announced to 1,122,000t, 41% higher than the figure of 795,000t recommended by scientists.

“Particularly when sharing discussions between all parties are ongoing, it is not a constructive action that suggests they are realistically seeking agreements and endangers the long term sustainability of the stock itself.

“The UK has agreed exchanges of opportunities with both Faroe and Norway for 2022, but this does not include access to UK waters to fish mackerel. This is unlikely to change while inflated quotas are being set by parties.”

At the same time, in a hammer blow to any hopes of the UK receiving access to Norwegian whitefish stocks that restores the historic level of quota shares – which were slashed following Brexit – Norwegian industry representatives confirmed they expect to see a 20% reduction in the Barentszee cod quota for 2023, and a 15% cut to haddock.

Daniel Zeichner, Labour shadow fisheries spokesperson, was highly critical of the UK approach, saying: “The minister’s reluctance to divulge the content of her conversations with her Norwegian counterpart comes as no surprise – they are running rings around her.

“The UK distant-water and pelagic fleets have been sold very badly short yet again, with a damaging knock-on effect on our struggling fish and chip sector. Far from taking back control, the Conservatives are allowing the UK to be played by much more experienced wily operators, to our considerable cost.”

Jane Sandell of UK Fisheries, one of the companies most impacted by loss of quota in Norway, told Fishing News after the announcements: “We haven’t been briefed on the talks, so we’re really in the dark. But what we hope and expect is that Defra has paved the way for a far more realistic quota for demersal catches in the Norwegian zone for 2023 and beyond, particularly given the amount of Russian whitefish the UK is still being forced to import.

“It makes no sense at all that we have negligible quota in the Norwegian EZ while we’re still importing millions of pounds’- worth of frozen cod fillets from Russia, and topping up Putin’s war chest. Whatever the TAC may be for 2023, Defra has a duty to carve out a sensible quota for the UK fleet.”

Scottish pelagic fishermen, who have repeatedly raised the issue of unilateral quota increases by the northern states, were quick to condemn decisions by Norway and Faroe to persist with the unilateral increases in mackerel quotas that they first announced in 2021, calling them ‘a wilful attack on the principles of sustainability required to preserve stocks for future generations’.

Ian Gatt, chief executive of the Scottish Pelagic Fishermen’s Association, said: “This is a disgraceful move by Norway and Faroe. Each country raised its quota share by a whopping 55% last year and intends to maintain its self-awarded tonnages in 2022 – and despite mounting pressure to ban Russian vessels from its waters while it wages war in Ukraine, Faroe has a record of transferring 13,000t of mackerel quota that it cannot catch to the Russian fleet.

“The term ‘quota’ implies some sort of constraint on the amount of fish caught, but this is not so much a quota as a target, well in excess of what either country’s fleet can catch.

“They are looking to protect their fleets and allow their vessels to fish as long and as hard as they can. That is not what sustainability is about.

“Norway in particular has always traded on a good reputation for managing stocks sustainably. This tramples all over that reputation.”

Ian Gatt added: “The UK and EU are the only ones interested in real sustainability here, and as a result we are paying the price while Norway and Faroe mount a smash and grab raid.”

Simon Collins, executive officer of the Shetland Fishermen’s Association, said that the British government needed to deny access to UK waters to all third countries seeking to catch mackerel – including Norway and Faroe – unless they agree to fair shares of sustainable quotas.

“Access to UK waters is a vital aspect of this, because the value of mackerel is at its highest when it is around our shores due to the quality of the fish at this stage in their migration.

“That denial of access is the only way we are going to get Norway, Faroe, Iceland and others to agree a sharing arrangement based on where the fish actually are. Setting quotas well in excess of what sustainable management requires is irresponsible and short-sighted.”

EU pelagic leaders were equally critical of the moves by Faroe and Norway, suggesting that now was the time for the EU to restrict market access to catches taken by the northern states. Tim Heddema, speaking on behalf of the European Association of POs and Europêche, said: “While appealing to Norway and the Faroe Islands to work in partnership for the benefit of all, we now need a strong voice from the EU, and moreover, we need strong action.

“The solution is not to sit back and leave it to the EU vessels to compensate for the recklessness of others by fishing less ourselves – which in turn is further disadvantaging the EU industry’s market position. Instead, we have plenty of options available to counteract and deter this unacceptable behaviour, such as – but not limited to – using its power as the main market for other coastal states’ seafood exports.”

However, major pelagic processing companies have repeatedly threatened to reduce their purchasing of the three shared stocks – mackerel, herring and blue whiting – that have lost MSC accreditation as a result of the unilateral quota increases by Norway and others.

A government spokesperson said: “We are disappointed that Norway and the Faroes have once again declared inflated unilateral quotas for mackerel.

“The setting of inflated quotas will not bring about a long-term, sustainable quota-sharing arrangement, but the UK will continue to engage intensively with coastal States around the North East Atlantic in the interests of managing the stock sustainably.” 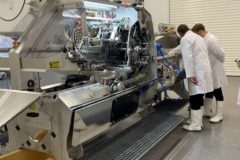 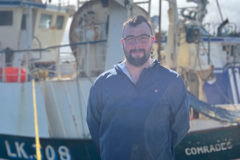