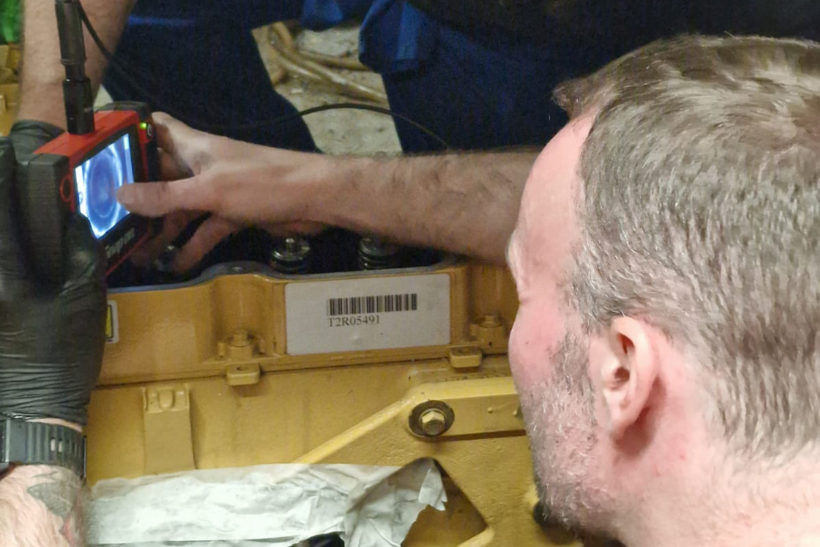 “It isn’t just the fuel savings that are worth mentioning,” Andy Pierce of Revolution Marine Engineering told Fishing News, “it is how the improved burn is helping the engine itself.”

Andy was calling from onboard the Salcombe-based crabber Emma Jane. Featured in Fishing News at the end of last year, the vivier-crabber was the first vessel in the country to fit the Ecopro self-contained hydrogen system, initially in a bid to reduce emissions of nitrous oxides.

The Ecopro has now been shortlisted as one of the two finalists in the Product of the Year category in this year’s Fishing News Awards.

Vessel owner Kevin Favis confirmed that there was much more to the system than a reduction in emissions. The small amounts of hydrogen added to the burn improved the efficiency of the engine substantially, reducing fuel bills by more than 10%. Regular oil testing, undertaken every 00 hours, also showed that the cleaner burn was greatly reducing wear and tear on the engine.

Andy Pierce and fellow engineer Dan Myers were, in theory, onboard the vessel to undertake a full top-end overhaul, due after 30,000 hours. In fact, after bore-scoping the Caterpillar C18 engine, and in agreement with Kevin Favis, they decided to postpone the full overhaul for 12 months.

“What we saw when we looked inside the engine confirmed the regular 500-hour oil tests,” Dan said. “There is way less carbon anywhere than we would have expected – the after-cooler is absolutely spotless. We are more than happy to postpone the full overhaul for 12 months based on what we’ve seen.”

With high fuel prices dominating discussions across the industry, cost savings on routine maintenance may not be the immediate priority for owners looking to fit the system, but demonstrate the long-term benefits of improving engine efficiency.

The first beam trawler in the country to fit the Ecopro, the Waterdance-owned Barentszee, skippered by Shaun Gibbs, completed its first full trip last week. 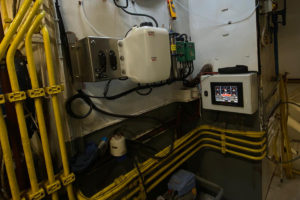 The Waterdance-owned Barentszee is the first beamer to have installed the Ecopro. An evaluation of performance after the first trip is expected shortly.

Waterdance confirmed that a full analysis of the performance of the system, powered by a Mitsubishi V12, which delivers 1,000hp, would be available soon.

With a new round of FaSS funding just confirmed by the MMO (see page 4), Ecomotus is expecting to see a flurry of orders coming through, Adrian Bartlett told FN.

“We’re gearing up for a very busy period. As we said last year, when we were looking at the results on the Emma Jane, this really is a win-win for industry.

“Not only are we seeing vessels meet stricter emission standards, we can help reduce carbon footprint by over 10%, help extend engine life, and reduce maintenance bills.

“We can see a time in the not too distant future when this equipment will be standard, with skippers wondering why, with a technology that has been known of for 100 years, it took so long to introduce.

“We’re delighted to have made it to the final of the Fishing News Awards. I hope the additional publicity given to fuel savings solutions such as the Ecopro is fully noticed by the authorities, at a time when pressure is on for us to reduce fuel use.

“It isn’t just fuel bills for owners and crews to contend with – this is a genuine step in reducing the carbon footprint of the fishing industry. It isn’t the only way, of course – a raft of measures we are seeing contribute in their own way to this – but each step helps.” 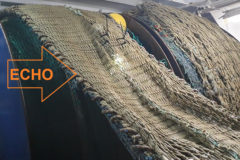 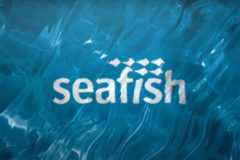 Seafish review: ‘Seal of approval’ and ‘strong steer’ on priorities