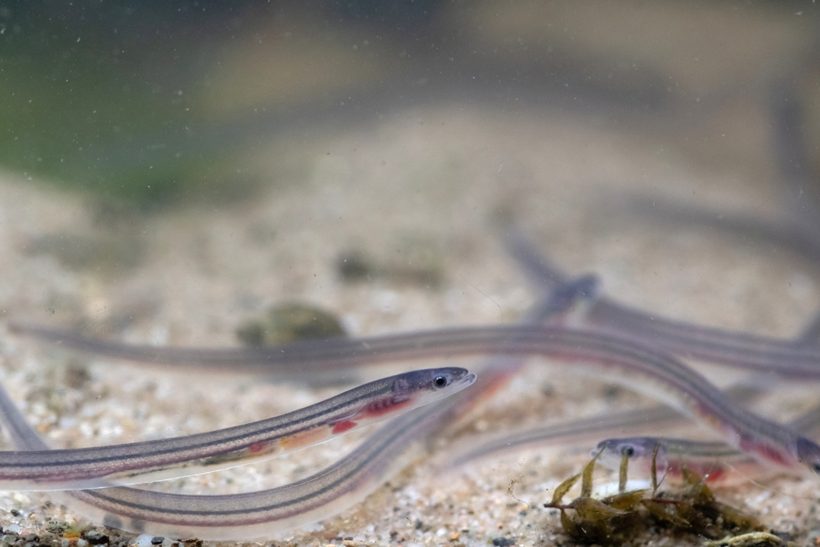 Fishing News readers with long memories may remember seeing many a small boat hauling fyke nets in estuaries and harbours for the live eel market. We carried for many years a small classified ad for Mick’s Eels, the last of the London buyers of eels for both processing and the export market, who bought from a variety of seasonal netters from all over the country.

A dramatic collapse in eel numbers, in particular the numbers of elvers returning from the Sargasso Sea to Europe, saw the fishery collapse, other than in carefully regulated fisheries undertaken in Northern Ireland. The status of eel populations was then further damaged by many fishermen switching to the capture of elvers, for sale to commercial eels farms. Unable to breed eels in captivity, these farms remain entirely dependent on the capture of these wild elvers as they enter rivers, in what can be an extremely lucrative and profitable market.

The figures involved are staggering. In 2020, a UK operator, Gilbert Khoo, was given a 24-month suspended prison sentence for smuggling an estimated £65m-worth of live eels from his storage unit in a barn in Gloucestershire to China, for sale to farmers there.

This market, once dominated by cowboy operators, has gradually been tightened up and carefully regulated, in a bid to allow wild populations to recover, boosted by conservation work to remove barriers to natural migration of young eels, and to restore lost habitats.

These registered eel producers in the UK and EU, whilst accepting that much conservation work needs to continue, have welcomed a decision at the December Fisheries Council to allow limited eel fishing to continue in 2022 under the current eel management plan, despite ICES advice for a ban. The Commission will instead launch an ‘extensive stakeholder consultation in 2022 to develop an overall concept to further reduce eel mortality’.

ICES advice was that the status of European eel remains ‘critical’. Time-series from 1980 to 2021 show that ‘glass eel recruitment remains at a very low level’ and ‘it is considered likely that the stock size is well below potential biological reference points’.

The eel sector strongly rejected the ICES advice. Both the Sustainable Eel Group (SEG) in the UK and the Netherlands Sustainable Eel Sector Foundation (DUPAN) say the advice does not reflect the scientific evidence.

Like some commercial fishermen in the UK with regard to other stocks, the eel sector has called for a review of the ICES decision-making process and governance, and for more transparency in the process.

Peter Wood, who runs Glass Eels Ltd, based in Gloucester on the river Severn, told Fishing News: “The consensus from our side was that science did not support these draconian proposals – ICES got it wrong this time.

“What is the motive of ICES, putting a wrecking ball through the sector after all the progress that we have made in the last 15 years? Ironically, some of the progress is based on their own advice. It is important that we do not lose sight of the direction of the overall stock recovery plan.

“There is now some concern that the ACOM [Advisory Committee on Management] group that makes these decisions has developed some sort of bias driven by politics and not science.

“I think this is particularly worrying for all of us across all sectors, if ICES is capable of making these sorts of errors of judgement that could be life-changing. If we are to trust ICES in the future, there needs to be a greater level of transparency in their decision process and governance.”

He said the fundamental rules of stock assessment in this case went ‘very wrong’, and that there was ‘a significant amount of data’ to suggest that the eel management regulation 1100/2007 was ‘going in the right direction’.

“These are projects that have to be viewed over decades with a species like the eel, with a generation time circa 15 years. What ICES set out to do was dismantle all the good work
we have done over the last 15 years. I think it is important that we challenge these sorts of decisions.”

Peter Wood said the ICES advice was ‘a complete about- turn’ on previous advice. Natural Resources Wales had closed all Welsh eel fisheries on ICES advice, and investment in the sector had stopped because of the uncertainty of the future, he said. “If it was their intention to destabilise the sector, it has been a success.”

He said his business was at a standstill, and that while the EU Council had agreed the fishery could continue, he was awaiting a decision from Defra with respect to the ICES advice.

“I afraid for us nothing has changed. We are on stop, and I am unable to gain any traction anywhere to try to break the deadlock. We can export to Northern Ireland, but it has to be by road – a 12- to 15-hour trip. We are not allowed to use our aircraft – a one-hour-15- minute trip.”

He called for the progression of the eel management plan adopted under the European Eel Regulation in 2007, which halted the decline in young eel immigration after 2011.

“Let’s continue the move forward and fully implement the protection as agreed in the EU eel regulation, and so fulfil our promise to the eel for a sustainable protection across its distribution area.” 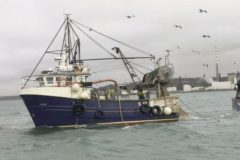 Report issued by MCIB on loss of Aztec 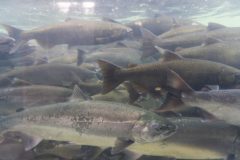