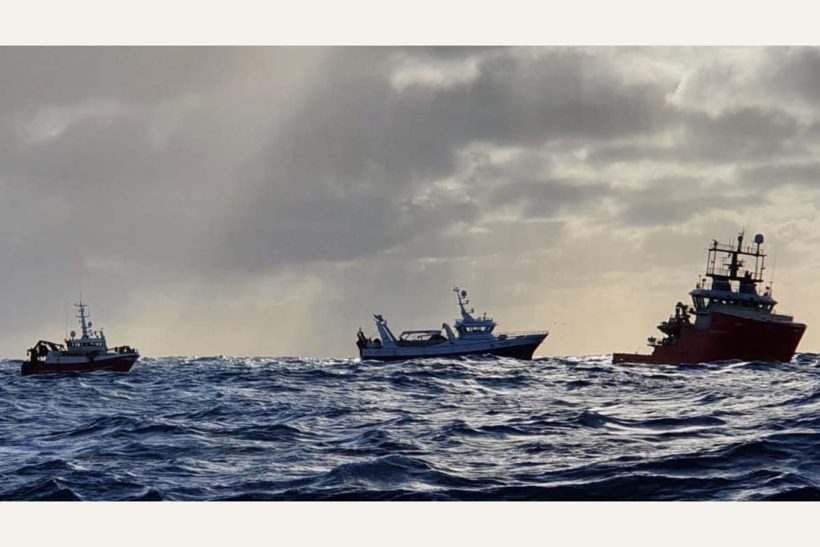 The Aith RNLI lifeboat crew were involved in an epic rescue operation on 22 October after the Enterprise II BF 1 lost power in waters west of Shetland.

The 26m trawler had lost power the previous evening, and had been drifting overnight 50 miles west of Scalloway, as other vessels nearby attempted to restore power or take her under tow in worsening weather conditions.

The vessel, which had six crew onboard, began taking on water through the early hours of the morning as weather conditions continued to deteriorate, with winds gusting up to force eight.

The MCA requested that the Aith lifeboat launch just before 7am, and it headed to the stricken vessel to assess the situation. The MCA’s rescue helicopter had also landed extra pumping equipment onboard to help clear the hold of water.

The RNLI Charles Lidbury arrived alongside Enterprise II by 9.50am, and the Orkney vessel Aalskere, which had been fishing nearby, managed to establish a tow line shortly after.

Spare torches, batteries and an extra handheld VHF radio were passed over to the crew of the Enterprise II, as their vessel had lost power completely.

The lifeboat crew escorted both fishing vessels safely back to harbour in Scalloway by 11.45pm. The RNLI crew then returned to the lifeboat pier in Aith after a 20-hour operation.

Aith lifeboat coxswain John Robertson said: “We’re grateful to the vessels nearby who responded to this incident: the oil industry standby vessel Grampian Dynamic and nearby trawler Norlan worked with emergency services and RNLI volunteers to offer standby safety cover.

“Special thanks go to the crew of the Aalskere for helping tow the broken-down vessel to safety. This has been a lengthy rescue operation for everyone concerned with testing sea conditions, but effective teamwork has ensured the safety of all involved.

“My thanks also to our RNLI volunteers who came out in poor conditions and did what they are trained to do – only getting home again at 3am.”

Enterprise II skipper James Lovie told the Press and Journal: “HM Coastguard helicopter crew did an awesome job when they delivered a pump to Enterprise II, when the vessel lost power and started taking water.

“Also not forgetting the skipper/owner and crew of the fishing boat Aalskere, who finally got us under tow and safely returned us to port, where they welcomed us to come aboard for a hot meal and charge our phones.

“We appreciate greatly all those who were involved, and helped get us back to shore.” 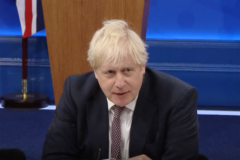 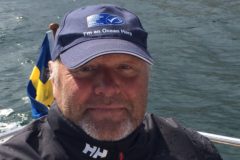