The yawning gulf between the EU and the UK government over Brexit fisheries arrangements was made starkly apparent last week, after the EU set out the legal draft of its free trade negotiation guidelines, reports Tim Oliver 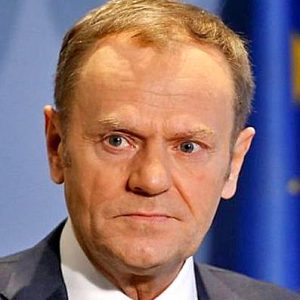 Donald Tusk, president of the European Council, presented the EU’s draft legal negotiating text that must be signed off next week (22 March)

Presented by Donald Tusk, president of the European Council, the document specifically links trade to fishing rights and says ‘existing reciprocal access to fishing waters and resources should be maintained’. This is diametrically opposed to the UK fishing industry and government position that fisheries and trade are separate issues, spelled out by Brexit minister David Davis to MPs last week.

And fisheries ministers Michael Gove and George Eustice have repeatedly backed this position, although PM Theresa May has been more ambiguous in her comments.

Industry fears that the government will sell out the industry in pursuit of other objectives were increased when Chancellor Philip Hammond suggested after a speech in London last Wednesday that the government would be willing to negotiate fishing access for EU countries, in return for a deal for the financial services sector.

The EU document also says the UK cannot ‘cherry pick’ which parts of existing trade arrangements it wants to keep, and Mr Hammond was asked if he agreed the EU was itself trying to ’cherry-pick’, and if he would find continued EU access to British fishing waters acceptable.

The Chancellor replied that the document had to be seen as a negotiating strategy. He said: “In terms of fishing, fishing is an iconically important British industry, and we are very clear that we are taking control of our waters. But of course, we would be open to discussing with our EU partners about the appropriate arrangements for reciprocal access for our fishermen to EU waters, and for EU fishermen to our waters. We would have to negotiate the basis on which such an arrangement could be fair and appropriate for us.”

A spokesman for Theresa May said: “We are not going to be trading away fishing rights for other things.”

The EU document brought an angry response from industry leaders, calling on the government to reject the EU plans.

SFF chief executive Bertie Armstrong said: “There cannot be ‘fairer shares’ for our fishing communities if we maintain existing reciprocal access. This latest gambit must be rejected. When we leave the EU, we leave the CFP and assume our rightful place at the table as a coastal state.

“Each year, we will then decide who catches what, where, and when. The days of the EU taking 60% of our fish are coming to an end.”

NFFO chief executive Barrie Deas said it was clear there is now ‘a very wide gulf’ between the EU and UK on fisheries issues. The linkage between fishing access and trade in the EU draft document was not a surprise, and simply spelled out what was the EU’s known position.

He said: “Clearly, fishing is a very high priority for the EU and, equally, for the UK. Fishing has never been so high in political priorities as it is now, and the political cost of betraying fishing in the negotiations would be very high – the political arithmetic and the government’s lack of a majority point to that.

“This is an opening position, and it’s all down to the negotiations.”

He said: “As an opening gambit goes, the EU’s stance is arrogant, absurd and nonsensical. The UK will become an independent coastal state on 29 March, 2019, and we insist that it exercises its rights and responsibilities as such immediately.

“No coastal state currently offers the EU guarantees of access to its waters and natural resources, and neither should we.”

Fishing for Leave (FFL) slammed what they said was the EU’s ‘opportunism, cynicism and hypocrisy’, and said the government’s response would be an ‘acid test’ of its intentions towards fishing.

FFL’s Aaron Brown said: “This is cynical and hypocritical in equally big measures. Nowhere else is access to fisheries included as negotiating collateral for a free trade agreement.

“For an EU that’s keen to avoid ‘cherry picking’, they are after the sweetest cherry of them all – to continue pillaging £3-4bn-worth of fish from our rich resources that were sacrificed to the EU to join.

“The only way fishing can be included in a free trade deal is if our government capitulates to this demand and sacrifices what’s left of Britain’s fishing.

“The EU has put a gun to Mrs May’s head with this demand, which is now an ‘acid test’ that she either resoundingly rebuffs or capitulates to – the time for platitudes is over.

“Mrs May either backs Mr Gove and Eustice’s welcome calls to scrap the CFP on March 2019, or capitulates and sacrifices fishing for a second time, which would see the Conservatives obliterated in coastal constituencies from Cornwall to NE Scotland.”

The document must be signed off by the leaders of the 27 remaining EU states at a Brussels summit next week (22 March), when the terms of any transitional deal must also be agreed. 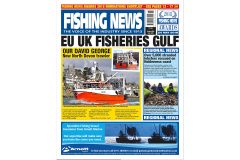 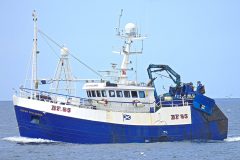