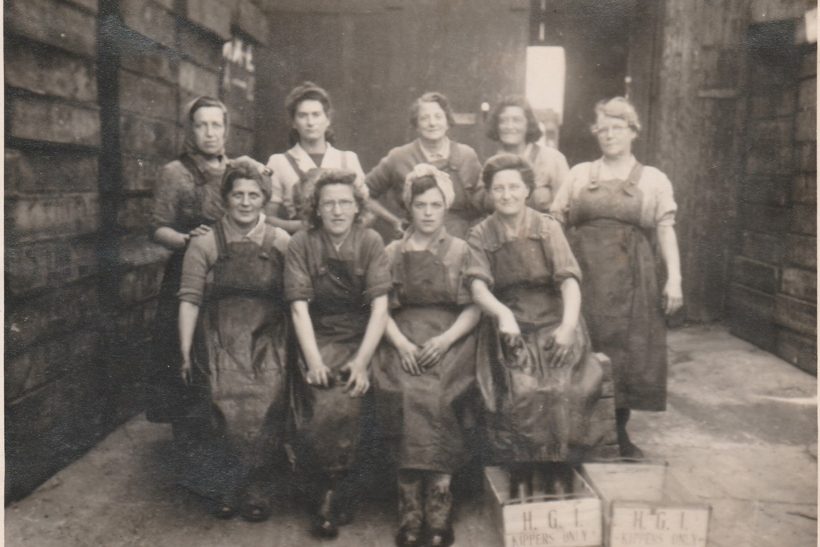 A new exhibition about the important role of women in the fishing industry over time is now open at the Old Low Light Heritage Centre at North Shields Fish Quay.

The exhibition, entitled ‘That’s Women’s Work’, will run until the end of the year and looks at the changing roles of women in the fishing industry over the past 150 years.

That’s Women’s Work includes stories about the journey of the Scottish ‘herring lassies’ who every year, from early summer to late autumn, followed the fishing fleet down the east coast.

The exhibition also spotlights the lives of local fishwives who packed creels with fish, how women whose husbands were at sea coped with tragedy and hardship, and the support provided by the Fishermen’s Mission.

It also looks at local women who worked in the fish-processing factories on the Fish Quay, women’s seafaring superstitions, and the modern-day roles of women in the fishing industry.

“The exhibition shows how, over time, women have played an important role in fishing and maritime-related industries,” said Nina Brown, co-ordinator of the team of volunteers who researched and curated the exhibition. “We started by researching the fascinating story of women who travelled every year during the herring season from northern Scotland, stopping off at ports along the coast to clean and cure the catch.

“There has also been much interest from local people who have told us about their mothers, grandmothers and great-grandmothers who worked in the fishing industry, and who were also the backbone of the family when their husbands were away at sea.”

The exhibition includes works by local artists and includes a ‘cabinet of curiosities’, hand-knitted traditional fishermen’s ganseys, and a shoal of herring that have been knitted by volunteers. 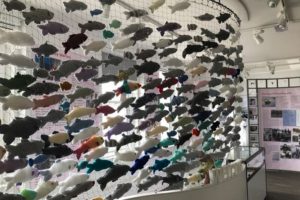 The exhibition includes a shoal of knitted herring hanging in a net at the entrance to the gallery.

“Local people have provided stories and photographs, but we also asked if they would knit a herring,” Nina continued. “The response has been wonderful and at the last count we had more than 250, which are now hanging in a net at the entrance to the gallery!”

The exhibition has been funded using money raised by plant sales organised by volunteers. “We are indebted to local people who have supported this exhibition in so many ways over the past year, during lockdowns and periods of restrictions,” Nina added. “We look forward to welcoming them to our gallery in the coming weeks and months and sharing stories of these strong, independent and hardworking women.”

That’s Women’s Work will run until 31 December. Tickets cost £4. Find out more about the exhibition here. 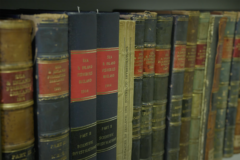 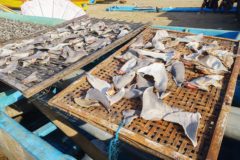