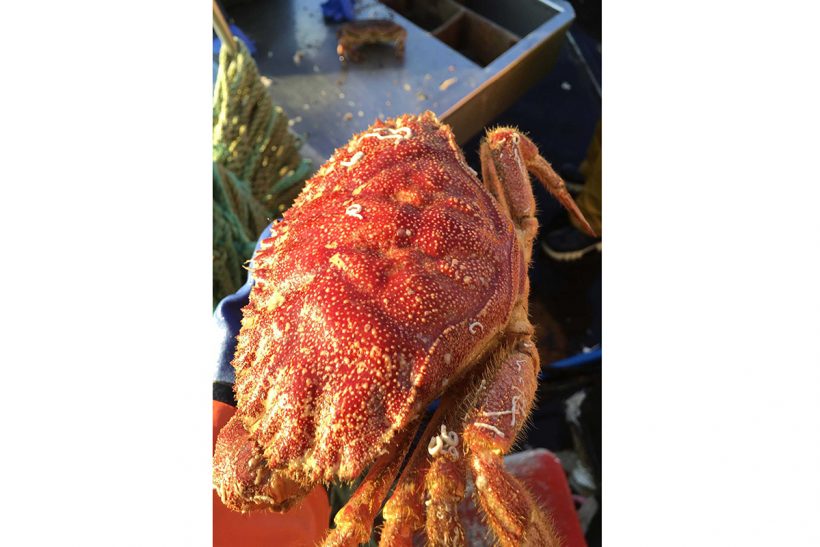 This unusual catch came aboard the crabber Handa Isle while fishing for brown crab at the start of the month, reports Pauric Gallagher.

Above: This toothed rock crab is only the third recorded catch in Irish waters.

The crab has been identified as a Toothed Rock Crab (Cancer bellianus) the only other species of Cancer known to occur in NW European waters after brown crab.

Handa Isle, which operates out of Magheroarty, caught the wayward crab in its gear in 50 fathoms of water, 25 miles northwest of Tory Island lighthouse, off the Donegal coast. 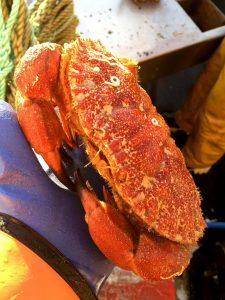 A relative of the more familiar brown crab, the toothed rock crab has rarely been recorded from Irish waters. Indeed, there are only three known previous records. Although their range extends from Morocco to Iceland, toothed rock crabs are more common to the south of their range.

Declan Quigley, of Dingle Oceanworld, told Fishing News: “This really is an unusual catch in Irish waters. I’ve been in touch with a number of colleagues in the UK and USA, who are crustacea experts, about this rare catch and it has been positively identified as a toothed rock crab (C. bellianus).”

Toothed rock crabs are found at depths ranging from 50m to over 700m and are very similar to the brown crab, with a broad, oval carapace and black tips to the claws. However, the toothed rock crab has rows of small, serrated teeth around the edge of the carapace, and the pale brown shell is spotted with red. Individuals normally grow to about 130mm carapace-width. 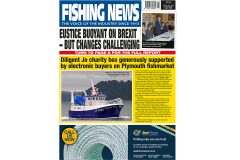 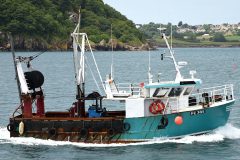